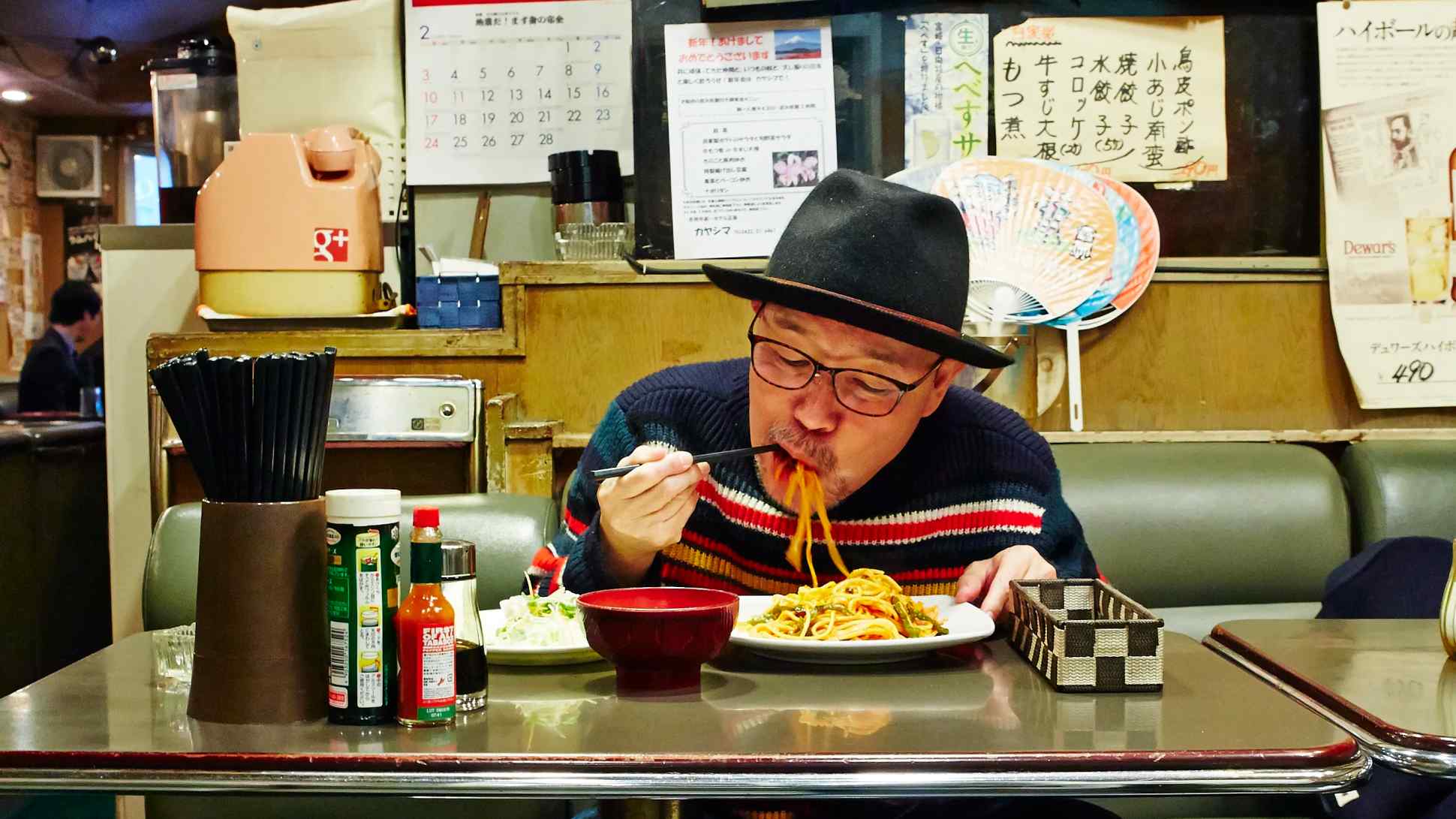 Author Masayuki Kusumi tucks in to a plate of pasta.
Life

The art of eating alone

Why are hundreds of thousands of Japanese poring over the culinary musings of a fictional salesman? We meet the Solitary Gourmet

In Japan hundreds of thousands of people follow the culinary life of Goro Inogashira -- and everyone likes him. But this isn't Instagram. Inogashira has no social-media account; he's not even a real person. He is the lone character in "Kodoku no Gurume (Solitary Gourmet)," a popular manga comic originally released in the 1990s and now a hit TV show.

The story -- so much as there is one -- revolves around the food that the protagonist eats at unremarkable restaurants between meetings on business trips. Inogashira is in his late 30s or early 40s (the comic doesn't specify) and runs his own modest imports business in Tokyo. The food he eats ranges from a 130 yen ($1.21) plate at a sushi restaurant to a bento box on the shinkansen. Occasionally Inogashira tucks in to a guilt-inducing assortment of goodies from a convenience store at his desk at midnight.