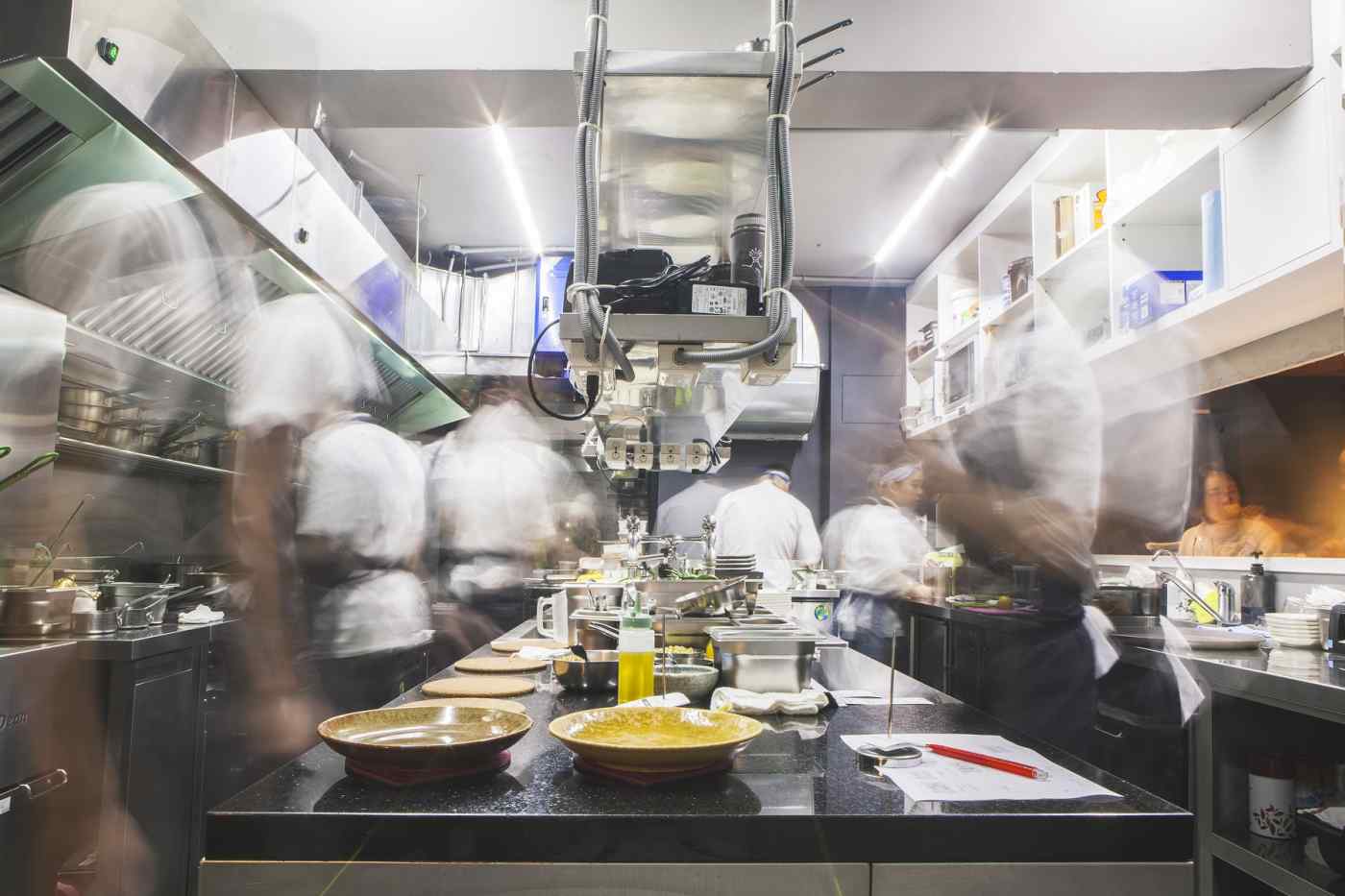 TAIPEI -- When Eric Liu returned to his native Taiwan to found Gen Creative in 2015, he wanted to bring with him the "West-coast philosophy" of cooking with organic ingredients grown on small-scale farms.

But there was one glitch: Liu couldn't find the local produce he wanted for his new restaurant.

"When we first opened, I called vendors and made appointments, but eight times out of 10 they wouldn't show up," he recalled. "We had zero network here, and we hit a lot of walls with regard to sourcing."

Born in Taiwan and brought up in both Taipei and California, Liu spent 10 years working at high-end restaurants in Las Vegas, further developing the farm-to-table ethos that had underpinned his training at California's Culinary Institute of America.

Influenced by chefs such as Dan Barber of New York's Blue Hill Farm, who has revived ancient plant species and led global campaigns to combat food waste, Liu was determined to make sustainability a priority at Gen Creative. 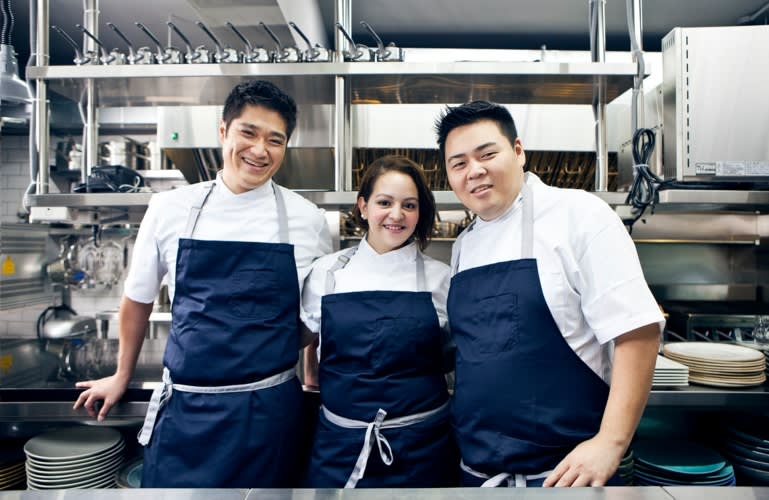 He "wanted to start a community of chefs, like in the States," to promote organic agriculture and eco-friendly practices. In 2016, he organized a mid-autumn barbecue with a group of friends -- including Taiwanese chefs Wes Kuo and Nick Sor, and consultant Sandra Lee -- and invited like-minded people in the food world to discuss problems in the restaurant business.

What started out as a party of six swelled to a gathering of more than 40 members. The group decided to turn the informal meeting into an annual event aimed at industry professionals. They dubbed the project, "Cookmania" -- a reference to the delightfully chaotic nature of the festival. The following year, roughly 500 people joined; this year, the event opened to the public for the first time, attracting 2000 guests over the course of two days in late September. 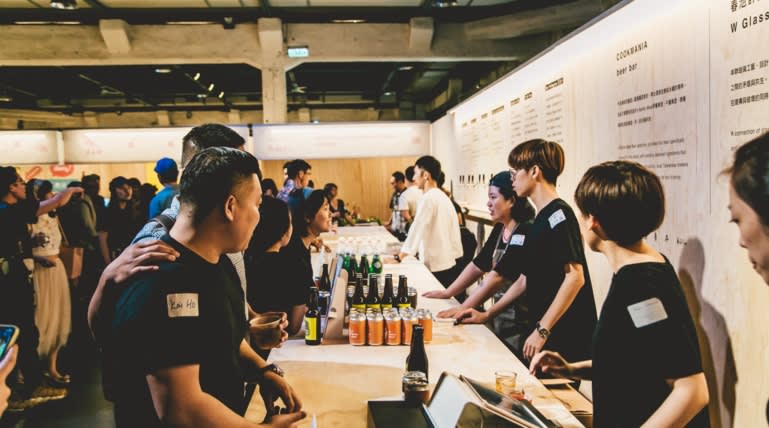 Cookmania started out as a small gathering of like-minded professionals, but has grown into an annual event welcoming over 2,000 people. (Courtesy of Cookmania)

"These messages are starting to get through, so we can be more aggressive about being part of this movement," said Eugene Teng, of District One Kitchen.

In the past few years, awareness of sustainability issues has grown among cooks as well as consumers. The rise coincides with the recent flourishing of a diverse and sophisticated dining scene, led by innovative chefs who are championing Taiwanese products and instilling a new sense of pride in local food culture.

In 2014, chef Andre Chiang, who was born in Taiwan, closed his eponymous restaurant in Singapore to open Raw in central Taipei, which showcases the island's produce in modern riffs on classic dishes.

In the same year, Alex Peng launched Akame, where he creates contemporary cuisine based on wild plants and indigenous ingredients, in a remote mountain village on the southern coast. In 2016, Kai Ho, a native of Taichung, began serving French fusion rooted in Taiwanese traditions at restaurant Tairroir. 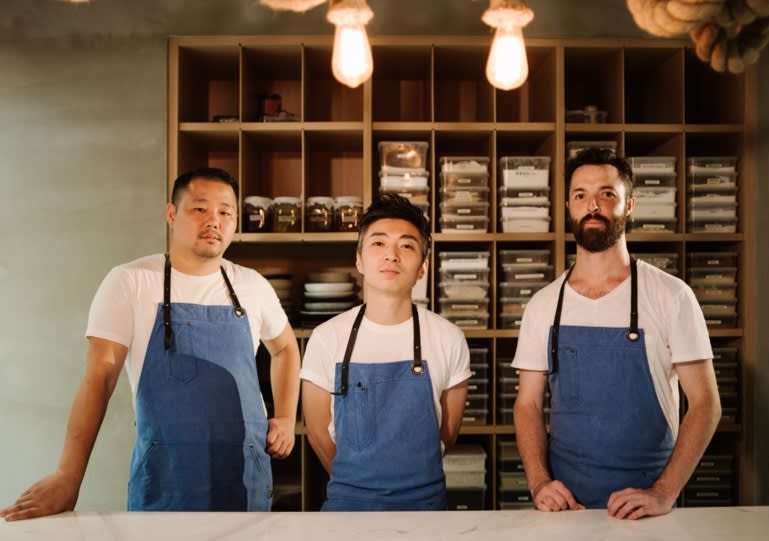 After working at the famed Noma restaurant in Copenhagen, Long Xiong, Richie Lin and Kai Ward founded Michelin-starred Mume in 2015, where they craft Nordic-influenced dishes with Taiwanese ingredients. (Courtesy of Mume)

The trio brings a new Nordic approach and aesthetic to dishes such as kampachi crudo and pickled green mango in a piquant sorrel sauce scented with geranium, and crispy tostadas made from Taiwanese black quinoa, topped with a flurry of edible flowers and fresh herbs.

Their success has inspired others, helping to create a market for lesser-known products. "In the past, we didn't use things like sunflowers because we weren't sure they would be tasty, but restaurants like Mume and Longtail [run by Hong-Kong chef Lam Ming Kin] gave us new ideas," said Ian Lee of Island 1 Kitchen. Mume brings a new approach to Taiwanese ingredients with additions like edible flowers.

"We have to change the mentality of farmers," said Gen Creative's Eric Liu. "Most grow crops to meet the demand of the mass market. Store after store, it's all the same thing. Chefs have pushed back on this, and now it's a two-way street."

Liu's vision of sustainability, however, extends far beyond a refrigerator full of organic vegetables. He delivers talks and workshops to educate the general public about sustainable farming and fishing. At Gen Creative, he trains his team to "extend the life of the ingredients" and reduce waste in the kitchen. Leftovers and trimmings are cooked into tasty meals for the staff. Portions of these meals are frozen and collected every two weeks by an organization that distributes meals from restaurants to impoverished children in the area.

One day, he hopes to create a food bank with a centralized kitchen that would allow chefs to recover edible food waste and cook for people in need.

Right now, his focus is on training the next generation: "Teaching how to cook is easy. We are going to train [them] to become good leaders, and good leaders put the needs of others first," he said.