TOKYO -- Over the years, doctors, nurses, pharmacists and other medical practitioners who protect our lives and health have been depicted in manga. Following is a list of 10 medical manga from the 2000s, put together now that many of us are taking an interest in those who have put themselves on the frontline in the fight against the novel coronavirus.

The summary of each comic is followed by (1) name(s) of author, (2) publisher, (3) number of published volumes and (4) price of the latest volume (price plus tax).

Bakka, a third-year high school student studying nursing, takes up her mother's suggestion and starts working as a part-time apprentice nurse at a gynecology and obstetrics hospital. The hospital is not only a jubilant place where new lives come into the world but also a place of difficult experiences -- abortion, a newborn abandoned in a paper bag, a mother suddenly losing her baby, a 14-year-old finding out she's pregnant and a woman giving birth at the risk of her own life. The story is based on experiences the author encountered in 1997 when she worked part time at a hospital. The author's way of cartooning even serious and stifling scenes gives readers a sense of relief. Midori Aoi, a pharmacist at a general hospital, not only provides medicines to patients but also raises prescription questions with doctors as part of her responsibilities. But she feels doctors consider her questions bothersome and wonders if pharmacists are unnecessary. Nevertheless, she scurries through the hospital to protect her patients' quality of life. The story attracts readers curious about how experts handle certain drugs. Keiichiro Kishi is a pathologist who diagnoses diseases through anatomization and other means. Kishi has a solid diagnostic eye backed by vast knowledge but his sharp tongue often gets him into clashes with colleagues. The pathologist and other unique characters collide on matters involving patients and diseases as well as over topics affecting the medical industry. The story details the difficulties in determining the causes of diseases and the actual conditions in a hospital. 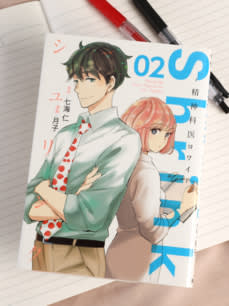 The title comes from the derisive Americanism for a psychiatrist. While many Japanese suffer from panic attacks, depression, developmental impairments and other mental disorders, they are often reluctant to seek psychiatric treatment. The main character, whose name means "fragile" in Japanese, tries to change the nation's mindset and rescue as many people as possible from mental disorders. Obstetrician Sakura Konotori is also a pianist who, because of his uncertain age and background, is called "Baby." Konotori is a Japanese word for stork. Numerous storylines unfold -- such as a pregnant woman who has not received a physical checkup and fears a miscarriage -- that make the reader feel like something is stuck in their throat. 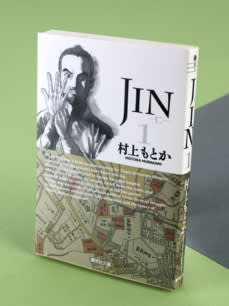 Jin Minakata, a brain surgeon at a university hospital, accidentally travels back in time to the 19th century, in the waning days of the Edo period. In the absence of electricity, antiseptic solutions and antibiotics, he saves lives while recognizing that his work will alter history. The story is overwhelmingly intriguing as it takes up questions about the foundation of medical treatment while vividly describing the life of people in the Edo period. 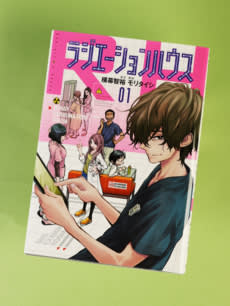 Iori Igarashi is a medical radiological technologist who takes X-rays and computed tomography images, and uses other diagnostic imaging technologies. He is excellent at his job but poor at communicating with others. He is employed by a hospital where his childhood friend An Amakasu works as a radiologist. Although An initially feels hostile to Iori, who finds out truths about diseases and injuries, the distance between them gradually narrows.

Rieux wo Machinagara (While Rieux Waits) 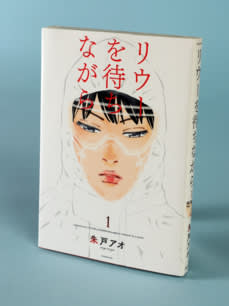 Rieux wo Machinagara (While Rieux Waits)

In Yokobashiri, a beautiful fictional town at the foot of Mt. Fuji, a member of a Ground Self-Defense Force unit stationed there suddenly vomits blood and collapses. Others are likewise afflicted and die. People flock to local hospitals, and the situation deteriorates. Physician Suzuho Tamaki and other doctors confront the spread of an infection as daily life gradually collapses. "Rieux" in the title comes from the name of a doctor in "The Plague," a novel by Albert Camus. 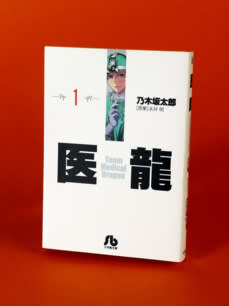 Ryutaro Asada, a surgeon who has saved many lives as head of a medical team sent to a developing country, is exiled from the medical field after rejecting a professor's order. He is recruited by Akira Kato, an assistant professor of Meishin University, who wishes to reform the university hospital. Asada asks for permission to recruit a team of skillful surgeons. The story realistically describes dramas ranging from emergency life-saving work to power struggles inside and outside of the hospital. Pediatrician Makino is dispatched from a university hospital to an elementary school to replace the school nurse, who is on maternity leave. He deals with diseases such as narcolepsy, anorexia and bulimia as well as Bell's palsy, facial paralysis. Though an ungenial, rough talker, Makino gradually earns respect based on his acute observations of diseases.