The plight of Kashmir's transgender community 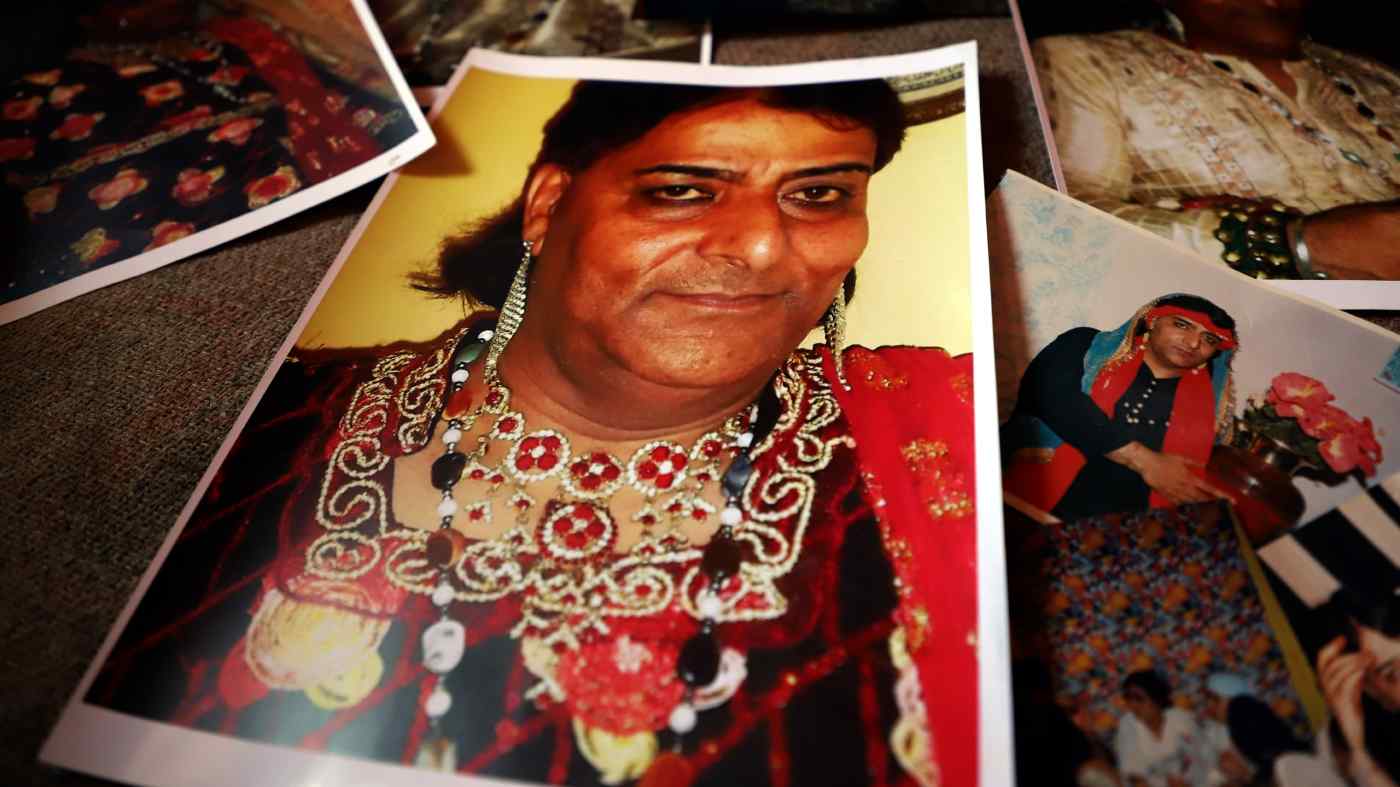 Postcards of Kashmir's transgender community in the house of Reshma, a well-known singer and dancer in the community. (Photo by Bhat Burhan)
BHAT BURHAN, Contributing writerApril 3, 2021 08:00 JST | India
CopyCopied

SRINAGAR -- In the 12 years since the creation of International Transgender Day of Visibility, transgender men and women have become more integrated and accepted across the world. Yet, in India-controlled Kashmir, the community exists in a world apart.

Despite their notable presence as brightly dressed beggars along the nation's roads, bus stops, and railway interchanges, India's transgender people have always struggled to win acceptance in a country fraught with sociocultural and political frailties. Today, across India, the transgender community remains untraceable.

But in restive Kashmir, their plight is even worse, given political instability. In Kashmir, transgender people form a tiny minority of an already marginalized minority that has always found it hard to make its voice heard.

Near Srinigar's famous Hari Parbat, the hill overlooking Kashmir's summer capital, ask any local in this shantytown of tin sheds and other crudely built shacks about Sheenu, and one is met with a look of shocked disgust. "She is a sex worker, and is only seen at night," comes the typical reply.

In her mid-20s, Sheenu is a prominent member of Srinigar's transgender community, and lives with her family of four who prefer not to speak to outsiders about Sheenu's real identity.

With a total population of 4,000, Kashmir's transgender community lives in fear of being targeted, Sheenu said. "I have a lot of friends who prefer not to reveal their identities as they fear repercussions, like abuse from their families and relatives," Sheenu told Nikkei Asia.

Despite the prejudice that the transgender community in Muslim-majority Kashmir faces, many of them are actually their families’ breadwinners. Like Sheenu, who dropped out of high school after being constantly harassed and threatened. "I was verbally and actually attacked constantly in my school -- my classmates used to pull down my pants which made me tormented," she said.

Without much opportunity for regular work, Sheenu began to sell sex. She recalled that it all began when a man in his 40s offered her about 2,000 Indian rupees ($27) to spend the night with him. For Sheenu, that money not to be sniffed at. "I brought in cash, a great deal of cash," she said. Before she knew it, she was taking bookings via phone calls, text messages and dating websites. 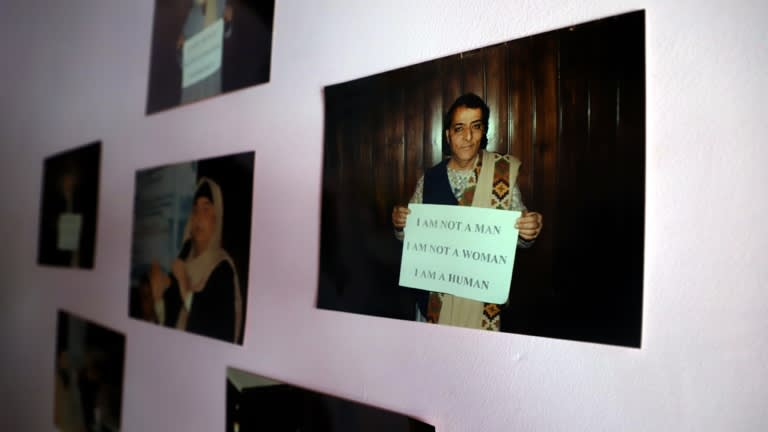 Kashmir transgender activist Reshma, a well-known singer and dancer, has been one of the lucky few able to turn a craft once the COVID-19 pandemic hit. (Photo by Bhat Burhan)

She kept up her business, while others performed at weddings to make money until Aug. 5, 2019 when the Indian government stripped Jammu and Kashmir of its special status as an autonomous region. Following this decision, to prevent any retaliation, New Delhi imposed a harsh lockdown and a communications blackout in the region, killing off all sex work for Sheenu and wedding gigs for others in the community. Once again, Kashmir’s transgender population found itself on its knees.

Within months, the coronavirus hit all corners of the world and India imposed its second lockdown in the region. Any hope of returning to normality vanished in the near term.

Reshma, a well-known singer and dancer in the community, was one of the lucky few who was able to turn to another skill -- sewing which she learned when she was little. She now makes a decent living from tailoring at home. "Presently I sew clothes to bring in some cash," she said. However, Reshma yearns to return to performing at weddings. "I cannot stop myself from singing. I want to perform at weddings again and earn some more cash," she told Nikkei Asia.

Last year, transgender activists in India appealed to the government to ensure that the community had access to rations, essentials and medicines during the coronavirus pandemic. To this end, the Ministry of Social Justice and Empowerment set up a scheme to help the transgender community across India. But in the Kashmir region, just eight individuals received any assistance and none in the community received any food ration as part of the special arrangement, according to Aijaz Ahmad Bund, a local LGBTQ activist.

Bund said: "I was able to reach out to only eight people. We had to fill the forms online and over low-speed internet -- 2G, it was difficult."

It was only on Feb. 5 this year, over 500 days after the first lockdown, that Indian authorities passed an order that allowed the resumption of high-speed mobile internet services in the region. By this time, the region’s economy, like the rest of the world, had contracted and most online businesses had been strangled.

Bund claimed that around 15% of the transgender community were in the sex trade before the two lockdowns but he was now unclear how many of them were on the streets, given the evaporation of other jobs. "Whatever means of livelihood they had, have been dismantled and there is the possibility that the trade might have been increased," he told Nikkei Asia.

Sheenu, for one, is still working, even though she faces the threat of COVID-19. "You never know who is carrying the virus. But, I have no alternative to feed my family," she said.