Celebrity chefs open restaurants to tempt the most discerning diners SHANGHAI -- If you start from China, it takes some effort to visit Da Vittorio, a three-star Michelin restaurant, outside Bergamo in the hills of northern Italy. You have to plan and make your reservations weeks in advance. And you may need a detour: It does not fit easily into the standard whistle-stop tour of Italy, usually focused on Rome, Florence and Venice.

But so many Chinese travelers have made the culinary pilgrimage to the hillside village of Brusaporto, where Da Vittorio was founded over 50 years ago, that the restaurant has decided to come to them -- and has opened a branch this summer in Shanghai.

The original restaurant, founded by the Cerea family in 1966, is a legend in Italy. The Shanghai branch is the second foreign outpost after one in Switzerland, in the resort of St. Moritz. 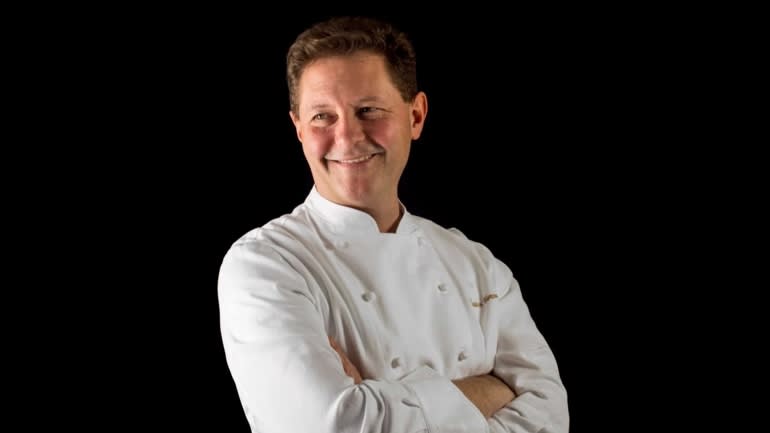 Chinese diners have long appreciated Italian fine dining, not least in Shanghai, which is now seeing an explosion in the opening of Italian eateries. Other newcomers include another affiliate of a famous Italian original -- Terra Shanghai, which is modeled on Terra - The Magic Place, a two-star Michelin restaurant owned by the Schneider family in Sarentino, in the Dolomite mountains.

At Da Vittorio, Enrico Cerea (aka Chicco), the executive chef and the oldest son of the founding family, explains that the idea for setting up in Shanghai came from hosting the increasing numbers of Chinese guests in Brusaporto. "One of our guests suggested establishing Da Vittorio Shanghai," he says.

Also making up the list are a couple of luxury hotel establishments -- Il Ristorante - Niko Romito, in the Bulgari Hotel Shanghai, and Arva, at the Amanyangyun resort, on Shanghai's outskirts. 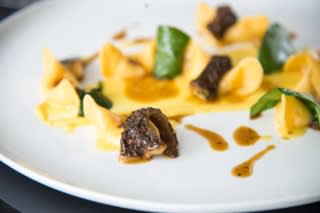 From the kitchen of Da Vittorio Shanghai: Casoncelli filled with taleggio cheese, corn and mushrooms (Courtesy of Cliff Yu)

The Cerea family has prepared carefully by sending a team of trained professionals from Europe, including the resident executive chef Stefano Bacchelli.

Cerea says that Da Vittorio has inherited the soul of the Cerea family in offering authentic Lombard classics in a modern style. But "slight adaptations" for local tastes are allowed, he says. "Taking risotto, for example, we cook rice softer as Chinese prefer."

As Chinese people are often worried about the sourcing of food in China, the restaurant takes great care in procuring fresh ingredients. "Our Chinese owner is able to find the proper suppliers from everywhere," says Cerea. If something does not work out, the restaurant produces alternatives. For example, the Cerea family in Italy runs a winery, but its Chinese operating license does not permit it to import wines. So the Shanghai cellar, with over 600 fine wines, is stocked from other brands.

While Da Vittorio Shanghai emphasizes the creative family traditions of its founders, Terra Shanghai takes a more adventurous approach, with a wide-ranging interpretation of modern Italian cooking. Executive chef Sandro Zheng suggests this innovative spirit differentiates it from other Italian fine-dining restaurants in Shanghai. It also pushes customers' expectations to the limits. "One of the challenges is that strongly spiced dishes are not widely accepted," says Zheng. 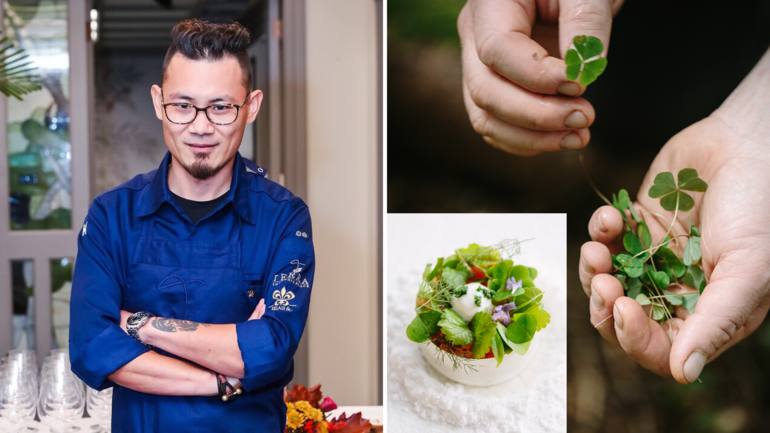 The Italian original is open to reasonable adjustments to local tastes and needs. For instance, Zheng chose Australian beef rather than Italian beef after talking to Heinrich Schneider, founder of Terra - The Magic Place.

Except for some specific types of fresh produce from Sarentino, most of the Italian ingredients can be accessed from local Chinese suppliers. "Because our Chinese owner has an organic farm in Chongming Island, a suburb of Shanghai," Zheng says, "we get what we plant, including fresh herbs and spices."

Zheng agreed that some Chinese guests might grant him less respect as a Chinese chef heading an Italian fine-dining restaurant than they would if he were Italian. But Zheng believes that his Asian background enriches his visions of modern Italian cuisine. "The new menu is coming soon, in which there will be more creative input from my side," Zheng says. 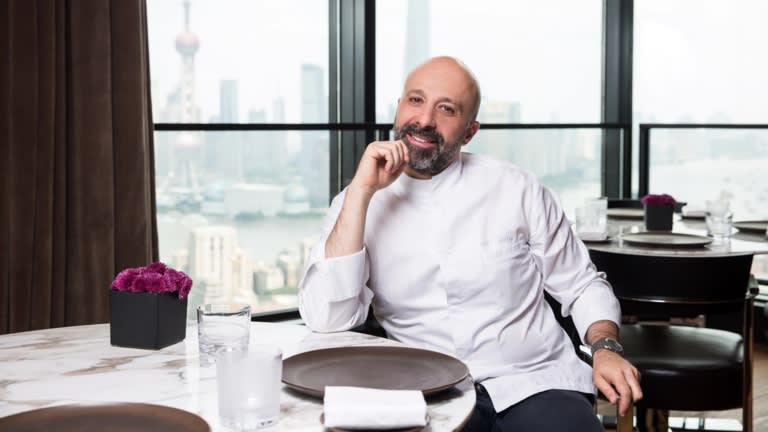 Il Ristorante - Niko Romito is the latest collaboration between the Bulgari luxury hotel chain and celebrity chef Niko Romito, whose culinary home is Reale, a three-star Michelin establishment in a 16th century monastery in the Abruzzo region of central Italy.

Romito takes a no-compromise approach. "The menu in Shanghai is without any local adaptation, otherwise real Italian will be gone," he says. He says he sticks to a true "canon" of contemporary Italian cuisine in his restaurants around the world, so the dishes in Shanghai are the same as those elsewhere. It seems to work: The Shanghai restaurant was awarded a Michelin star within three months of opening. Located on the outskirts of Shanghai, Arva sources fresh ingredients from nearby farms. (Courtesy of Arva)

Meanwhile, Arva combines a healthy respect for deep-rooted Italian culinary traditions and imported Italian ingredients with sourcing fresh ingredients from nearby farmers and suppliers -- benefiting from its location more than 30 km away from central Shanghai.

As the newcomers develop their clientele, older-established Italian restaurants are rising to the challenge. No one knows better than 8 1/2 Otto e Mezzo Bombana Shanghai, a two-star Michelin restaurant that opened in Shanghai over seven years ago. Executive chef Riccardo La Perna says the restaurant pioneered Italian fine dining in the city but life has become more competitive as more and more big Italian brands open flagship restaurants.

Perna says that everybody faces the same issue -- sourcing. "The biggest challenge in mainland China is searching out the greatest ingredients which are as good as in Italy." He adds: "We don't want to adapt to local tastes, but we do follow the local seasons and use some local delicacies, such as abalone and Yunnan mushrooms, and local poultry and vegetables."

Meanwhile, the guests are growing more discerning. Perna says: "The guests we serve are much more sophisticated now. They often travel to Europe and increase their appreciation for our culinary formulae."