The salaryman's guide to finding 'me time'

Hop on a Ferris wheel, sip luxury tea or chill out on an airport deck 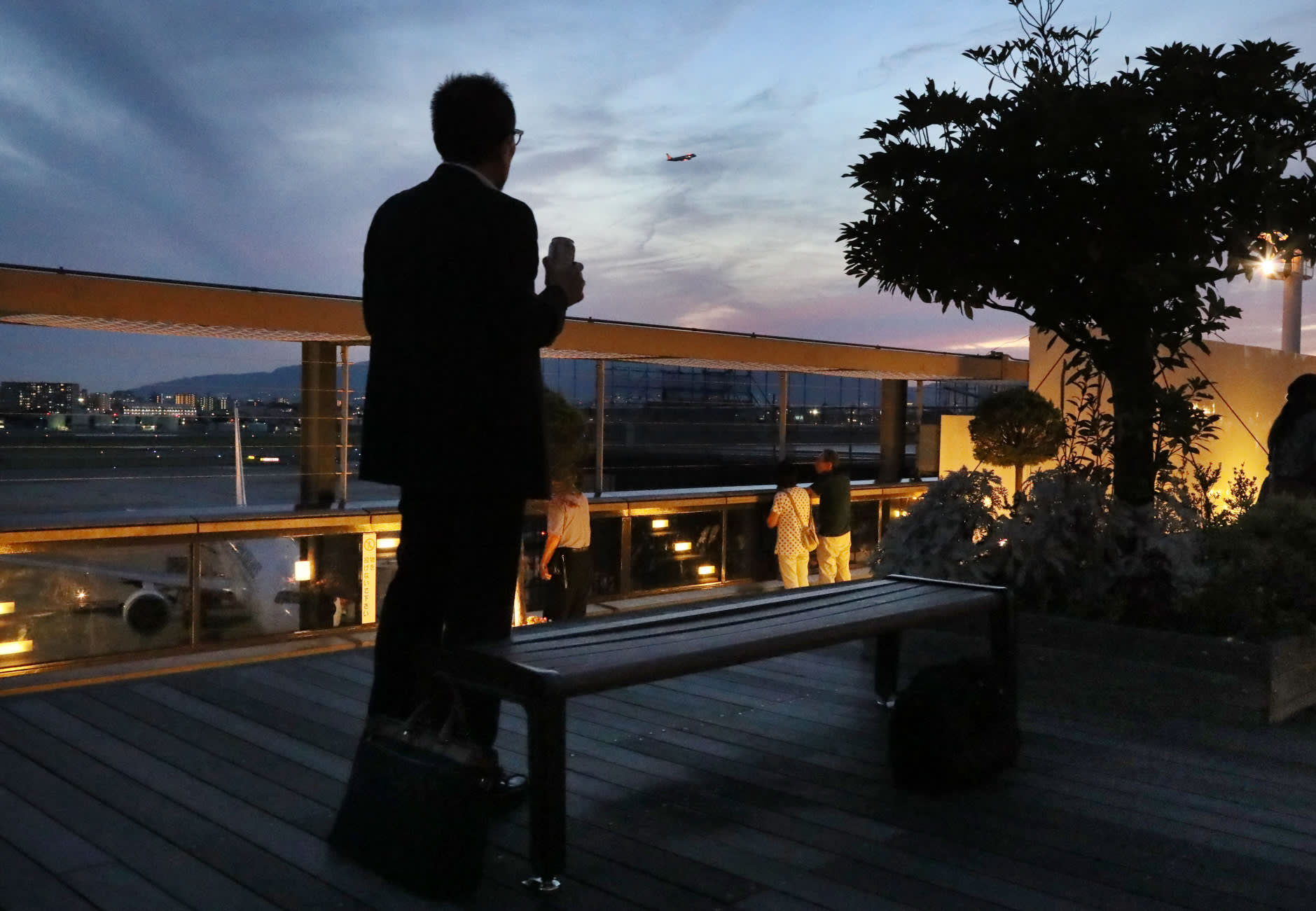 One can of beer is all this man needs for a perfect evening on the observation deck at Osaka International Airport.
SHUICHIRO SESE, Nikkei staff writerNovember 11, 2017 11:00 JST | Japan
CopyCopied

TOKYO -- Japan is gradually changing the way it works, with more cubicle dwellers escaping the office at reasonable times. But for the legions still juggling long hours, family life and other responsibilities, finding a few moments of peace can be a real challenge.

We found three busy salarymen with creative strategies for carving out a little "me time."

Meet Koki Yoshino, who leads the business development division of a job placement agency in Tokyo. One recent evening after work, he headed for Yomiuriland, an amusement park in the west of the capital. When he wants to be alone, the park's Ferris wheel is his destination of choice.

With the sun down and his gondola slowly rising above the sparkling landscape, Yoshino muttered, "Wow, what a view." Koki Yoshino organizes his thoughts about work on the Ferris wheel at Tokyo's Yomiuriland theme park.

He does not try to forget about work. On the contrary, he uses the 13-minute ride to organize his thoughts -- something he cannot do when he is snowed under in the office, or on weekends when he is out with friends.

"I want to concentrate on what I want to think about," the 25-year-old said. "I live by myself, and I can sit back and do nothing at home. But that's different from what I want to do here." Economic prosperity at a personal cost

The habit started when a friend gave him two tickets. Rather than bring, say, a date along, he used them for two successive rides. A big part of his job is drawing up management strategies, including merger and acquisition plans, and he discovered that riding the wheel helped him to arrange complex information in his mind before drafting any documents.

Since he knows exactly how long the ride will last, Yoshino feels like he has a deadline. He reckons this forces his brain to focus. He has found that riding the Yamanote railway loop in central Tokyo has a similar effect.

Software designer Cho Taisheng has found his own sanctuaries from the daily grind: the tea lounges of Tokyo's top hotels.

When he gets the chance, he takes an afternoon off from his job at a developer called Fenrir and heads to The Ritz-Carlton, the Mandarin Oriental or his personal favorite, the Andaz. Software designer Cho Taisheng spends an afternoon above it all at the 51st-floor Andaz Tavern Lounge & Bar.

At the Andaz Tavern Lounge & Bar, on the 51st floor of the Toranomon Hills skyscraper, Cho splurges on the 3,900 yen ($34) afternoon tea set -- magnificent views included. Though his regular work attire consists of a T-shirt or polo shirt, he showed up at the lounge in September wearing a jacket and business shoes.

"I wanted to put on something I don't always wear, for a change," he said.

The high cost is part of the appeal. "The idea is to immerse yourself in the extraordinary experience of being in one of the most luxurious places," he said.

Even during these afternoon getaways, Cho is always on the lookout for design ideas. At the Andaz, he snapped pictures of scones and sweets arranged on a tea stand. "This inspires me -- how you can display things in ways that make people willing to splash out for them," he said.

Cho is currently working on a website development project for a hotel, which makes his lounge excursions particularly worthwhile.

If whiling away afternoons sipping high-priced tea is not your thing, consider the routine of a 60-year-old media company employee in Osaka.

The man, who preferred not to be named, has found a way to work moments of solitude into his schedule without breaking the bank.

Whenever he flies back from a business trip, he retreats to the observation deck at Osaka International Airport. He spends about an hour simply watching jets take off and land; all he needs is a can of beer.

"In my head, I say 'have a nice trip' to the departing planes and 'welcome back' to the arriving ones," he said. "It's my ritual for taking the load off my shoulders at the end of a workday."

Flights stop before 9 p.m. -- his cue to head home. He buys only one beer, even when he stays until the end.

He performs this ritual only on weekdays, after (or occasionally before) a flight for a business trip. "I don't come here to be lazy or waste time," he said. "I'm only seeking a change of air. It's important for me to have time all to myself -- not at work or at home."