For those confined by coronavirus, our pick of the best movies available at a click Indian cinema has few champions among international critics; like K-pop and anime, it is perhaps better loved than understood beyond its homeland. But the classic song-and-dance extravaganza, the most impenetrable aspect of Indian popular culture to outsiders, has been disappearing for close to a generation now.

New mainstream Hindi cinema, often called "Bollywood," is sleeker and more self-conscious. For some years, ambitious producers have even looked to East Asia, in particular to China, as a viable market for their family-friendly, socially conscious fare.

The Mumbai studio system dominates Hindi cinema much like its American counterpart in Hollywood. But in their own languages, from Tamil to Punjabi and Bengali to Marathi, young filmmakers have been pushing back against dominant narratives with thoughtful, enjoyable and successful work.

No encyclopedia exists to describe the full scale of India's cinematic activity. But to get a start on its highlights, or simply to find something enjoyable or meaningful to watch over dinner during coronavirus lockdown, here is a list.

Note: Not all films will be available on all streaming services in all countries. A new generation of filmmakers in the southern state of Kerala has made some of India's best cinema in recent years. Many are more thoughtful and formally exciting than "Maheshinte Prathikaaram," but this one is hard to beat for its goofy charm.

Actor Fahadh Faasil is spellbinding as a quiet, dignified young man who makes an absurd vow in the wake of a quarrel and gets into a series of scrapes for it. Filmmaker Dileesh Pothan masters the balance of comedy and melancholy, and accidentally -- or perhaps not -- delivers the sweetest and most reassuring portrait of Indian masculinity in recent years. There's fairy dust even in the fluffiest of Zoya Akhtar's big-screen offerings, elevated by her interest in stubborn, lonely characters and struggling families. In her directorial debut, Akhtar, the daughter of celebrated screenwriters, tells the story of those trying to tough it out in the most dysfunctional family of all: the incestuous, neurotic and self-obsessed Hindi film industry.

"Luck By Chance" allowed her to contrast the big, old-school spectacle of studio life with quieter character beats and the bittersweet realities of showbiz in Mumbai. This is a crime thriller that also turns out to be a haunting story of migration, poverty and custodial torture. Four Tamil migrant workers get picked up after a burglary because the local police need scapegoats.

What happens to them in the lockup is horrifying because it is utterly mundane. The violence is unflinching but never gratuitous. Director Vetrimaaran's cool, crisp storytelling lays bare the alienating nature of law and order as practiced in the world's largest democracy. This film about an underdog women's hockey team coached to success by a hard-bitten veteran is based on a true story, but it embraces every feel-good cliche of sports movies, and all of them work.

"Chak De!" anticipated the celebrity which India's women Olympians have found in the past decade after years of being sidelined by the country's obsession with men's cricket. It strikes joyous -- and comically literal -- blows against sexism, but is also a muted but memorable confrontation with Islamophobia, usually a no-go subject for mainstream Hindi movies.

Watch it for the sparkling Shah Rukh Khan in one of his most accessible and moving performances. When a vicious mob boss dies in hiding, police recruit his bumbling look-alike to impersonate him and uncover his crimes. The 1970s were hard times for India, and the angry, morally conflicted heroes of its blockbusters were products of that mood.

"Don" reflects some of that bitterness and doubt, but it is also funny, melodramatic, even low-key sexy in the best tradition of classic Hindi cinema. Movie idol Amitabh Bachchan did better films in this period, but none that showcased his range so well. 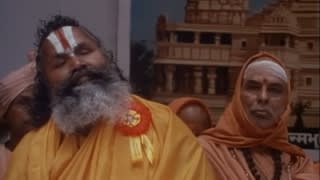 Perhaps the best-known documentary in Indian history, "Ram Ke Naam" went far beyond festival circuits for the significance of its subject. Filmmaker Anand Patwardhan tracked how militant right-wingers fueled a national campaign claiming that the Babri Masjid, a medieval mosque in north India, was actually built over the birthplace of the Hindu god Ram.

Just weeks after "Ram Ke Naam" was released, the Babri Masjid was demolished by a mob, an action which emboldened the wave of majoritarian politics that eventually put Prime Minister Narendra Modi in power.

It says something about India in 2020 that the most reliable streaming link to the documentary is on the YouTube channel of a dissenting stand-up comedian. When the 100-year-old curmudgeon "Century" Gowda dies, his hilariously unprepared family must come to terms with what this means for them.

Writers Eregowda and Raam Reddy allow the film to play out in a small village whose inhabitants, none professional actors, take up the roles of the Gowda family and their community. The result is a slow, sly and very funny film. A great deal of quiet drama ensues, but with every appearance of real life. 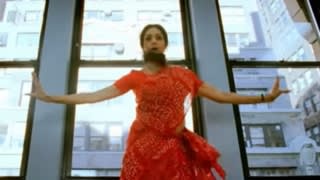 It may sound soppy, but Gauri Shinde's first film is one of those airy confections that will appeal to every child from a culture that knows filial duty.

The luminous Sridevi turns down the wattage on her charisma to play a timid, middle-aged mother undervalued by her young family. But she tastes joy on a visit to New York, where she enrolls in English classes, plans a family wedding and finds herself pursued by a handsome French chef. A film for anyone who has ever yelled at their mom. 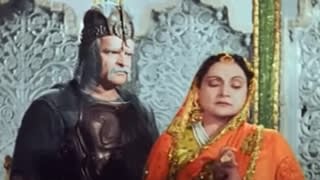 A monument of Hindi cinema, K. Asif's classic fell victim to an ill-judged coloring job some years ago, but retains the power of its astonishing music, set pieces and performances.

Generations of Indians have a sentimental connection with this story of a dancing girl and a prince thwarted in love by the mighty Mughal emperor Akbar. Its tragic lovers, sensationally portrayed by superstars Madhubala and Dilip Kumar, are captivating.

But like Romeo and Juliet, the real tragedy is collective: The old order, presided over by an aging patriarch, is forced to confront the ways in which it has failed its children. 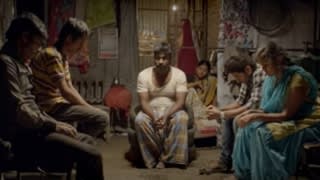 A half-century after "Mughal-e-Azam," what would a rich-meets-poor story really look like? Indian filmmakers love to riff off the star-cross'd lovers theme, but Nagraj Manjule succeeds like no other.

Class forms a social barrier between a fisherman's son and landlord's daughter, but it is caste, the old Hindu practice of discrimination between social groups, that is truly love's enemy. Akash Thosar and Rinku Rajguru imbue the film's depiction of swooning young romance with great tenderness, while disquiet and horror stalk the viewer as we see society turn on them in big and small ways. This is both an absorbing drama and a knowing, unforgettable portrait of contemporary India.

This sun-drenched black-and-white film is still one of Hindi cinema's finest romantic comedies. The plot is cliche: A young couple try to get their elders, who detest each other, to look kindly upon their relationship.

But it is also a marvelous glimpse into the transformation of families, the city of New Delhi -- the male lead is an architect -- and youthful aspirations, in newly independent India. "Let's not create conflict, like the Chinese," the boyish hero tells his charming girlfriend. "Let's try India's way of peace, and compromise."