At Denkushiflori, Zaiyu Hasegawa and Hiroyasu Kawate design every dish together 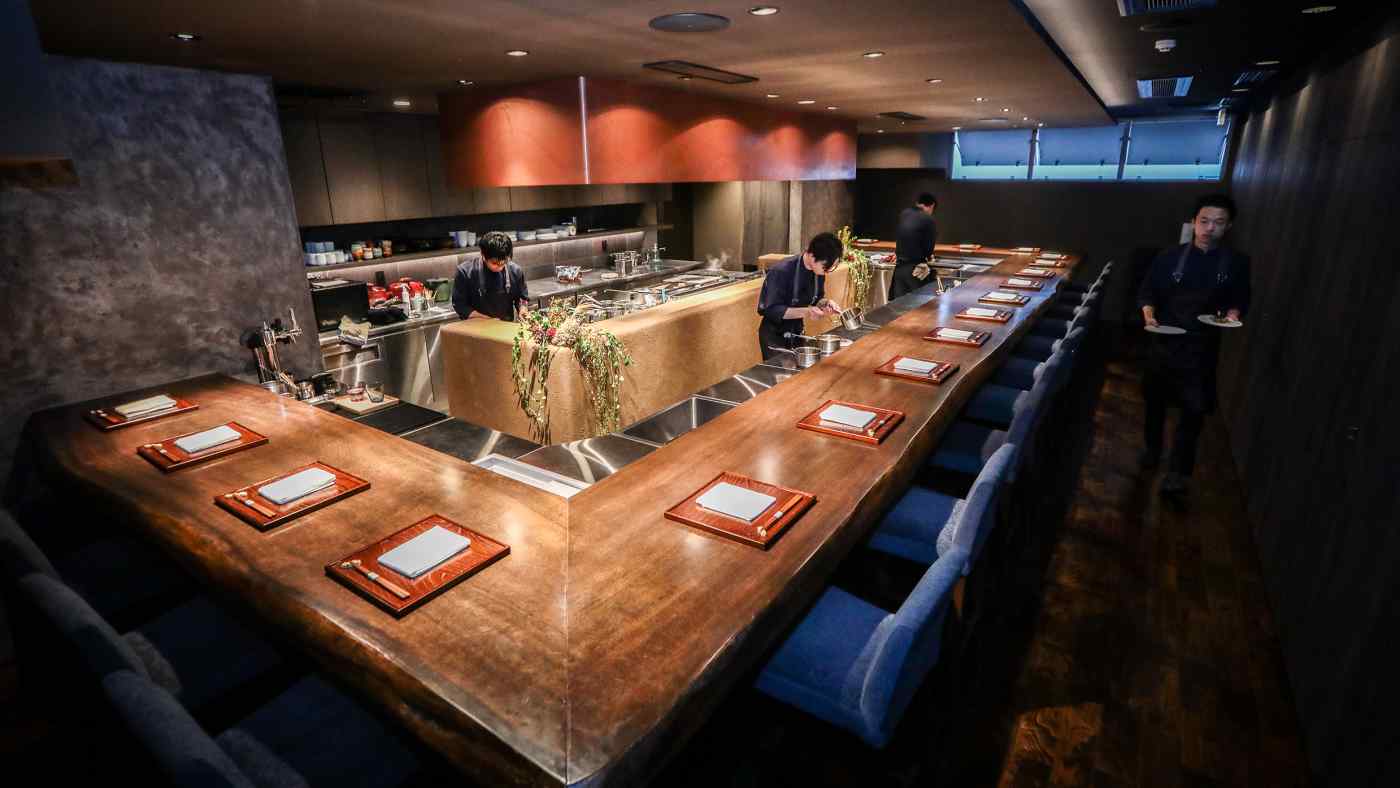 Tokyo's Denkushiflori, which opened on Sept. 30, blends casual fine dining with Japanese and French fusion cooking. It is believed to be the first time that two Michelin-starred chefs have joined forces to open a restaurant in Tokyo. (Photo by Yuki Kohara)
MELINDA JOE, Contributing writerNovember 3, 2020 08:30 JST | Japan
CopyCopied

TOKYO -- In late September, Tokyo chef Hiroyasu Kawate of Florilege fame rushed into the kitchen of Den, the restaurant owned by fellow chef Zaiyu Hasegawa, with a tray loaded with vacuum-packed meats and tubs of sauces. A cling-film-wrapped pigeon leg was poking out over the rim.

Kawate and Hasegawa were in the final stages of planning the menu for Denkushiflori, their new joint-venture restaurant that opened on Sept. 30. It is perhaps the first time in Tokyo that two Michelin-starred chefs have joined forces to open a restaurant and design every dish together.