In Samarkand, ancient sites have been lost to arable farming 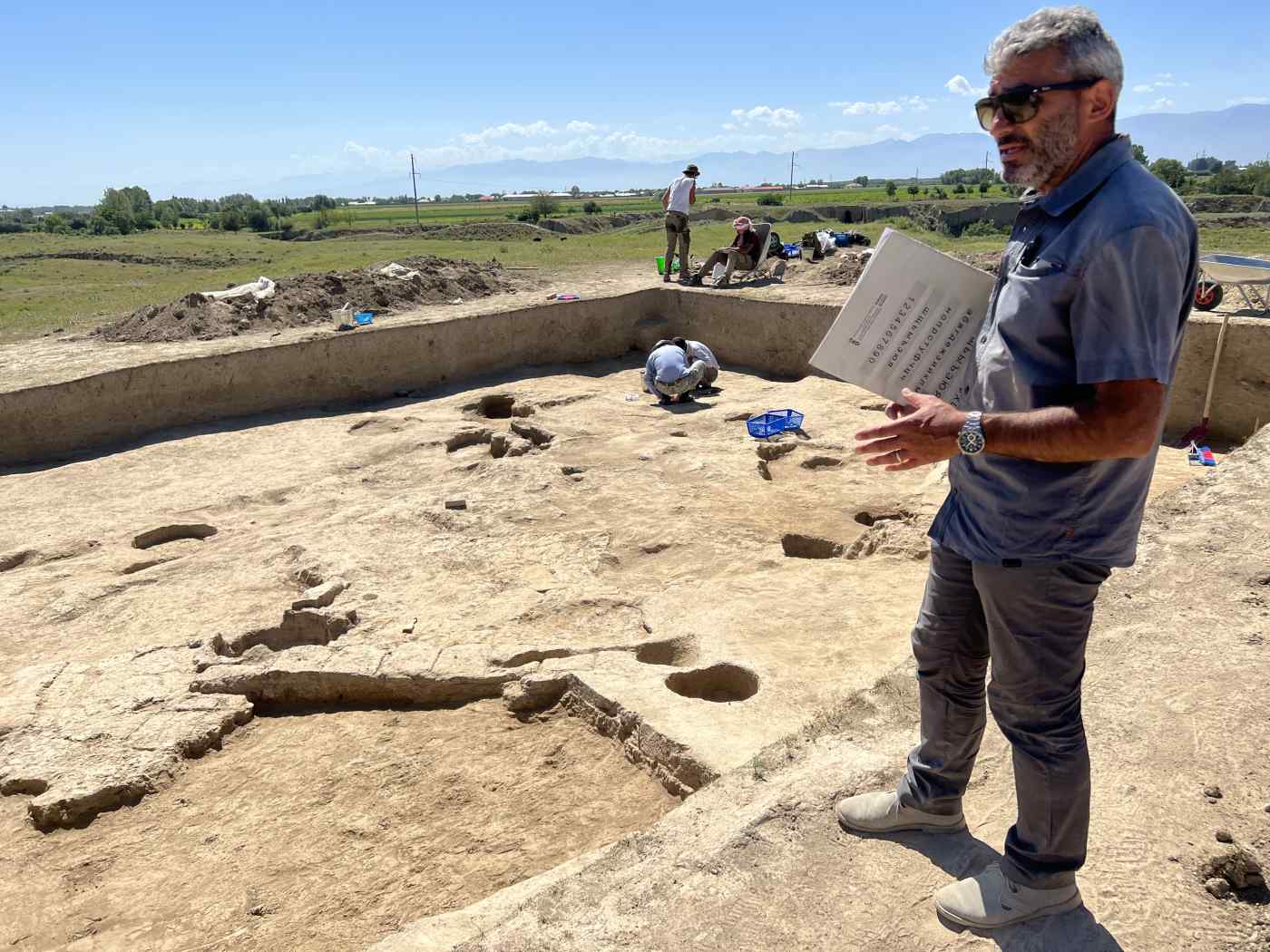 Simone Mantellini, from the University of Bologna, directs the Uzbek-Italian mission at Kafir Kala, an ancient fortress on the outskirts of Samarkand. Excavations began in the early 2000s. (All photos by Sara Perria)
SARA PERRIA, Contributing writerJuly 1, 2022 08:00 JST | Uzbekistan
CopyCopied

SAMARKAND, Uzbekistan -- After days of work under the searing sun of Samarkand, one of the oldest surviving cities in Central Asia, the bones of a skeleton emerge. Trowels and brushes in hand, archaeologists identify the bones as those of a woman from the 15th century. She was buried with a coin.

The skeleton is the 14th from the period excavated from a necropolis at Kafir Kala, on the edge of Samarkand, by a joint Uzbek-Italian mission exploring the history of "Samarkand and its territory." The archaeologists name her Feruza, an Uzbek word meaning gemstone or precious. One of her contemporaries is called Maradona, after the legendary Argentinian footballer.