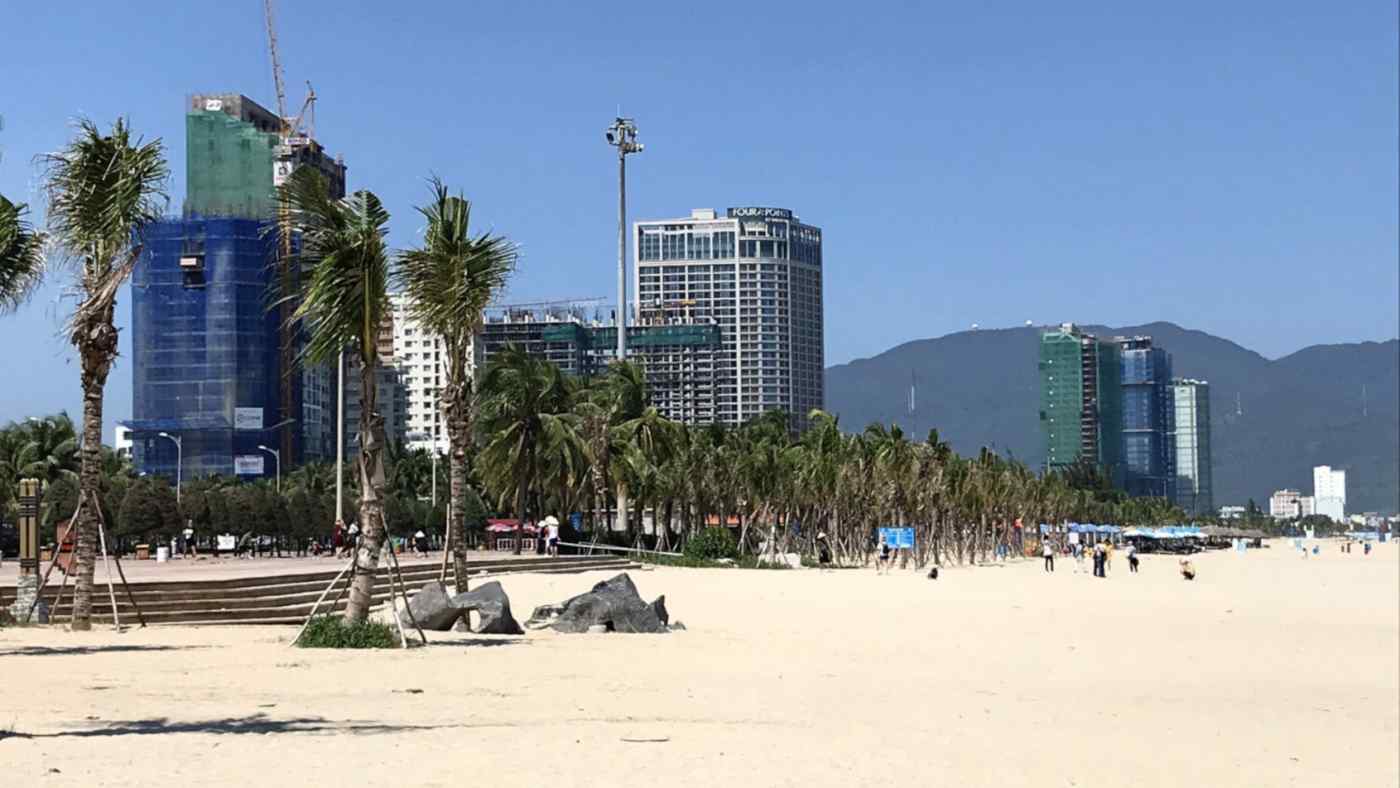 The central Vietnamese city of Danang wants to be known for its white-sand beaches -- and as a quieter, slower-paced alternative to Hanoi and Ho Chi Minh City. (Photo by Tomoya Onishi)
TOMOYA ONISHI, Nikkei staff writerMarch 3, 2019 21:36 JST | Vietnam
CopyCopied

HANOI -- A central Vietnamese port city made infamous by a war that ended more than 40 years ago is now stepping up to compete with some of Southeast Asia's most famous beach resorts.

But unlike Thailand's Phuket and Indonesia's Bali, Danang is not an island. As Vietnam's third-largest city, it is beckoning guests from China and South Korea with luxury hotels and convenience. Proximity is its calling card. Its airport, city center and beaches are situated nearby one another. And it doesn't hurt that huge numbers of vacation seekers are a handful of hours away.