Waiter, there's a sardine in my sake

Chefs and brewers alike getting creative with traditional soup ingredient 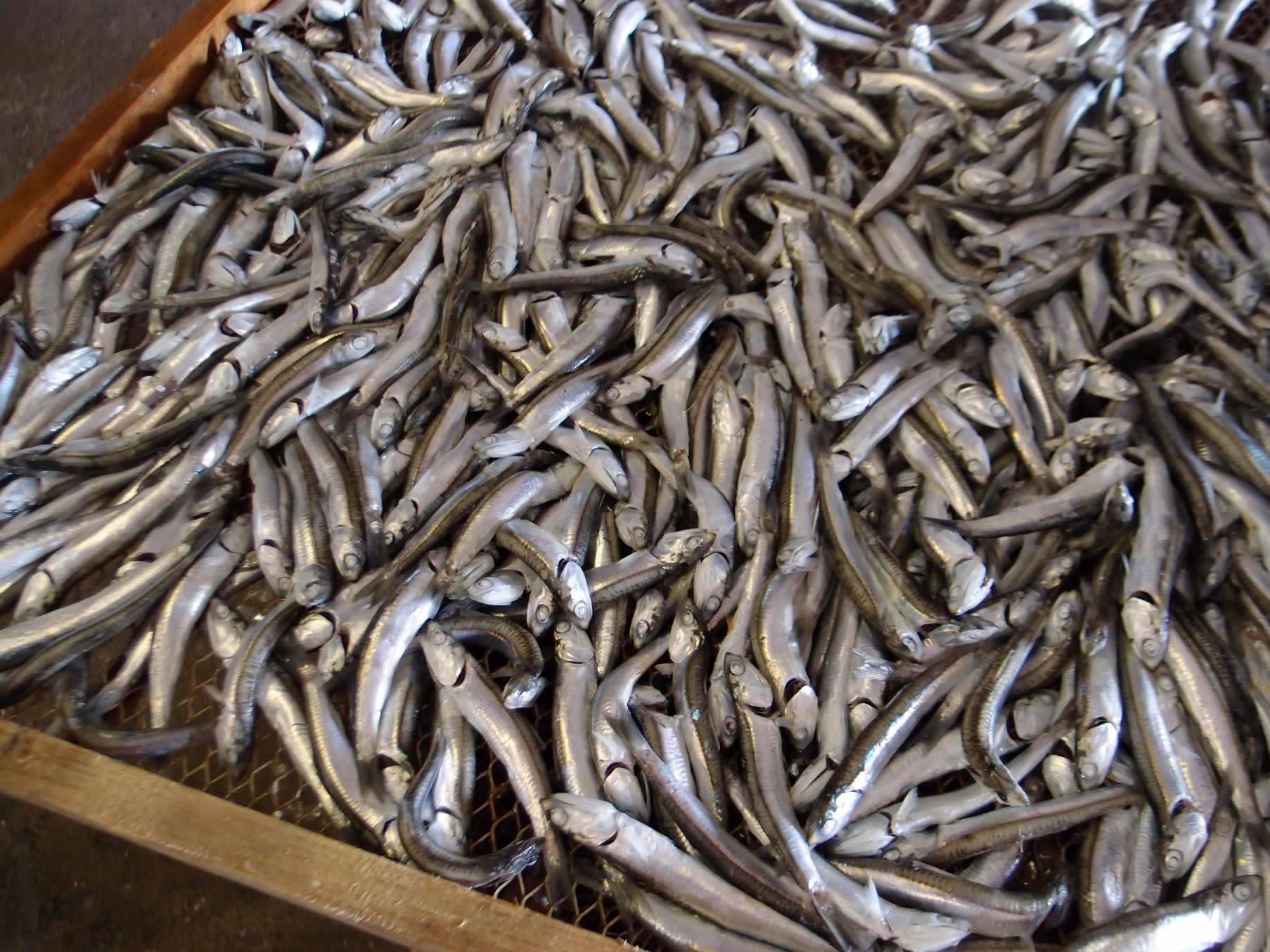 Ibuki sardines must be boiled within 30 minutes of being unloaded from the boat.
MASAMI MANABE, Nikkei staff writerAugust 10, 2017 14:06 JST | Japan
CopyCopied

TAKAMATSU, Japan -- A broth known as dashi in Japan is essential to one of the country's favorite dishes. And the quality of the sardines and seaweed that make dashi often determine how well that dish -- udon -- tastes.

One tiny island -- part of a group of islets in the Seto Inland Sea, between Japan's main Honshu and Shikoku islands -- is known as one of best locations for iriko, or dried small sardines, in terms of volume and quality. Ibuki Island, about a square kilometer in land mass, belongs to the city of Kanonji, Kagawa Prefecture, on Shikoku. Kagawa is famous for Sanuki udon, the soup for which cannot be made without Ibuki iriko.

The harvesting and processing of the sardines typically begins in June and ends in September, giving the otherwise quiet Ibuki Island a frantic pace. When a ship full of the small sardines arrives at one of the island's ports, a huge hosepipe vacuums up the fish and icy water, slurping them to a nearby processing factory. The fish are quickly washed, boiled and put into a dryer. 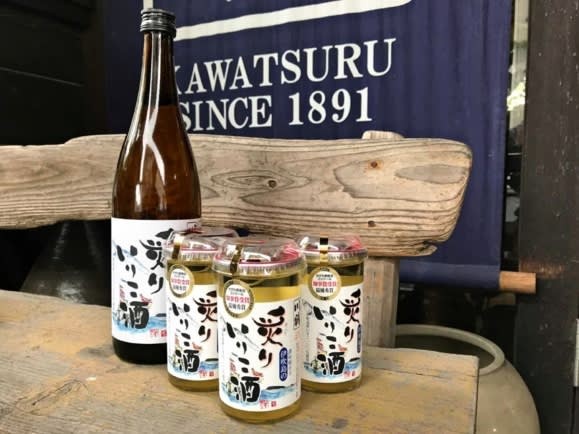 Kawatsuru Sake Brewing, founded in 1891, sells bottles of sake that have grilled Ibuki iriko in them.

Speedy processing is the secret behind Ibuki iriko's high quality. "The process of unloading and boiling the fish should be completed within 30 minutes," said Asao Matsumoto from the local fishing union.

From early morning to sunset during the summer, high-speed ships come and go between ports and fishing sites. On the way back, they carry tons of sardines to the island's 18 processing locations.

Pardon me a moment while I give a freshly boiled sardine a try. As I put it into my mouth, the scent of the sea teases my olfactories. I savor the rich flavor brought out only by a little salt. A few hours of drying will add even more zest.

The brand Ibuki Iriko is protected by Japan's regional collective trademark system. The iriko have less fat content than small sardines caught elsewhere and therefore lack the bitterness other iriko have.

To fully enjoy the unique flavor of these iriko, go to a noodle shop in Kagawa. There are at least 30 udon joints in central Kanonji, and another 15 on the outskirts, according to the city's tourism association. Hidetaka Yanagawa is the master of one of these diners in Kanonji. The 77-year old usually starts making dashi at 5:30 in the morning. The chef lets 1.2kg of dried sardines and kombu seaweed gently boil in a 40-liter pot. "I have only used Ibuki iriko," Yanagawa said. "It doesn't contain a lot of fat, and it can keep the soup clear."

The next steps are to skim off the froth, add soy sauce and coarse sugar, then boil the ingredients for 30 minutes but no longer, otherwise the delicate flavor could be lost.

Yanagawa has "retired" from the family-run udon-ya that was founded in 1927, leaving it to his sons. But he remains responsible for making the dashi and noodles.

Udon shops in Kagawa typically use Ibuki iriko for the soup, but the taste slightly differs from one shop to the next as each has its own noodles-to-soup ratio.

The tradtional dashi ingredient is now being experimented with. Some establishments are mixing iriko with steamed rice and vegetables. Others are making tempura iriko. Still others are marinating the sardines in vinegar after frying them.

And a local brewery that goes back more than a century has come out with sake that has been bottled with grilled Ibuki iriko.