What UK should learn from Asia on fighting coronavirus 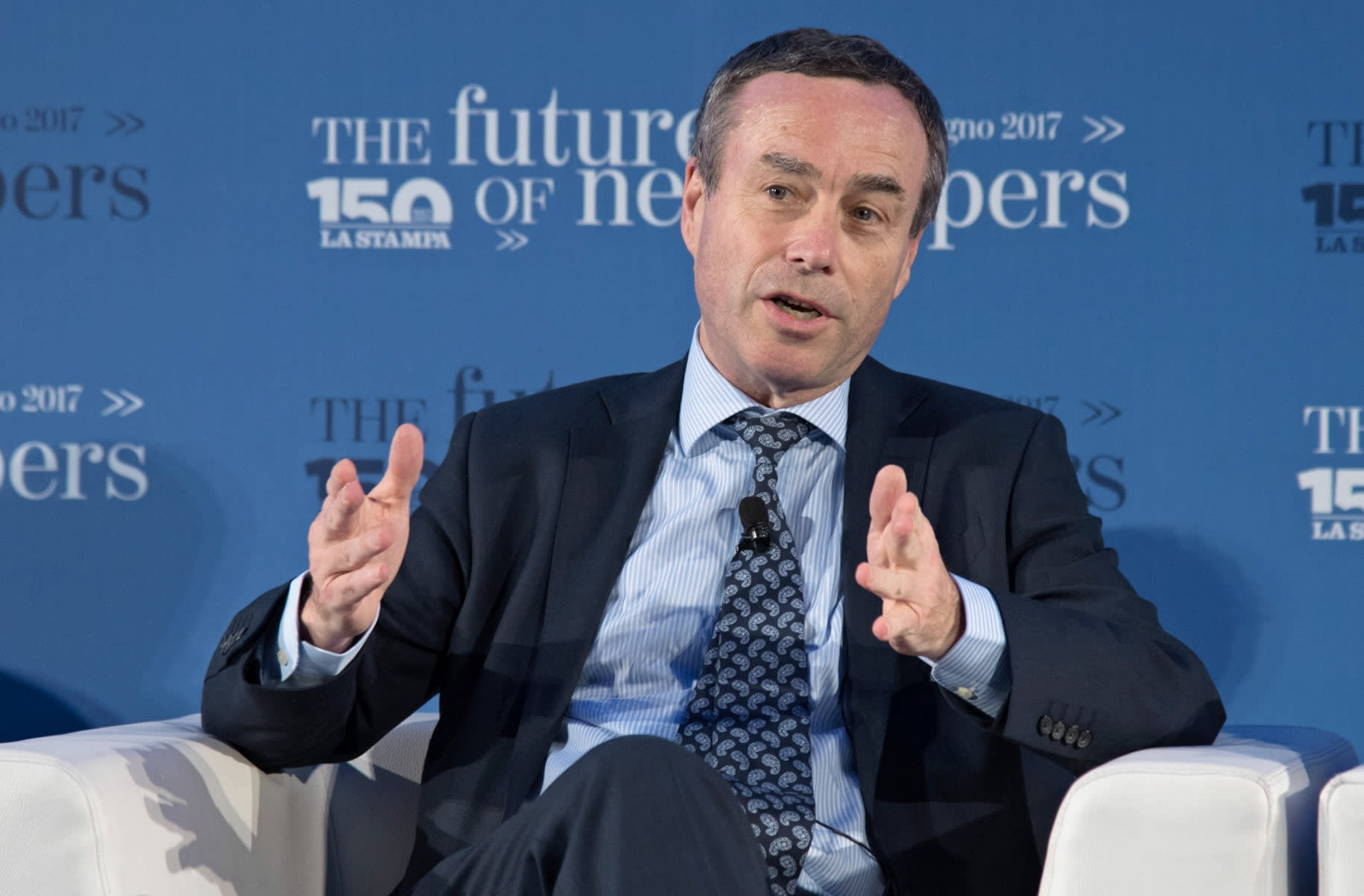 LONDON -- End of Freedom, proclaimed the front page of the Daily Telegraph. House Arrest, declared The Sun. The Times of London was circumspect about U.K. Prime Minister Boris Johnson's measures to tackle the COVID-19 virus. Its headline simply quoted the Prime Minister: You Must Stay at Home.

Britain's state of national emergency has been a long time coming. Maybe too long. The number of reported coronavirus cases and deaths has started to climb steeply, threatening to overwhelm an already hard-pressed National Health Service. Having held out for several weeks, the government has finally capitulated, ordering a nationwide lockdown unprecedented outside wartime.

British newspapers and commentators have naturally summoned up the "Blitz spirit" and the Battle of Britain. Yet the analogy with when young Royal Air Force pilots flying Spitfires defeated the might of Hitler's Luftwaffe in the summer of 1940 is misplaced. True, the country is basking in similar spring sunshine this week; but ours is a war against a hidden enemy, the Johnson ban is not quite as stringent as it first appears and the wartime spirit is still plainly lacking in the wider population, especially among obstreperous youth.

The government must bear part of the blame. Ministers might have lifted their sights beyond Brexit and absorbed the lessons of decisive preventive action in Asia. China, Singapore, Japan, South Korea and Taiwan shut down schools and restricted travel, and some paired those efforts with aggressive screening and strict enforcement of quarantine rules. After a slow start, China locked down major cities, closed factories and rapidly built new hospitals to cope with the explosion in cases.

Official messaging in the U.K. has been at best mixed, at worst negligent. For several weeks, Johnson and unnamed "senior officials" made clear they were against taking extreme measures such as mass confinement on the lines of France, Italy, Spain or indeed China. They judged that the economic costs of an indefinite nationwide lockdown would be catastrophic.

Their hope was to ride out the crisis, waiting for a critical mass of people to contract the virus and thereby build "herd immunity." When health experts warned that the number of COVID-19 victims would overwhelm the National Health Service and lead to several hundred thousand deaths, Johnson reversed course. In a somber nationwide televised address on Monday night, he ordered a ban on people leaving home except for food, medical treatment, one exercise per day, and "essential work."

What constitutes essential work remains a subject of much debate. Some people remain confused, perhaps deliberately so. Mike Ashley, the pugnacious CEO of Sports Direct, briefly tried to justify keeping his stores open on the grounds that selling sportswear was essential to keep Brits fit in a time of crisis. After a steer from ministers, Sports Direct agreed it did not deserve special treatment like banks, food retailers, petrol stations and pharmacies.

There is a feeling of a class divide to Johnson's measures. Rishi Sunak, the 39-year-old rising star who is the new chancellor of the exchequer, as the U.K.'s finance minister is known, announced a staggering 330 billion pound ($390 billion) package to support business and workers. As in the global financial crisis, business loan guarantees are available, supplemented by grants to pay up to 80% of salaries for workers if companies keep them on their payroll.

But the 5 million self-employed -- 15% of the national labor force -- remain uncovered. Many jammed into the London Underground this week. In rural areas, gardeners, plumbers, window-cleaners and other unskilled workers do not qualify as essential workers. Yet for them work is most definitely essential. In this screen grab, Johnson is seen giving the nation his "lockdown" speech from 10 Downing Street, in London, on March 23.   © AP

For Johnson, the libertine-libertarian, this has been a staggering climbdown. All the Prime Minister's instincts are to live and let be. The movie character he is said to admire most is the mayor in "Jaws" who refuses to close the beaches, even as the shark claims more victims. Amity Island, the fictional resort off the coast of New England, must remain open for tourists, just like Britain must remain open for business.

Yet for all the apocalyptic talk about the end of freedom, Johnson's lockdown has plenty of loopholes. Planes are still landing at Heathrow from around the world, including flights from Iran, one of the countries worst hit by COVID-19; no quarantine is being enforced. Until a couple of days ago, men and women of all ages flocked to the beaches of southwest England and the mountains of Snowdonia in Wales.

Now large gatherings are banned and social distancing of up to 2 meters is recommended. How this applies to the construction industry, which has to date escaped the lockdown, is an open question.

Britain, of course, is not the only country to have gone its own way. President Donald Trump is still resisting a nationwide lockdown in the U.S. Spain left it desperately late to act, even as France and Italy imposed -- or tried to impose -- bans reminiscent of containing a medieval plague. Germany under Angela Merkel has perhaps delivered the most coherent message to its population, warning of mass infections but also offering clear guidelines on social distancing to prevent the pandemic exploding at a rate of compound interest and more. 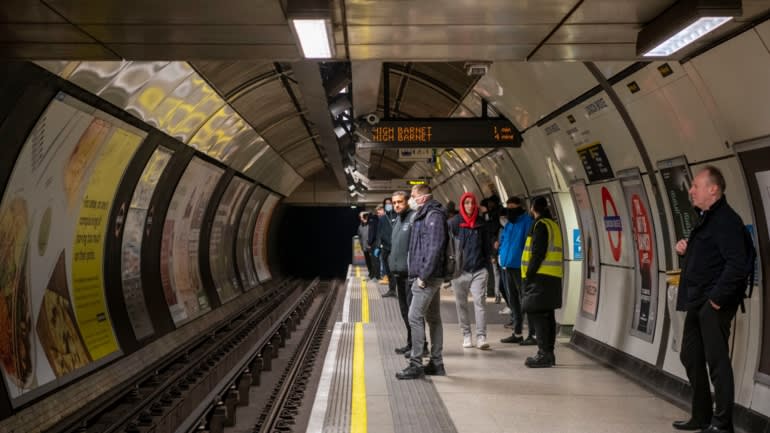 When the dust settles, the British must surely learn from Asia when dealing with pandemics. Having lived through the SARS nightmare, Asian countries have been much more intrusive in their response. South Korea and Taiwan adopted rapid-fire testing with a flexibility and speed which put Europe to shame.

Singapore, admittedly with a relatively small population of 5.7 million, had gold-standard surveillance. The authorities have just launched TraceTogether, an app that uses Bluetooth to record distance between users and the duration of their encounters. People consent to give information to the health ministry where it is encrypted and later deleted.

This is a Brave New World which "lockdown London" -- let's call it latchdown London, for now -- can only dream of. For the next month, maybe two months or three, the British will face curbs on their civil liberties they have never experienced before. They will adapt to virtual working, spend even more time on social media and stay away from pubs.

Gosh, some will say. Or bother. Even crikey! Whatever the scale of outrage and frustration, a little bit of Zen at this moment would go a long way.

Lionel Barber is former editor of the Financial Times and chairman of the Tate.