TOKYO -- World Go Championship 2018 is set to be held in Tokyo, according to a Friday announcement by Nihon Ki-in, the Japanese organization hosting the event. The world's top players are expected to vie in the tournament, supported by Nikkei Inc., including Yuta Iyama, the 28-year-old Japanese phenom who shocked the game by having won all seven major Japanese titles.

He will be joined by South Korea's champion from last year, Park Jeong-hwan, 24. China will send Ke Jie, 20, reputed to be the world's strongest player.

Rounding out the ranks of the six-man tournament will be Taiwan's Wang Yuanjyun, South Korea's Shin Jin-seo and another player from Japan, the latter the winner of a four-person elimination match. 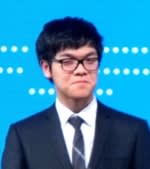 Games will be played under Japanese rules, which limit each player to three-hours for making all their moves. The rules also give the second player 6.5 points in order to compensate for not having the first move.

DeepZenGo, a computer equipped with artificial intelligence technology that played in World Go Championship 2017, will not participate. However, its technology will be used to judge the progress of matches and analyze positions. 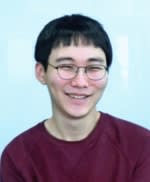