Yangon's historic Pegu Club comes back to the future 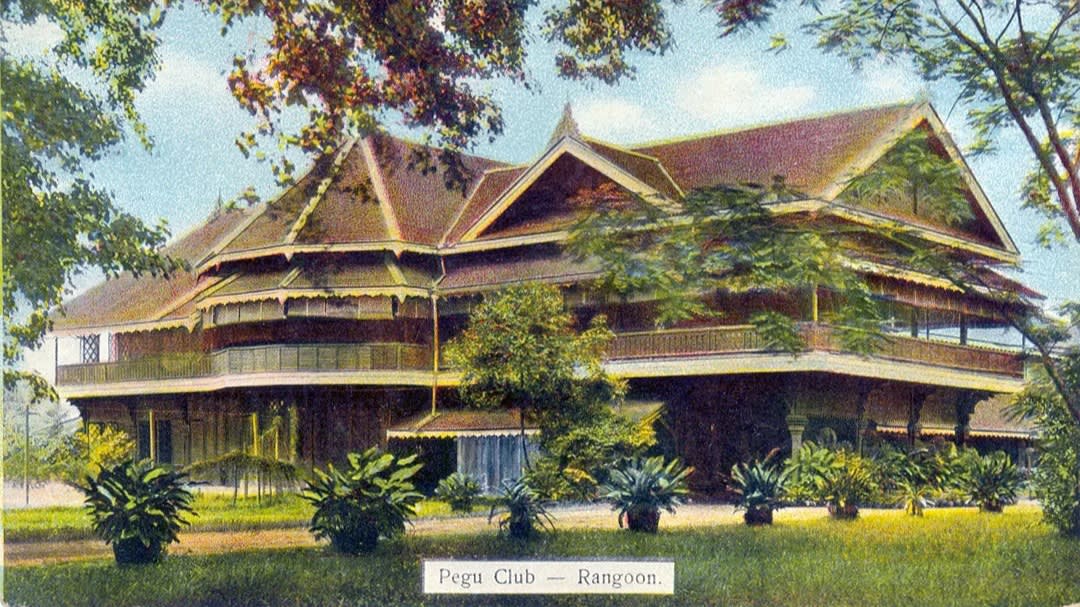 YANGON -- When the British poet and novelist Rudyard Kipling visited Rangoon for a single night in 1889 he spent the evening in the Pegu Club, listening to tales of war from British officers suppressing local resistance in the aftermath of the Third Anglo-Burmese war, a brief conflict in late 1885.

Rangoon, then the capital of British colonial Burma, is now known as Yangon, and is no longer the capital of Burma, now called Myanmar, following the government's move to Naypyitaw in 2005. But the almost-forgotten Pegu Club, named for the Burmese town now known as Bago, is back in business after a multimillion-dollar renovation that ended half a century of closure and decay.

The club, which opened only a few years before Kipling's visit, sits on an enormous plot of land, with a surviving original teak structure that was greatly extended over the years, including a large hall built for a visit by Britain's Prince of Wales, later King Edward VIII, in 1922; and teak accommodation blocks added for use by club members.

When the Imperial Japanese Army took Yangon from the British in March 1942 the compound became an officers' club. After World War II, Britain's Royal Air Force tried to revamp the premises but after Myanmar's independence in 1948, the club passed to the new country's armed forces, whose officers built squash courts in the grounds. The building was used as a tax office for some years before being nationalized in 1975, although it had officially closed a decade earlier.

From then until 2018, the club was all but forgotten, remembered only in the name of a bus stop where waiting passengers lounged against a blank wall. Behind it lay a compound overgrown by weeds and jungle; adventurous sightseers could enter through a watchman's gate, but a notice pinned to a tree advised that entry was prohibited. Those who entered saw blackened teak structures decaying like remains of a lost civilization. For several years there were rumors of restoration or redevelopment, but the entry gate remained locked and information was sparse. Then at the end of 2018 the club reopened. The entrance in Zagawar Street is now proudly emblazoned with a club logo, and an expanse of clipped green lawn greets visitors along with a gracious vista of rich brown teak. The Pegu Club is coming back to life.

To kick-start the process, KT Group, a family owned Myanmar conglomerate with interests ranging from real estate and ports to oil and gas, obtained a long-term lease on the property from the Myanmar government in 2016. A multimillion-dollar restoration project began under the guidance of the Yangon Heritage Trust, a nongovernmental organization established in 2012 to conserve Yangon's colonial-era buildings.

The Beaumont Partnership, a Bangkok-based design consultancy that specializes in restoration and has a track record in Myanmar, is handling the complex and delicate task of restoring the collection of dilapidated teak structures. The Prince of Wales Great Hall was originally built in 1921 for a visit by the future King Edward VIII.   © (Photo courtesy of the Pegu Club)

Mark French, project director, said that no records of the original plans were found in the archives, and the architect was unknown, so the first stage of the restoration focused on producing measured drawings and a conservation management plan. Work began by hacking through the dense vegetation surrounding the club buildings.

"Aside from snakes, bats and dilapidation to the point of collapse in some areas, some of our staff reported seeing ghosts when we were doing the measures for drawings," said French.

"Aside from snakes, bats and dilapidation to the point of collapse in some areas, some of our staff reported seeing ghosts when we were doing the measures for drawings"

Caretaker families living in the compound had told of hauntings, and at least two murders are thought to have taken place in the club. The Beaumont team uncovered an account of a murder immediately after World War II, when the British had regained possession of the club. An officer objected to a fellow officer's attention to his wife and shot him dead through the window of the dining room.

Local contractors working on the restoration found that most of the structure was remarkably sound. Termite infestation was limited to areas where the original wood had been replaced by less-resistant timber. Structural engineers jacked up and stabilized parts of the structure that had subsided, and work is still going on in parts of the compound.

"During our ongoing restoration work we have conserved as much as possible of the materials, fixtures and structure," said Kyaw Thaung, standing in the main reception room of the original club building. Now named the Windsor Lounge, the furnishings include rattan seating and leather sofas, and the original diamond-paned windows overlook the manicured gardens. "Craftsmen working on plastered walls have used the original lime plastering technique," Kyaw Thaung added. "Where we have laid new floor tiles the pattern has been taken from the remaining originals, and we sourced the new marble from the same quarry near Mandalay that supplied them. Our club logo is a modern interpretation from the original lion, gimlet and sun logo."

Despite ongoing work, many events have been staged at the Pegu so far this year, including some high-profile weddings, the first Pride of Myanmar awards for high achievers in the arts, business and other sectors, a World Economic Forum dinner, and a meeting of the Young Presidents Organization, a U.S.-based global organization for company chief executives.

In November the club will host an exhibition of digital replicas of 17 of Leonardo da Vinci's most famous paintings, including the "Mona Lisa" and "The Last Supper." "It being the 500th anniversary of his passing, we are excited to be bringing such monumental pieces of work to the Pegu Club and ultimately Myanmar," said Kyaw Thaung. There is a surprising amount of room in the club. The ground-floor Drawing Room, which can host small events, looks out to Somerset Court, a teak-decked open-air courtyard suitable for cocktails, banquets and musical performances. The Prince of Wales Great Hall, where the royal visitor dined in 1922, is now a stately room that can seat 100 guests or accommodate exhibitions and performances.

"In the interests of public safety we are currently having to restrict access, as there is a good deal of construction work going on," said Kyaw Thaung. "By this time next year our doors will be open." A restaurant is to be housed in one of three teak accommodation blocks being restored near the back of the compound, while artists and craftsmen will use the other two.

"We are very focused on the creative aspects," said Kyaw Thaung, "and we want to make a creative space for local artists and artisans, with regular exhibitions and the opportunity for them to sell their work. Our vision is that the Pegu Club will become a destination open to all for culture, business, education and wellness." The Pegu Club has already hosted some prestigious events since reopening.   © (Photo courtesy of the Pegu Club)

Extensive historical research is still being conducted worldwide to recover items connected with the club, according to Kyaw Thaung, who noted that letters, diary entries and other memorabilia being discovered in far-flung places will eventually be housed in the club.

Kipling was only 23 when he visited the Pegu Club -- a slim and aesthetic looking young man who was not yet the Nobel Prize-winning poet of empire he later became. But he had been a journalist in India for seven years and had all the conviviality associated with that profession.

He would have enjoyed a drink in the resurrected club -- perhaps a glass 0r two of its "Pegu Club" signature cocktail (London dry gin, lime juice, orange curacao, a dash of orange bitters and Angostura bitters) even though it was not invented until about 30 years after his visit.