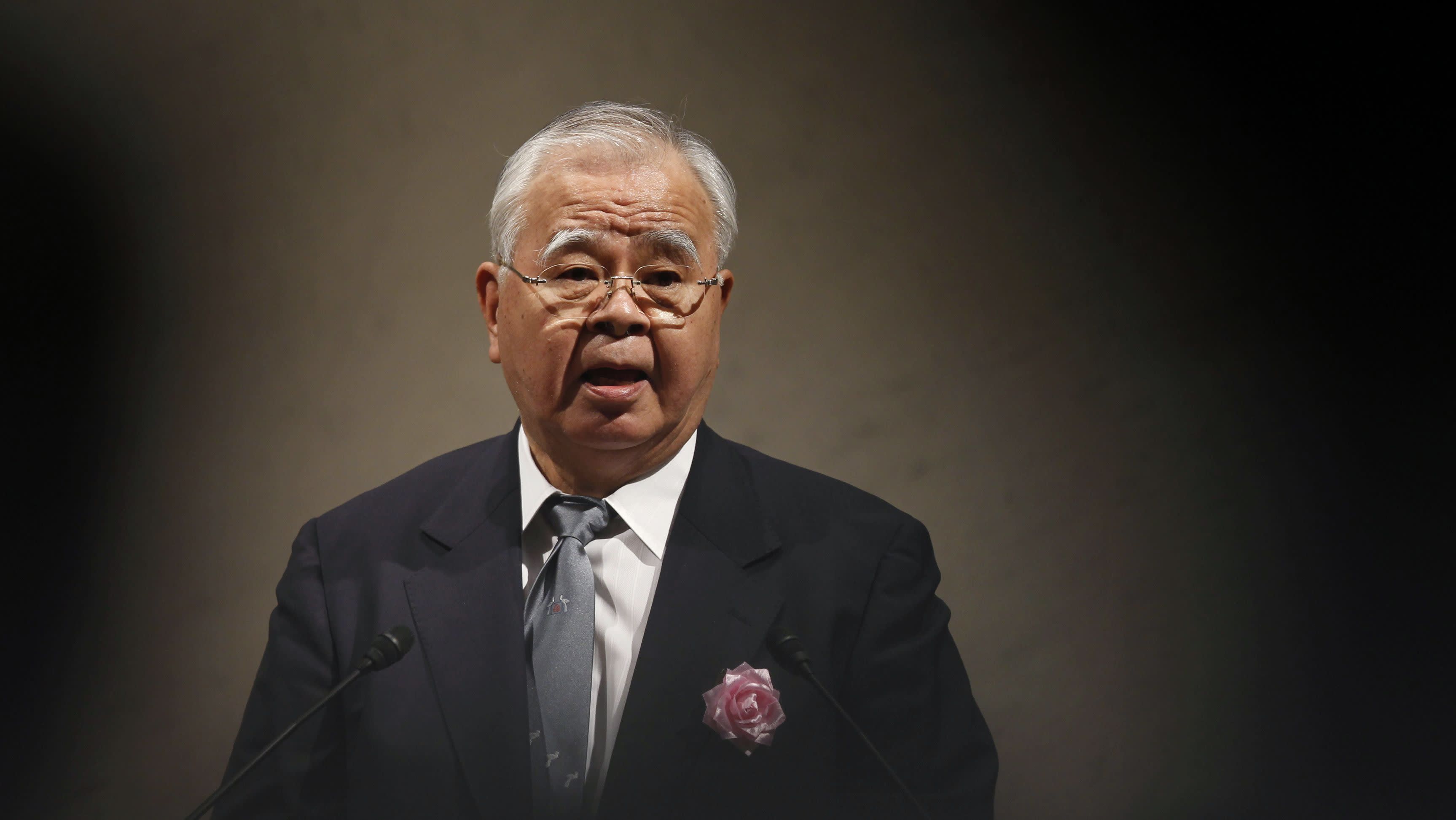 TOKYO (Kyodo) -- Hiromasa Yonekura, former chief of Japan's most powerful business lobby and Sumitomo Chemical Co., has died at a hospital in Chiba Prefecture, the company said Wednesday. He was 81.

Yonekura, who assumed the post of president at the major chemical company in 2000 and served as chief of the Japan Business Federation, known as Keidanren, from 2010 to 2014 died of pneumonia on Friday.

During his tenure at Keidanren, he strived to improve Japan's relations with China and South Korea that have been frayed by disputes over territory and history.

When a massive earthquake and tsunami hit northeastern Japan in March 2011, he led efforts to deliver relief supplies to affected areas.

In 2012, when Shinzo Abe, leader of the Liberal Democratic Party, the largest opposition party at the time, called on the Bank of Japan to implement drastic monetary easing, Yonekura criticized the idea as "reckless."

After Abe became prime minister, Yonekura was not appointed as a member of the government's key economic policy panel, which usually includes the Keidanren chief.

At Sumitomo Chemical, where he also took the post of chairman in 2009 before becoming adviser in 2014, Yonekura drove the company's expansion into overseas markets including Saudi Arabia.