Change in nationality necessary for next step in wrestler's career 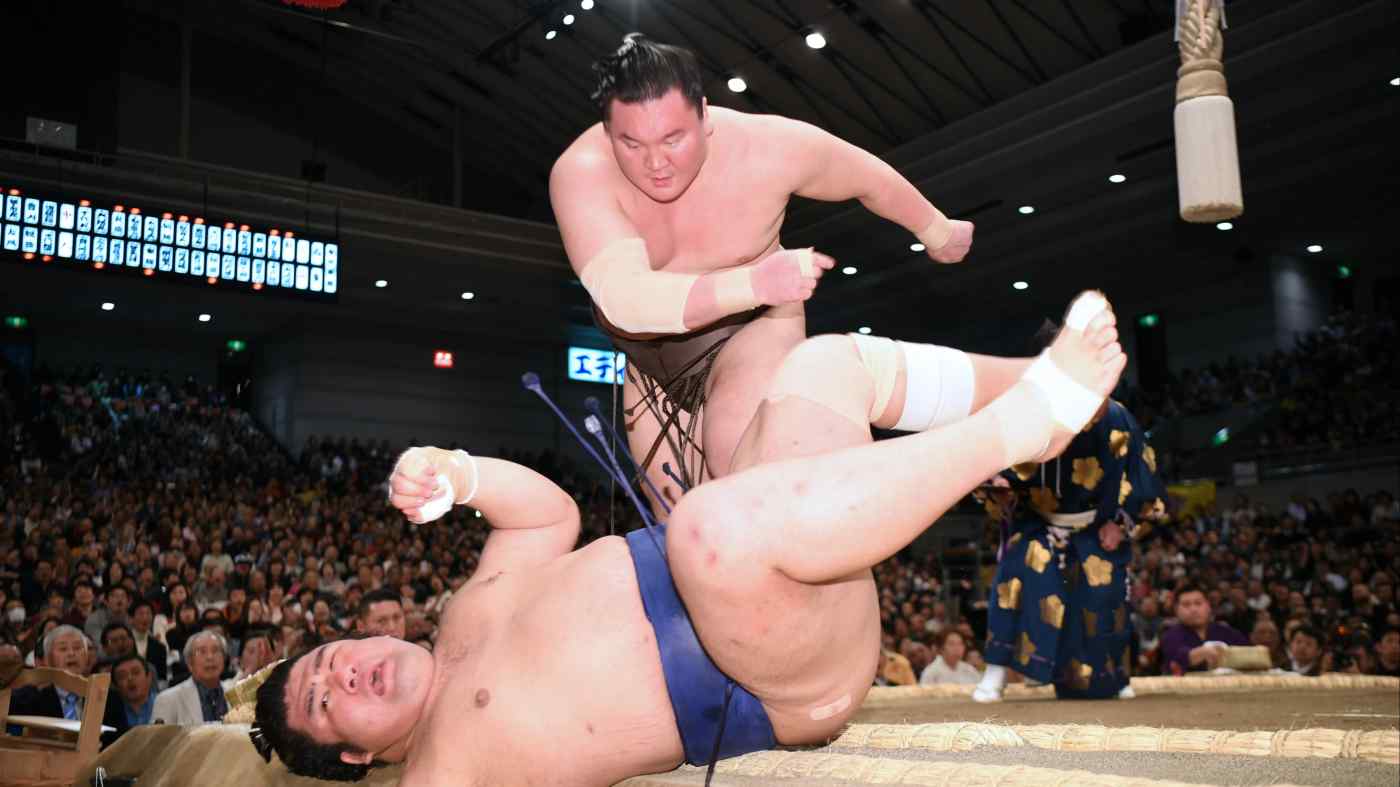 TOKYO -- Mongolia-born sumo Grand Champion Hakuho became a Japanese citizen on Tuesday, according to a government media release. The step is necessary for the 34-year-old yokozuna to remain active in the sport when he retires from the ring.

Hakuho holds a record 42 grand championship victories, making him one of the greatest wrestlers to step into the dohyo. He is the third foreign-born yokozuna to acquire Japanese citizenship, according to Kyodo News.

A number of wrestlers from overseas have risen to prominence in sumo. But the Japan Sumo Association requires stablemasters -- veterans who have retired from competition to mentor and train younger wrestlers -- to hold Japanese citizenship. Japan does not recognize dual nationality, so foreign nationals wishing to become Japanese must relinquish their original citizenship.

Hakuho is not the first Mongolian yokozuna. Asashoryu, who was born in Ulaanbaatar, became the sport's 68th yokozuna. However, he was dogged by allegations of bad behavior. In 2010 he was reported to have assaulted a restaurant employee while drunk. Those reports culminated in his retirement later that year.

If he makes the switch, Hakuho will become the highest ranked stablemaster to come from Mongolia, according to Kyodo.