Loved by investors and loathed by China, he presided over an economic boom 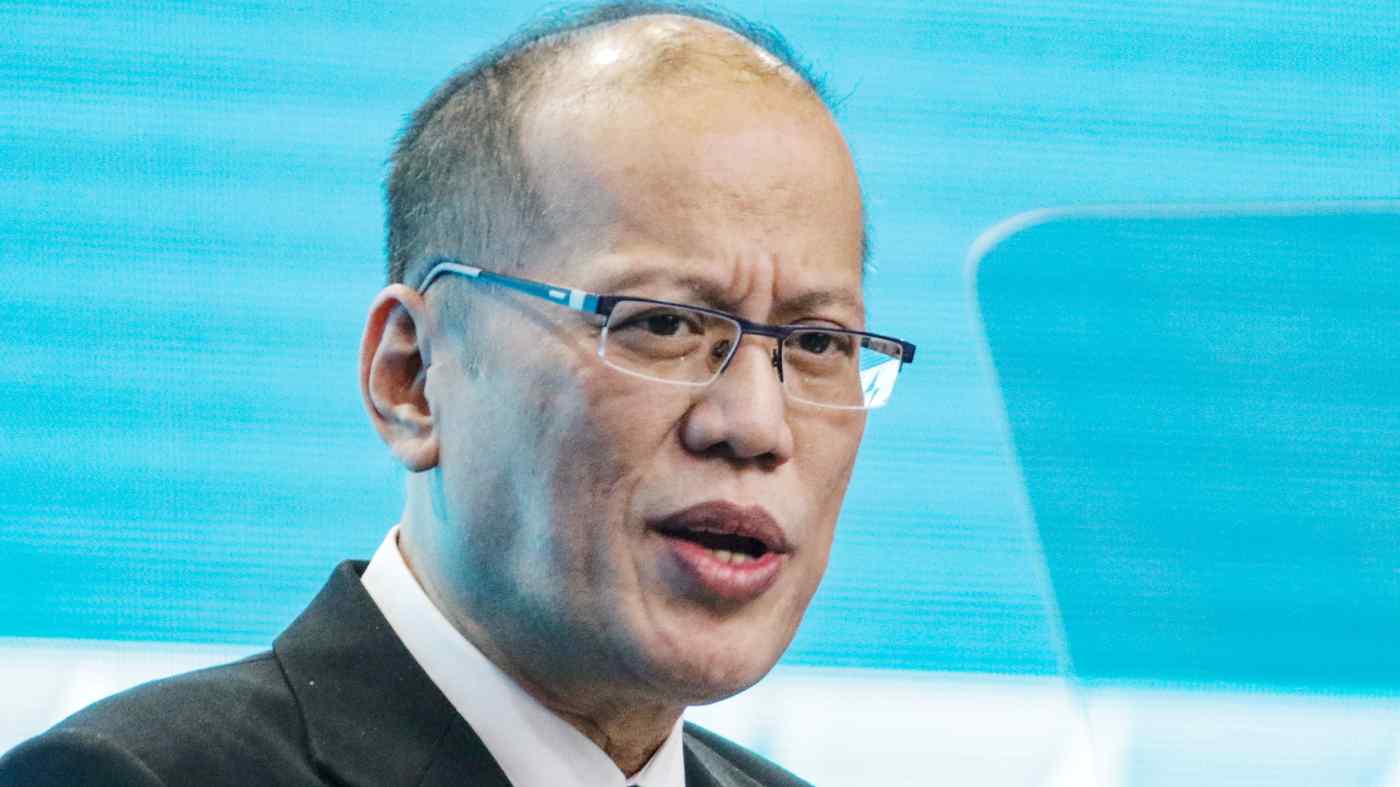 "It is with profound grief that on behalf of our family I am confirming that our brother, Benigno 'Noynoy' S. Aquino III, died peacefully in his sleep," said Pinky Aquino-Abellada, sister of the former president.

He was pronounced dead at 6:30 a.m. due to renal disease secondary to diabetes, Aquino-Abellada told reporters outside the Heritage Park in Taguig City in Metro Manila where Aquino's remains will be brought.

"No words can express how broken our hearts are, and how long it will take for us to accept the reality that he is gone," said Aquino-Abellada, flanked by her other sisters, including actress Kris Aquino.

Local media reported the former president was rushed to Capitol Medical Center in Metro Manila early Thursday. Aquino, a bachelor, was a chain smoker, which had raised concerns about his health while he was in office.

Aquino, served as president of the Philippines from 2010 to 2016, was a scion of a Philippine political clan in Tarlac Province, north of Manila. Born on Feb. 8, 1960, he was the only son of two of the country's democratic icons -- slain former Sen. Benigno Aquino Jr. and former President Corazon Aquino, who fought Ferdinand Marcos' dictatorship in the 1980s.

The younger Aquino ran on a campaign to clean up a government riddled with graft and corruption. He presided six years of economic growth and rising foreign direct investment. Under his watch, the Philippines won investment-grade ratings from major debt watchers.

On the foreign policy front, Aquino bolstered defense ties with the U.S., sealing the Enhanced Defense Cooperation Agreement, which gives American troops an increased presence for longer periods in the Philippines.

In 2013, his administration took China to a U.N. arbitration court in The Hague over a South China Sea territorial dispute, a legal case Manila won about a week after Aquino stepped down in 2016.

During his tenure, Aquino faced criticism over the government's response to super typhoon Haiyan, which killed thousands and devastated large parts of the central Philippines. Critics also accused him of using government funds to buy lawmakers' political support; Aquino maintained the money was intended to stimulate the economy.

After the election of incumbent President Rodrigo Duterte, who hails from a different party, Aquino stepped out of the political limelight, rarely commenting publicly on controversial policies, such as the brutal drug war and Manila's diplomatic pivot to China.

Following the news of his demise, officials from both sides of the political aisle expressed sympathy and extolled Aquino's contributions to the country.

In a statement, President Rodrigo Duterte said: "Let us all take this opportunity to unite in prayer and set aside our differences as we pay respects to a leader who has given his best to serve the Filipino people."

"His memory and his family's legacy of offering their lives for the cause of democracy will forever remain etched in our hearts," Duterte added.

Defense Secretary Delfin Lorenzana said Aquino advocated for the strengthening of the nation's defense and security capabilities through modernizing the military.

"As commander in chief, he recognized the importance of equipping our military to better respond to the evolving domestic and regional security challenges," Lorenzana said in a statement.

Vice President Leni Robredo, an Aquino ally in the opposition Liberal Party, called Aquino a "man of integrity and honor, a man who always put the welfare of the people front and center."

"No amount of historical distortion can change the truth: that every decision he made was oriented towards the betterment of the Filipino people," Robredo said.

John Law, charge d' affaires at the U.S. Embassy in Manila, said: "On behalf of the U.S. Embassy, I offer our deepest condolences to former President Benigno Aquino III's family and loved ones at this heartbreaking time. We are saddened by President Aquino's passing and will always be thankful for our partnership."