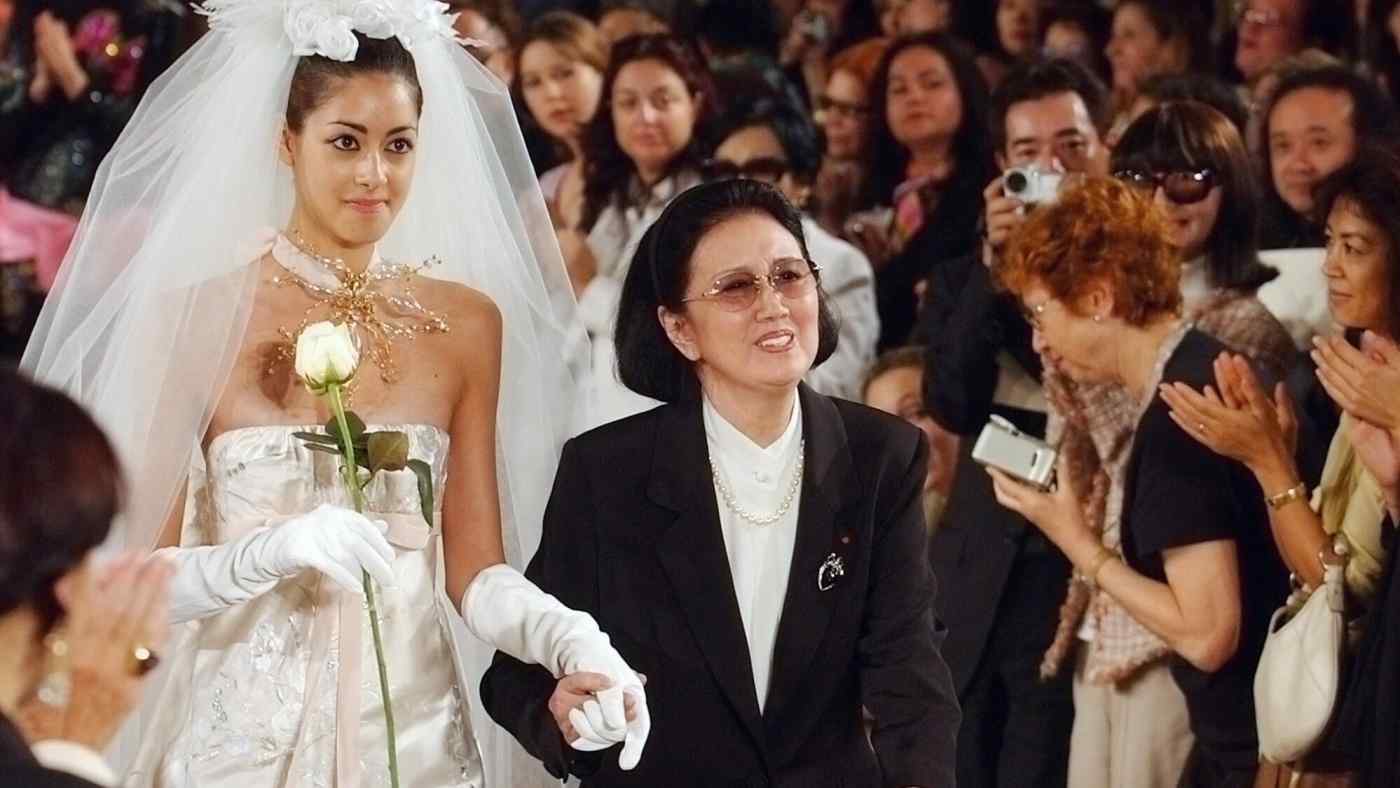 TOKYO (Kyodo) -- Pioneering Japanese fashion designer Hanae Mori, who gained international acclaim for her designs themed on "East meets West," died on Aug. 11 at her Tokyo home, her office said. She was 96.

The fashion trailblazer, known for her butterfly motifs, became the first Japanese person to be listed as an official "haute couture" designer in Paris in 1977. Mori presented her collections for decades in Japan and abroad until retiring from the runway in 2004.

Mori's career included designing a white gown for Japanese Empress Masako to wear during a wedding parade in 1993. She also created costumes for hundreds of Japanese movies in the 1950s.

Born in the western Japanese prefecture of Shimane in 1926, Mori moved to Tokyo with her family and graduated from Tokyo Woman's Christian University.

After opening her first atelier as a dressmaker in Tokyo's Shinjuku district at the age of 25, she held her first overseas fashion show in 1965 in New York where she garnered attention for fusing traditional Japanese kimono designs into a dress.

In July 2004, Mori held her last fashion show in Paris. But even after retiring from the forefront of the fashion business, she created costumes for an opera in her 90s.

She was honored in 1988 by the Japanese government with the Medal with Purple Ribbon, an honor bestowed on those who have made contributions to academic and artistic developments.

In 2002, she was awarded the Legion of Honor, France's most prestigious decoration, in the rank of officer.