'Life of Pi' actor Irrfan Khan dies of cancer at 54

Indian star appeared in 'Jurassic World' and 'The Namesake' 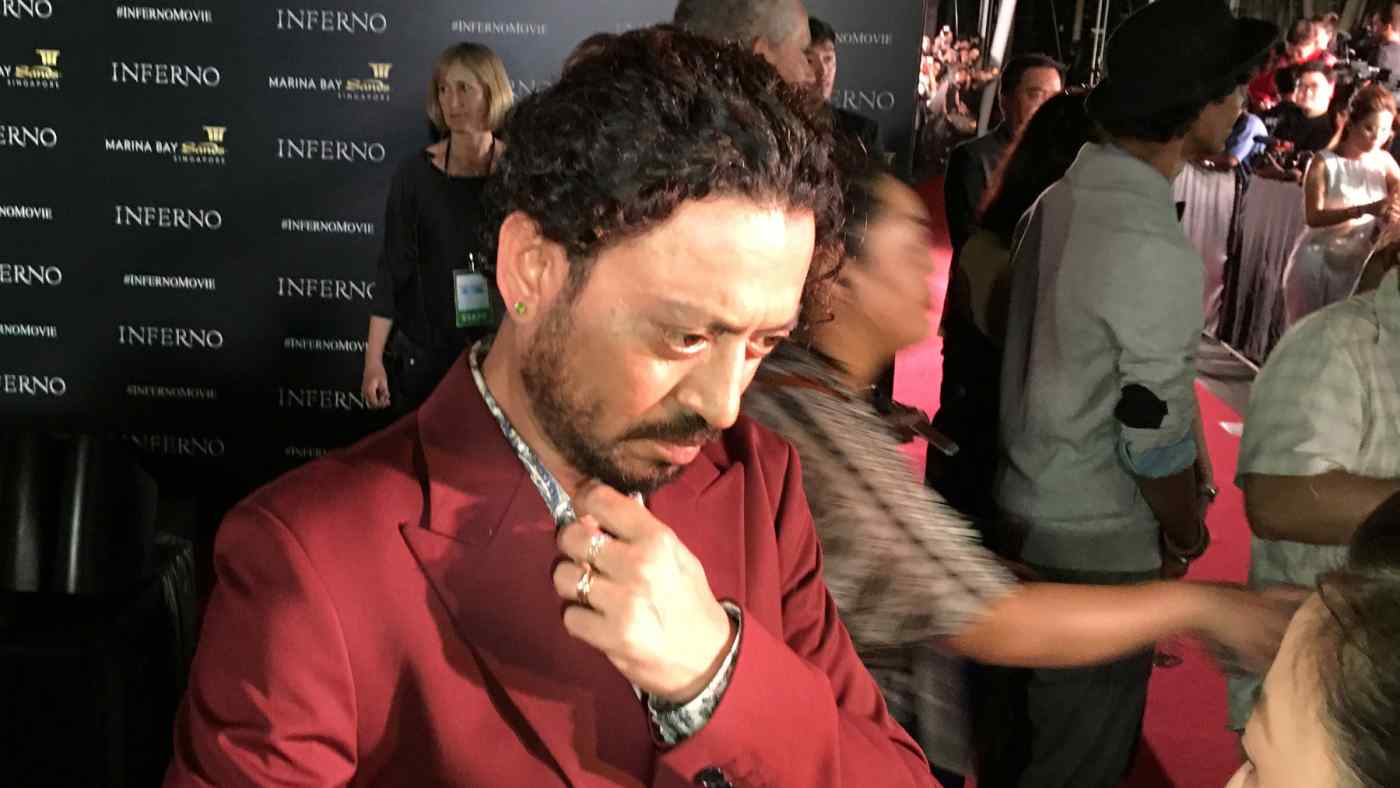 Indian actor Irrfan Khan speaks to the media as he promotes the film "Inferno" on a red carpet in Singapore.   © Reuters
April 30, 2020 06:49 JST | India
CopyCopied

MUMBAI (Reuters) -- Irrfan Khan, an Indian actor who brought versatility and style to recent hit films and had roles in Hollywood movies such as "Life of Pi" and "The Namesake," died on Wednesday, aged 54.

His death, after a prolonged battle with cancer, was confirmed by a spokesman who said Khan was surrounded by family at the time. He is survived by his wife and two children.

"He fought the many battles that came with it," the spokesman said in a statement, referring to the diagnosis of Khan's rare cancer in 2018.

Khan was among the first Indian actors to make a consistent mark in Western cinema, following in the footsteps of crossover pioneers such as Saeed Jaffrey, Roshan Seth and Om Puri.

"An incredible talent," said Bollywood superstar Amitabh Bachchan, among the tributes on Twitter that followed Khan's death. "A gracious colleague. A prolific contributor to the world of cinema. left us too soon creating a huge vacuum."

"Irrfan Khan’s demise is a loss to the world of cinema and theater. He will be remembered for his versatile performances across different mediums," Modi said in a tweet.

Born Sahabzade Irfan Ali Khan in the western desert state of Rajasthan, in a family with no ties to the cinema, the actor recalled in interviews that as children, he and his siblings were not allowed to watch movies.

The only exception was when a visiting uncle took them to the theater. Inspired by India's art house cinema of the 1980s Khan decided to make a career in the field and moved to New Delhi to study theater.

He then moved to Mumbai in search of acting jobs, but the Bollywood films of the 1990s did not present opportunities for the understated acting that Khan favored.

Khan worked in serials for Indian television for close to a decade and sought bit parts in films.

In 2001, as he was close to giving up, British filmmaker Asif Kapadia offered him the lead role in "The Warrior." The film won a BAFTA for Best British Film and was Britain’s entry to the Oscars. It also opened the doors to Hollywood, which appreciated Khan long before Bollywood claimed him.

He went on to act in indie hits such as Mira Nair’s "The Namesake" based on Jhumpa Lahiri’s book as well as more popular fare, including "Jurassic World."

In "The Namesake," he won praise for his sensitive portrayal of a man who moves to the United States and grapples with the crises of identity that first-generation immigrants can face.

Khan acted in filmmaker Ritesh Batra’s debut, "The Lunchbox." An intimate story about a cantankerous man and the woman who mistakenly sends him her husband’s lunch box one day, the film won worldwide acclaim, including in India.

In March 2018, Khan announced that he had been diagnosed with a neuroendocrine tumor. He subsequently returned from London, where he was being treated, and shot a film "Angrezi Medium" (English Medium), which released in Indian cinemas last month.

Khan was absent during promotions and had not been seen in public since news of his diagnosis.