SEOUL (AP) -- Former South Korean army Gen. Paik Sun-yup, who was celebrated as a major war hero for leading troops in several battle victories against North Korean soldiers during the 1950-53 Korean War, has died. He was 99.

The South Korean army announced his death on Saturday. It didn't immediately release the cause of death.

Born in 1920 in what is now North Pyongan province in North Korea, Paik graduated from a Japanese military academy in Manchuria when the Korean Peninsula was under Japanese colonial rule and was a lieutenant in the Japanese army during World War II.

Paik, in the early 1940s, participated in several Japanese military operations to eliminate Korean guerrilla groups fighting for independence in northeastern China, a record his critics saw as a huge blot on his legacy.

Paik returned to Korea after WWII, which also liberated the peninsula from Japanese rule, and joined the army of the U.S.-controlled South. He headed the army's intelligence unit that carried out a dramatic purge of communists within the military, which followed a 1948 mutiny of soldiers led by members of the South Korean Workers' Party.

During that time, Paik famously saved from death an arrested major named Park Chung-hee, a future dictator who would rule South Korea for nearly 20 years after taking power in a 1961 coup.

In several memoirs he wrote, Paik said a court martial had sentenced Park to death after he was exposed as a member of the South Korean Workers' Party. Paik wrote that he arranged for Park to be eventually released because he was compliant after his arrest and provided investigators with detailed lists of Workers' Party members in the army. 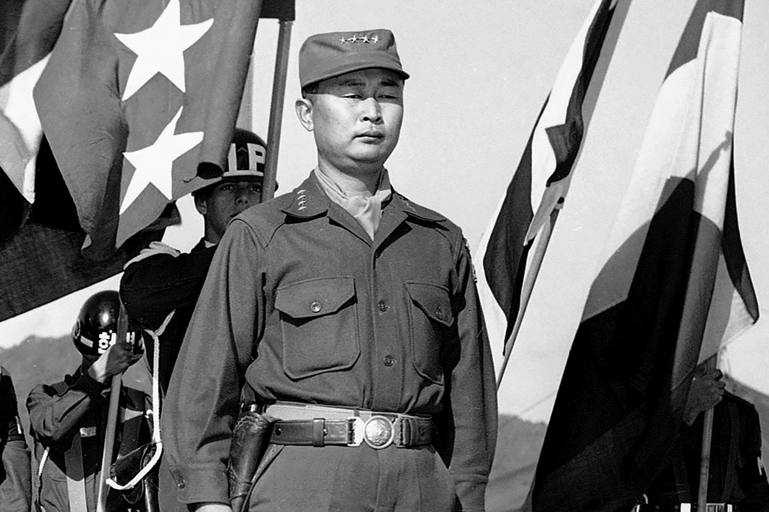 When North Korean soldiers invaded the South in June 1950, Paik commanded the South Korean army's 1st Infantry Division, which was crucial in the defense of the southern city of Daegu, and the subsequent drive into North Korea, which saw U.S.-led allied forces temporarily capture Pyongyang in October.

But a massive troop intervention by China saved the North from defeat and the fighting stopped in 1953 with an armistice.

Paik became one of the U.N. representatives when the armistice talks began and was the first South Korean officer promoted to a four-star general in January 1953. He also commanded a task force that wiped out communist guerrillas in South Korea before the fighting stopped in 1953.

After serving for two years as the chairman of the South's Joint Chiefs of Staff, Paik retired from the military in 1960. He served as South Korea's ambassador to Taiwan, France and Canada and was transportation minister from 1969 to 1971, under Park's rule.

"From his time serving in the Korean War to becoming South Korea's first four-star General to serving as the ROK Army Chief of Staff, General Paik is a hero and national treasure who will be truly missed," Gen. Abrams said, referring to South Korea by its formal name, the Republic of Korea.

Following a five-day mourning, Paik's body will be buried at the national cemetery in the central city of Daejeon on Wednesday.