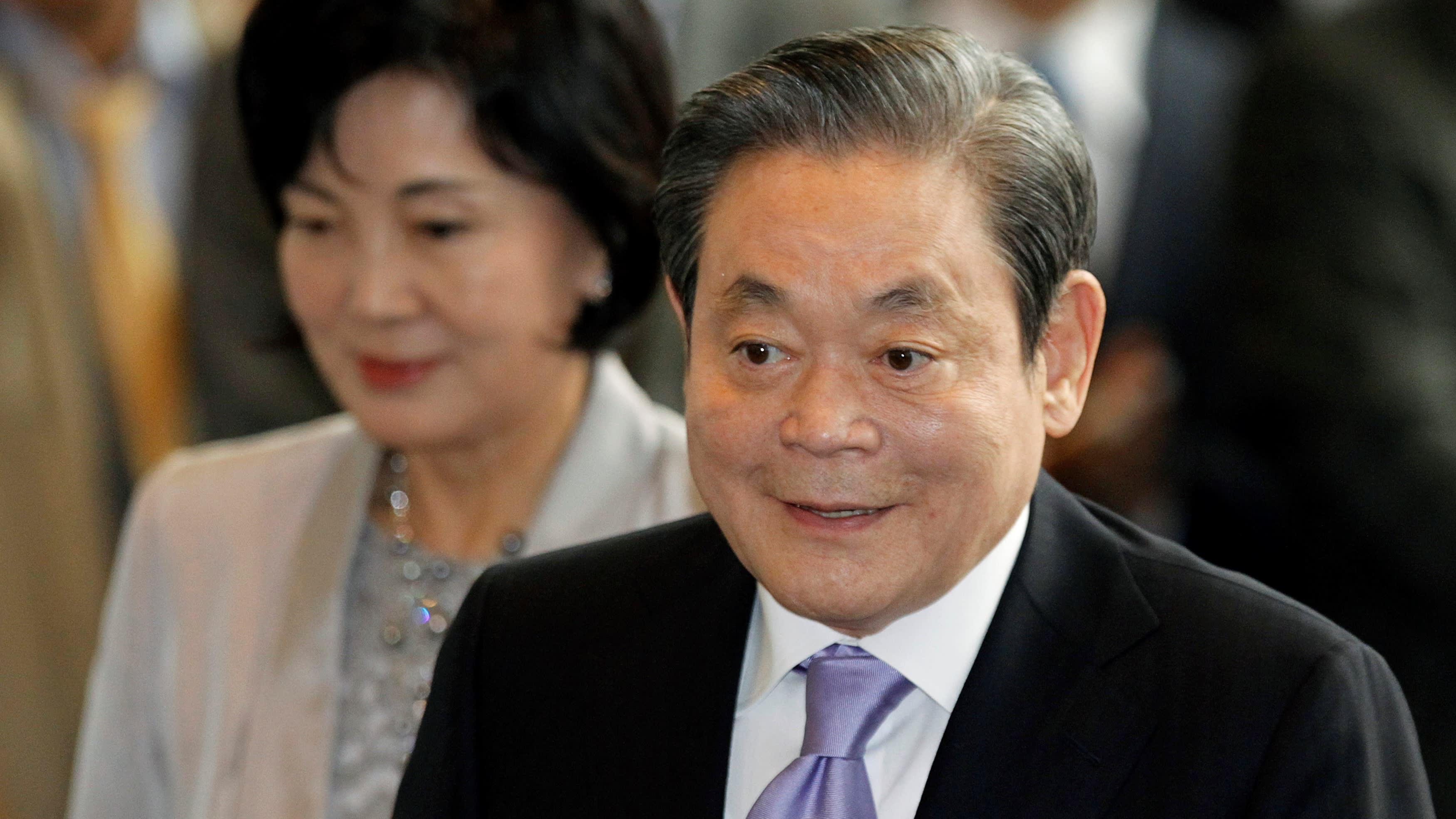 SEOUL -- Samsung Electronics Chairman Lee Kun-hee died at Samsung Medical Center in southern Seoul on Sunday, the company said. He was 78. Lee had been hospitalized for over six years following a heart attack at his home in Itaewon, central Seoul, in 2014.

"It is with great sadness that we announce the passing of Lee Kun-hee, Chairman of Samsung Electronics. Chairman Lee passed away on October 25 with his family, including Vice Chairman Lee Jae-yong, by his side," the company said in a statement.

Lee played a key role in transforming Samsung into a leader in the global tech industry after he took the helm of the conglomerate in 1987 from his father, company founder Lee Byung-chull.

In his 1993 "New Management" declaration, Chairman Lee exhorted executives to "change everything except your wives and children" in their quest to reinvent the company and deliver world-beating technology.

Those efforts paid off. In 2006, Samsung surpassed Sony to become the No. 1 in the global TV market. Five years later it overtook Apple as the world's biggest smartphone maker. A former Samsung executive remembered Lee as a figure who transformed not only his own company but South Korean business as a whole.

"He was the biggest star in South Korea's corporate history," said Kim Kyung-won, vice president of Sejong University in Seoul and a former executive at the Samsung Economic Research Institute.

"His New Management declaration stimulated other Korean conglomerates to follow in his steps. That has helped them to catch up to Japan in semiconductors, electronics, home appliances and shipbuilding."

Lee was South Korea's richest person, with total stock holdings valued at 17.6 trillion won ($15.6 billion) as of last December, according to CEO Score, a corporate analysis company. He was followed by his son with 7.4 trillion won.

But Lee also faced numerous legal challenges during his career, including charges of corruption. He was indicted in 2008 for creating slush funds, and Kim Yong-chul, a former legal council for the company, said publicly that Lee had bribed politicians, judges and prosecutors.

Since his hospitalization, his son Lee Jae-yong, vice chairman of Samsung Electronics, has served as de facto head of South Korea's biggest conglomerate. Like his father, the vice chairman is also facing legal challenges, in his case over alleged accounting fraud and market manipulation.

The elder Lee is survived by his wife Hong Ra-hee, son Lee and two daughters, Lee Boo-jin and Lee Seo-hyun. Samsung said a simple funeral will be held by the Lee family.