TOKYO (Kyodo) -- Japanese actor Shinichi Chiba, also known as Sonny Chiba, who dazzled action movie fans in Japan and abroad, died Thursday at a hospital in Chiba Prefecture near Tokyo due to pneumonia associated with COVID-19, his office said.

Chiba, the Fukuoka native, gained nationwide popularity through his role in the television drama series "Key Hunter," which began in the late 1960s.

The karate movie "Gekitotsu! Satsujin ken" in the 1970s featuring his action-filled performances became a hit in the U.S., and its popularity endures outside Japan. 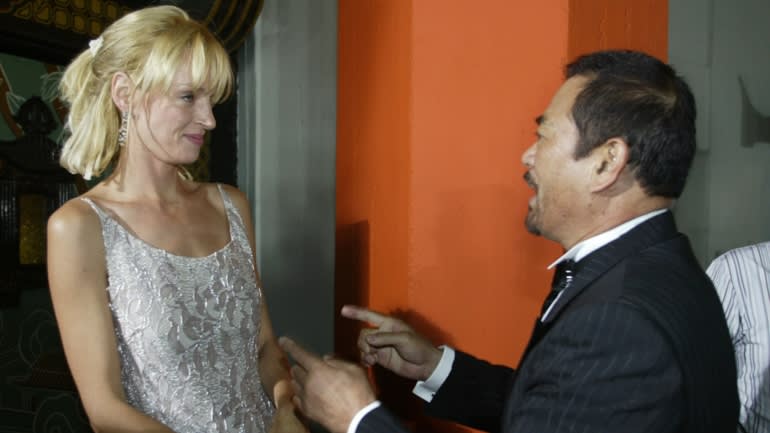 Uma Thurman and  Sonny Chiba, two of the stars of "Kill Bill: Vol. 1," greet each other at the film's premiere in Hollywood in September 2003.    © Reuters
CopyCopied