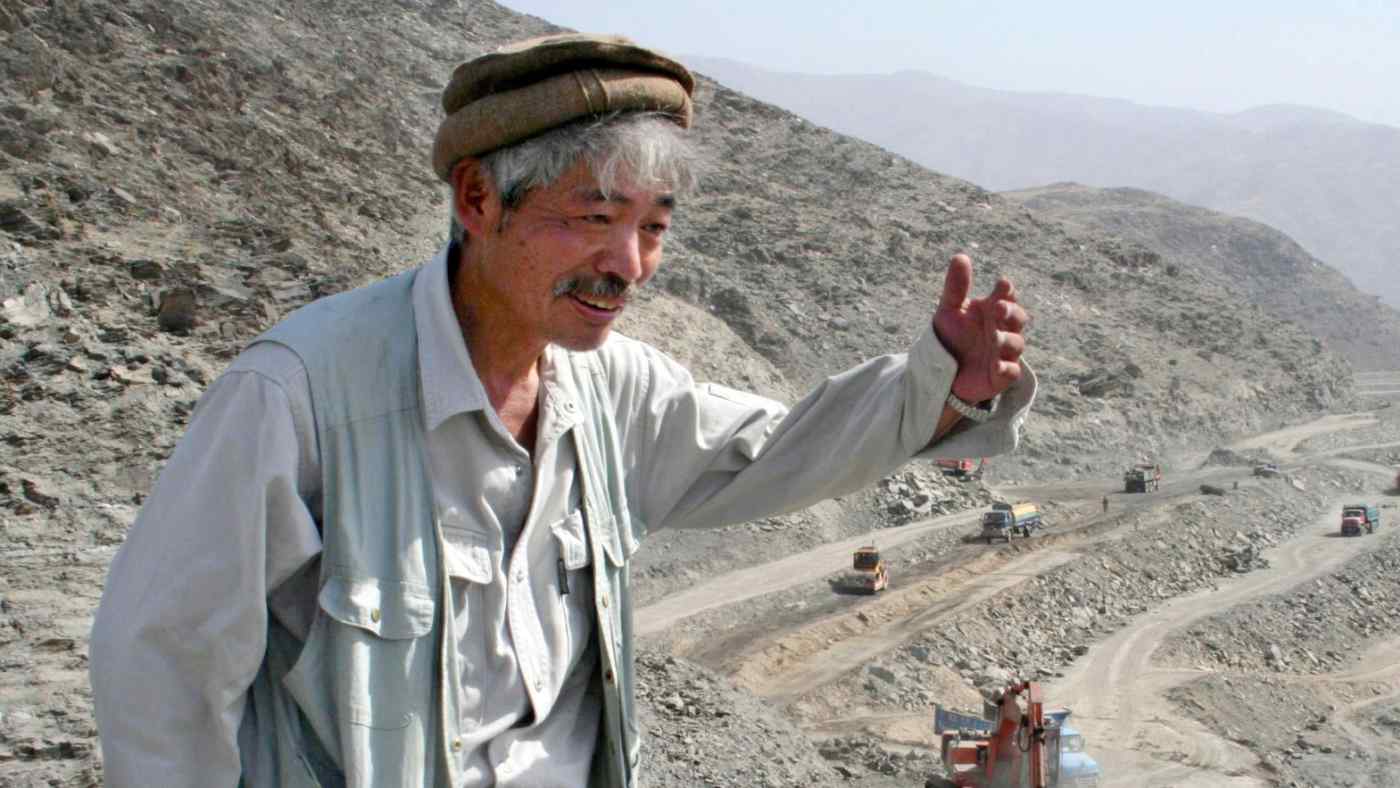 I spent two days with Nakamura last summer, trying to get to know the man who had dedicated his life to helping the Afghan people. When asked what motivated him to work in Afghanistan for three decades, Nakamura smiled shyly and said: "I think everybody has something to do as a human being, but expressing it out loud is embarrassing, particularly for a guy from Kyushu [in southern Japan]."

Nakamura's career did not begin as a tireless humanitarian. After graduating from Kyushu University School of Medicine, he took a job in Pakistan thinking that he could indulge in his passion -- collecting insects.

But the experience there changed his life. He witnessed the flood of refugees from neighboring Afghanistan, fleeing the war brought on by the Soviet invasion.

A drought in Afghanistan in 2000 prompted Nakamura to give up medicine and start building irrigation canals in the country. He always said, "One irrigation canal will do more good than 100 doctors."

Always resourceful, he designed the canals himself and even operated the heavy machinery used in their construction.

He defied death a number of times, evading machine-gun fire from a U.S. military helicopter, and once rushing to protect levees threatened by a dangerously swollen river. "I would be happy to die here," he said.

Afghanistan's Marwarid Canal, of which Nakamura oversaw construction, was completed in 2010. It now provides water for about 16,000 hectares and supports 600,000 residents. Nakamura received a decoration from the Afghan president in 2018 for his work. Some people say he could have been nominated for the Nobel Peace Prize.

But Nakamura cared little about these things, focusing more on getting results than receiving awards. "The worse the security situation gets, the more farmland turns to desert. I don't want to see it happening," he said. Men hold candles in front of a portrait of Tetsu Nakamura, who was killed in Jalalabad, Afghanistan on Dec 4.   © Reuters

The doctor stayed in Afghanistan even as the world seemed to lose interest in the country's plight. For him, recovery was only half finished. But he must have thought often of Kazuya Ito, a Japanese colleague, who was abducted and killed in Afghanistan in 2008.

Because of this, Nakamura's murder at the age of 73 came as a surprise, as he paid extra attention to security in the violent country.

Now, only his memory and accomplishments remain, summed up best by what he saw as his life mission: "to shine light into dark corners."

He was determined to do the best he could, in whatever corner of the world he found himself, and dedicated his life to shining a light into Afghanistan.