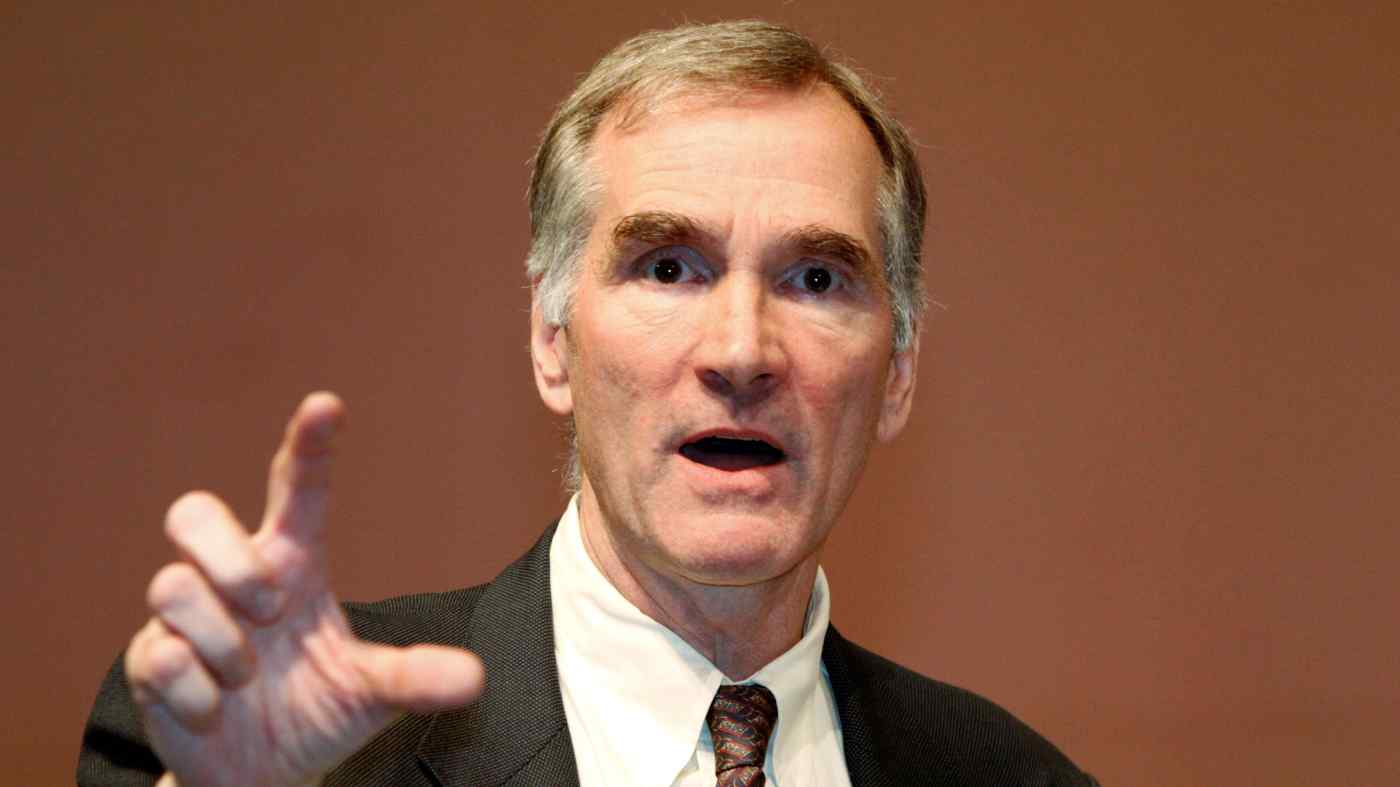 NEW YORK -- David Swensen, chief investment officer at Yale University and an instrumental figure in the inception of Chinese private equity giant Hillhouse Capital, has died. He was 67.

"I write with profound sadness to share the news that David Swensen, Yale's chief investment officer, died yesterday evening after a long and courageous battle with cancer," Yale President Peter Salovey wrote in a statement Thursday.

During his tenure of over 30 years, Swensen expanded Yale's endowment to $31.2 billion in 2020 from $1 billion when he joined in 1985. He became the face of the endowment world and was credited as the architect of the so-called Yale model, where institutional investors lean heavily on alternative assets such as private equity, hedge funds and venture capital, as well as international investments.

This approach was illustrated by Yale giving $20 million in seed capital in 2005 to Hillhouse founder Zhang Lei, who had worked for Swensen as an intern in the endowment office. Assets under Hillhouse's management reached $60 billion in late 2018.

Hillhouse was an early backer of many Chinese tech companies including Tencent Holdings and JD.com. It holds stakes in major internet companies and retailers such as Pinduoduo, Uber Technologies, DoorDash, Zoom, Sea and Miniso, according to its latest U.S. Securities and Exchange Commission filing.

Zhang posted a heartfelt obituary on Hillhouse's website Thursday, saying "I find it challenging to convey the magnitude of David's impact on my life. David was my first teacher in the discipline of investing; he taught me what it meant to be a fiduciary, to be truly long term, and to build an organization with a soul." 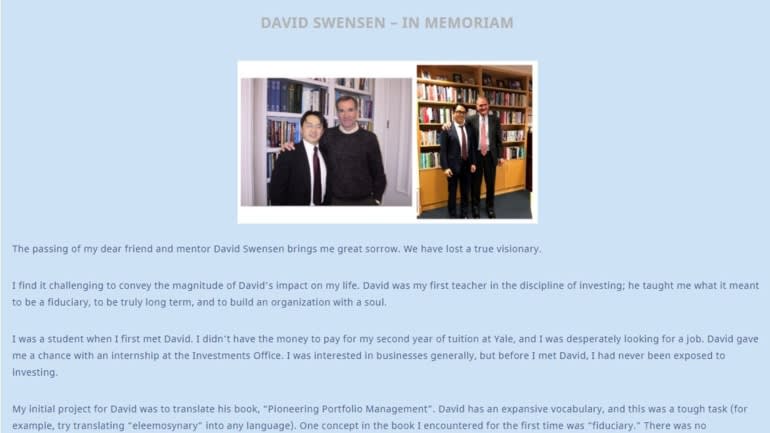 Hillhouse founder and Chairman Zhang Lei posted his memories of David Swensen on his company's website.

Unable to pay for his second year of tuition at Yale and desperate for a job, Zhang sought an internship at Yale's investment office, which Swensen granted. His first assignment was to translate Swensen's book, "Pioneering Portfolio Management," into Chinese.

Zhang writes that it was a daunting task, due to Swensen's expansive vocabulary. "Try translating 'eleemosynary' into any language," he wrote in the obituary Thursday.

Zhang was 32 when he launched Hillhouse and Swensen offered the seed money.

"I've asked David before why it was that he invested in Hillhouse, at the time when surely no other institutional investor would have taken the chance," Zhang wrote. "He said, 'when you work with the right people, something good is bound to happen.' This has become a mantra now at Hillhouse, 'Spend quality time with quality people.' I think this is perhaps the most important lesson there is about investing, and David knew it by heart."

"We have lost a true visionary," the now-multibillionaire Zhang wrote.

In 2010, Zhang made a gift of $8,888,888 to Yale School of Management, playing on the lucky number "8" in Chinese culture as he made the largest donation to the business school from one of its graduates.

Swensen received a Ph.D. in economics from Yale in 1980. He returned to his alma mater to head its endowment after stints at Wall Street firms Salomon Brothers and Lehman Brothers.