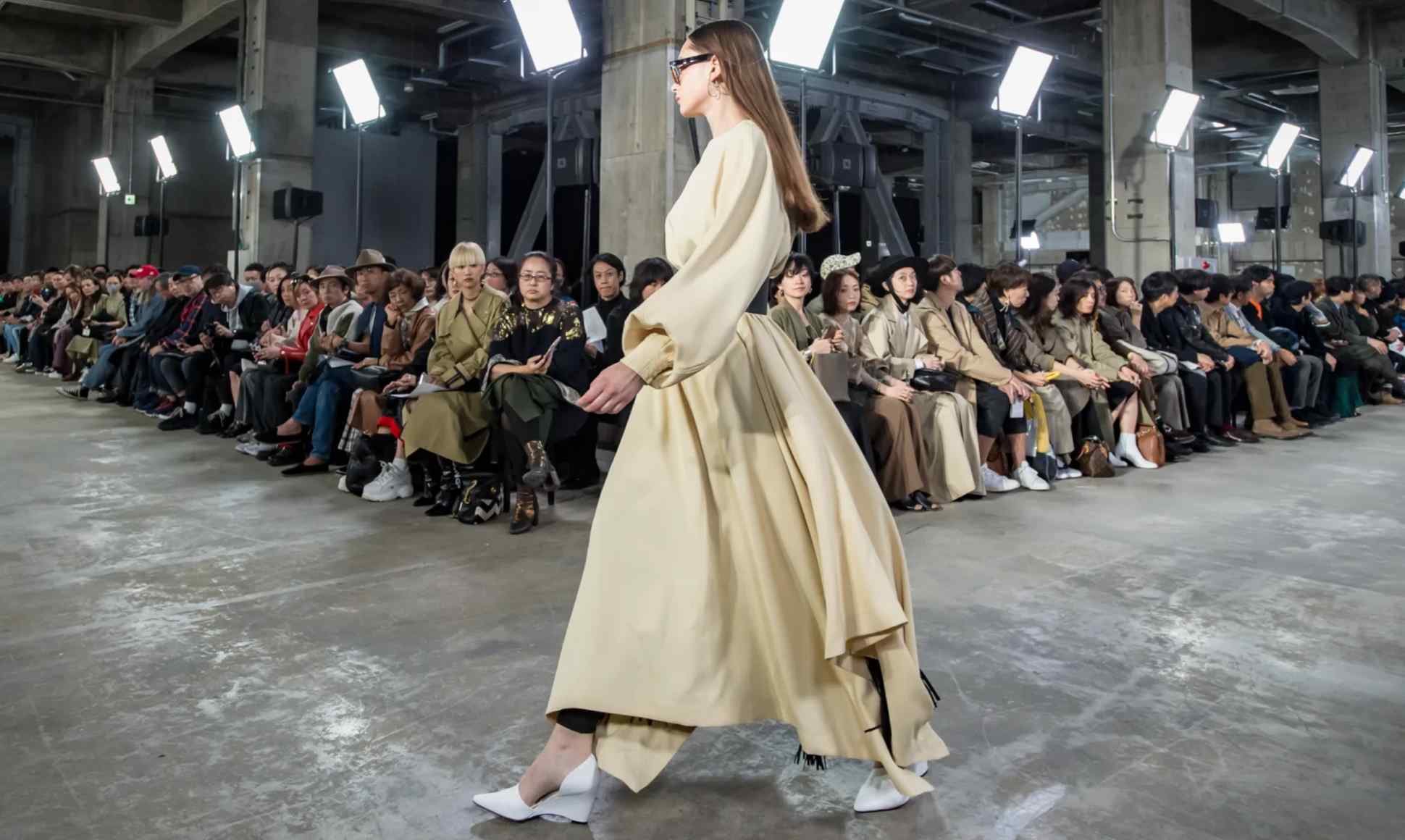 Womenswear label Hyke put on one of the best shows of the week at a waterfront warehouse on Tennozu Isle.
Life & Arts

Tokyo is an international fashion hot spot -- why does its fashion week lack global clout?

Tokyo Fashion Week (officially Amazon Fashion Week Tokyo, after its chief sponsor) coincided with the arrival of spring this season. The sun shone, temperatures nudged up and cherry blossoms oblig­ingly appeared. This was good news for Paris-based brand Koché, whose designer Christelle Kocher had taken the risky move of holding her evening show on the open rooftop of Tsutaya, a multistory music, film and bookshop on a pulsating Shibuya crossing. The sounds from the street below rose up as models strutted along the runway and the crowd included familiar faces, such as supermodel Ai Tominaga, United Arrows & Sons creative director Motofumi “Poggy” Kogi and pink-haired Instagram starlets Ami and Aya. The show contained elements from Koché’s recent outing in Paris, with the addition of a new Pikachu-emblazoned collaboration with Nintendo and an ending that featured the classic 1961 song “Sukiyaki.” The weather held and it felt like a Tokyo fashion moment.

More than 50 mostly Japanese brands showed during the week, 14 of which were appearing for the first time. There were satellite events, parties, talks and dozens of runway shows, three of them fresh from Paris Fashion Week. And yet the event seemed to make little impact on the city or the wider fashion world.