A week after Japan floods, breakdowns in preparation clear

Warnings and evacuation orders not enough to prevent deaths 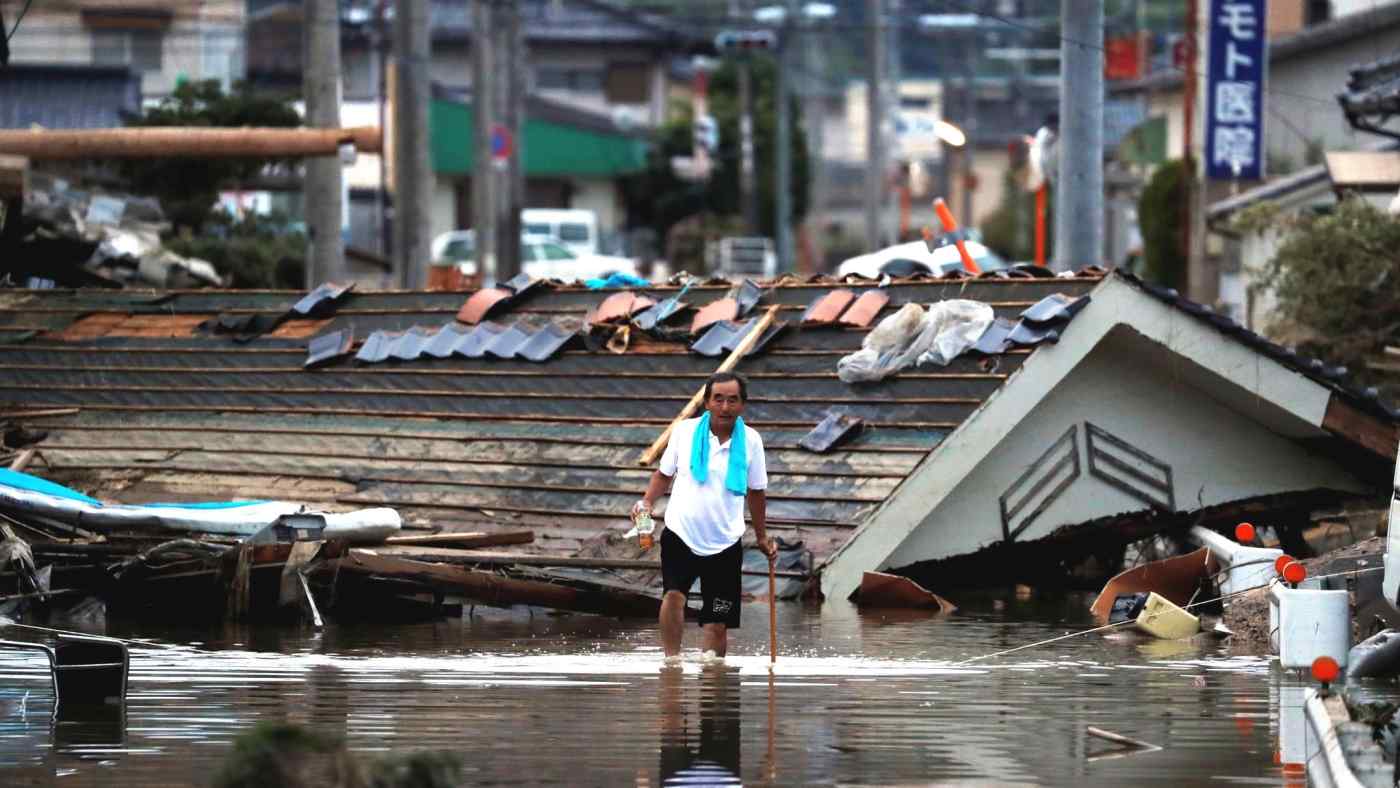 Emergency warnings and evacuation orders failed to coax many out of their homes before flooding swept much of western Japan.   © Reuters
Nikkei staff writersJuly 14, 2018 07:23 JST | Japan
CopyCopied

TOKYO -- The deadly flooding in western Japan has exposed deep problems with the nation's warnings-based disaster prevention system, exposing it as a poor substitute for physical flood control measures.

Three days of intense rain that began July 6 put to the test recent efforts to make timely disaster and evacuation alerts a core part of disaster preparedness. Now, with the death toll topping 200 as of Friday, this so-called soft disaster prevention policy appears to have fallen far short.

Take a section of Kurashiki, Okayama Prefecture, that was 30%-flooded by the end of the storm. Residents were urged to evacuate by email and emergency broadcast at 10 p.m. on July 6. An emergency warning came in 40 minutes later, prompting the city to issue an even more urgent evacuation order.

But many missed the significance of these warnings. "I saw on television that there was an emergency warning, but my neighbors and I decided to wait and see how things developed, until it was too late to flee," said a 74-year-old rescued by boat from the second story of his home on Saturday after the first floor flooded.

The JMA issues emergency warnings for rainfall of an intensity seen only once every few decades. These messages indicate that severe danger is imminent.

Some residents could not hear or understand emergency broadcasts, or were reluctant to evacuate at night. In other cases, seniors could not flee alone to evacuation centers or climb to higher floors.

Decades of underinvestment in physical disaster prevention compounded the warning system's shortcomings. The 800 billion yen ($7.12 billion) or so in spending for flood control projects for fiscal 2018 falls more than 40% short of the roughly 1.4 trillion yen of fiscal 1997.

Improvements are urgent, given the distinct possibility of future flooding on a similar scale, according to experts. Cases of rainfall exceeding 50 mm per hour are growing more frequent, JMA data shows, occurring an average of 238 times a year between 2008 and 2017. The period from 1976 to 1985 logged only 174 such cases a year.