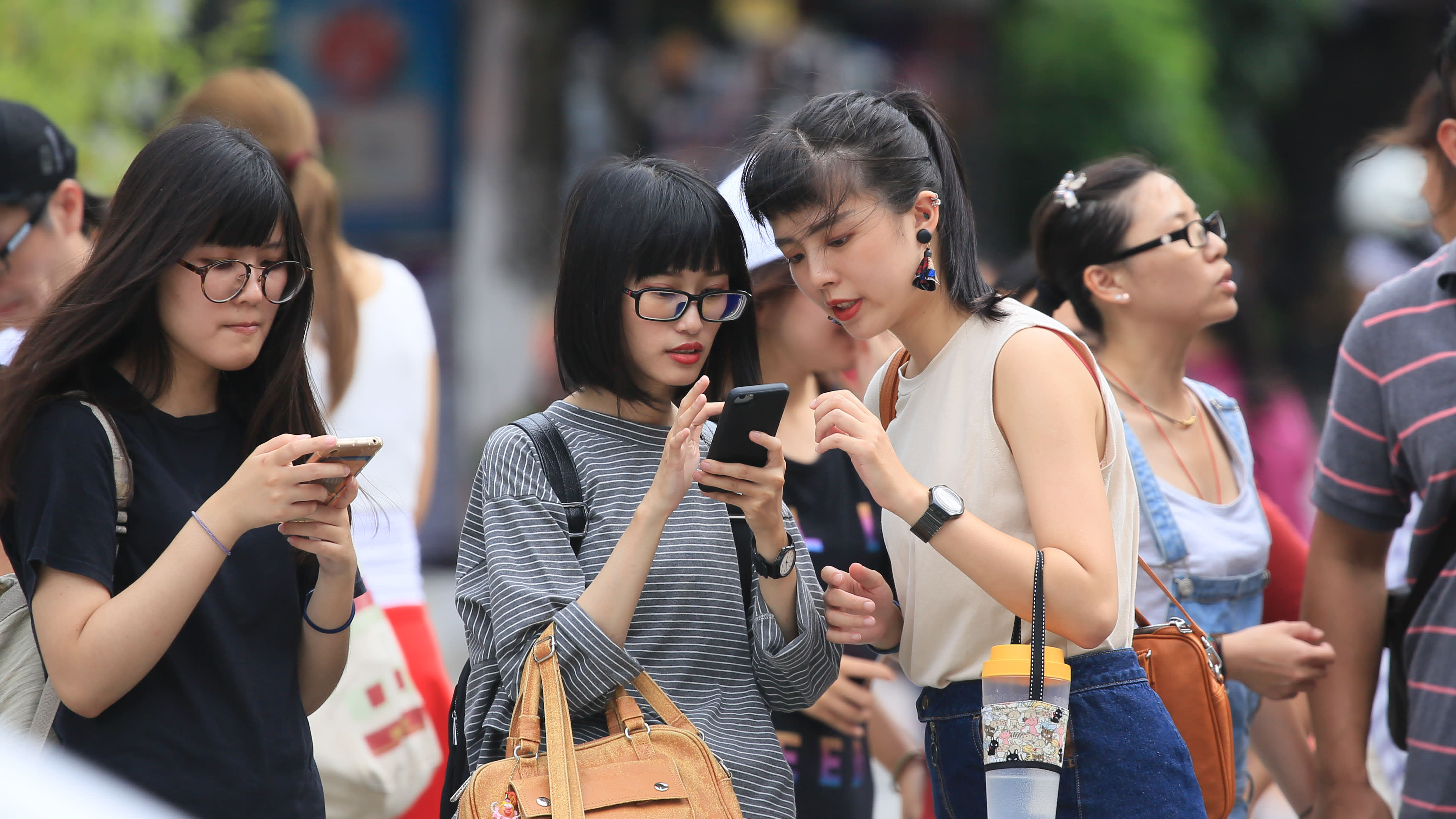 According to a survey by a Taiwanese magazine, 41.9% of those aged between 18 and 39 plan to go abroad to work or study within the next several years. (Photo by Ken Kobayashi)
KENSAKU IHARA, Nikkei staff writerMarch 16, 2019 05:05 JST | Taiwan
CopyCopied

TAIPEI -- A growing number of younger Taiwanese are looking to land jobs in Japan, driven by meager starting salaries and dissatisfaction with life on the island.

According to a March survey released by Global Views, a major Taiwanese magazine, 41.9% of those aged between 18 and 39 plan to go abroad to work or study within the next several years. The most popular destination was Japan at 22.6%, followed by mainland China at 21.4% and the U.S. at 16.7%.

Work visas for Taiwanese have doubled in five years. Japanese companies are snapping up newcomers for their language skills, close cultural ties and generally pro-Japan views. Many have been promoted to managerial posts in the tourism industry and in companies expanding abroad.

The young workers are a boon for Japanese businesses amid an ongoing labor shortage. Many Taiwanese are trilingual -- fluent in Chinese, Japanese and English -- and comfortable in international environments, making them attractive additions for companies with overseas ambitions.

At a job fair in Taipei last month, more than 300 attendees came looking for positions at Japanese companies. The event, sponsored by Tokyo-based recruiter Fourth Valley Concierge in partnership with a Taiwanese company, included a course about the finer points of getting hired in Japan, like how to write a resume.

"Japanese companies are filled with people who have spent their entire careers at the same companies," the instructor said. "So, if your resume shows many employers, people will think you might quit soon." Job seekers crowd a presentation at a jobs fair in Taiwan for Japanese companies. (Photo by Kensaku Ihara)

Jasmin Hsieh, a 22-year-old Japanese major at Taipei's Shih Hsin University, was among the participants. "I love Japanese history and culture, and have dreamed of working there," she said. Hsieh wants to work for a Japanese cosmetics company, but is daunted by the challenge. "There are a lot of unique customs, even when it comes to just writing a resume."

Unimat Precious, a Tokyo-based resort operator, was looking for Taiwanese staff for its new hotels in Okinawa. "They know Chinese, speak Japanese well, and are serious," said Haruhito Togo, a Unimat director. "We hope to recruit at least 10 people."

Tagoju, a supermarket chain based in Shizuoka Prefecture, was also on hand seeking employees. "We'll recruit [Taiwanese workers] at about the same quota as Japanese, and hope many eventually rise to managerial positions," said company director Kazuo Konagai.

The chain turned to Taiwan as it began to feel the pinch of Japan's labor shortage -- but not without reservations. "I feel a bit unsure about whether they'll fit in with our corporate culture," Konagai said.

Nippon Parking Development, a large parking-lot operator, was trying to recruit Taiwanese for its Asian expansion efforts. An official said, "They have determination and a desire to improve themselves. We want to recruit personnel for sales, management and other positions." According to Japan's Foreign Ministry, about 2,300 "working visas" and "highly skilled professional visas" were issued to Taiwanese in 2017, up 30% from 2016 and a twofold increase from 2012. Most visas are believed to have been granted to new graduates.

One factor fueling the increase is a sense of malaise in Taiwan, where average starting salaries for new graduates have stagnated for nearly 10 years.

Some starting salaries are as low as 22,000 New Taiwan dollars ($712) per month. The low wages make it difficult to start families and buy homes, especially in urban areas where property prices are skyrocketing.

There is also a strong sense of frustration among young people, as Taiwan's place in the international community continues to be marginalized by China's efforts to reunify the island with the mainland.

Taiwan's population is not large, but its universities matriculate a large number of highly skilled professionals every year. As more of these educated workers leave the island, other countries are set to gain at Taiwan's expense.