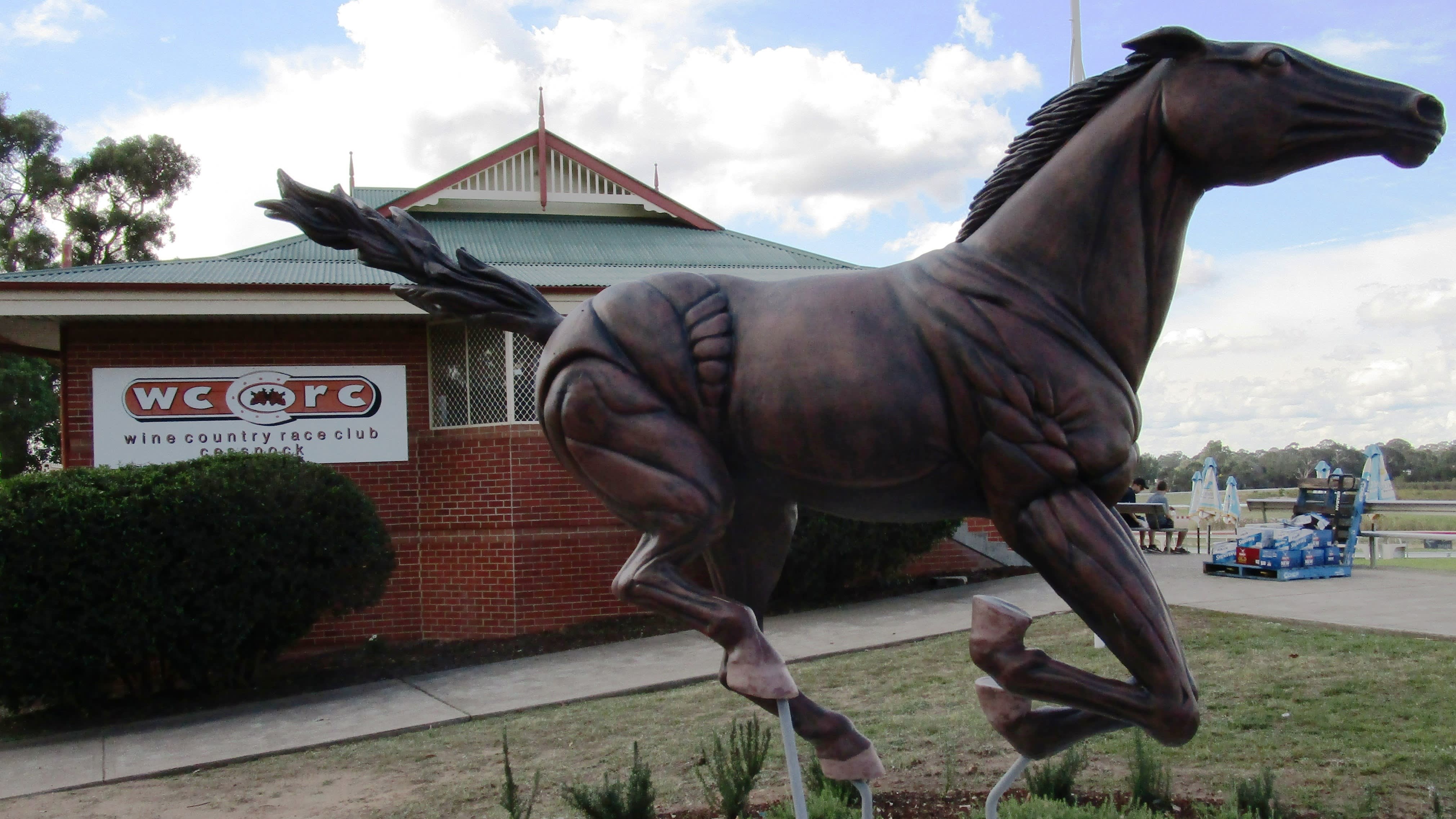 SYDNEY -- In the Australian vernacular, having a punt on the ponies is usually a mug's game. Translation: Betting on horse races is usually a foolish practice. But owning a racehorse? That's a different story. Every year, thousands of Australians happily hand over a few thousand dollars to a syndicate manager in the hope of becoming part-owner of the next Winx, the current superstar of the Australian turf.

There is no bigger champion in Australian racing history than Winx, a six-year-old mare who was sold as a yearling for $230,000 Australian dollars ($175,000) at the 2013 Gold Coast "Magic Millions" thoroughbred sale and is closing in on A$20 million in prize money.

Born to an Australian mare named Vegas Showgirl and sired by an Irish-bred stallion called Street Cry, Winx is top of the Longines World's Best Racehorse rankings, compiled by the International Federation of Horseracing Authorities -- a status affirmed on April 14 when she won the Queen Elizabeth stakes at Sydney's Royal Randwick racecourse.

It was the 25th win in a row for Winx, and her 18th in Group 1 competition -- the highest category in world horse racing -- taking her prize money so far to A$18.9 million. That makes her the biggest money-winner in Australian racing history, ahead of such stars as Makybe Diva, a triple winner of the Melbourne Cup, Australia's most famous race, which collected A$14.52 million, and the unbeaten sprinter Black Caviar (A$8 million), which won 25 races, including 15 at Group 1 level, between 2008 and 2013.

While every racehorse owner wants to be associated with a Winx, a Makybe Diva or a Black Caviar, the chances of that happening are close to zero. There are about 30,000 horses in training at any one time in Australia, and only a few thousand will win a race during their careers. Among these winners, relatively few will win one of the 72 annual Group 1 races, which carry the biggest prize money.

Most of the nation's 80,000 owners are realistic in their expectations. They join one of the many registered racing syndicates on offer (or create their own) and invest perhaps A$2,000 for 5% ownership of a A$40,000 yearling that might -- just might -- win a race or two. As 5% owners they pay a monthly syndicate management fee, plus another A$2,000 to A$3,000 a year as their share of the cost of paying trainers to feed, prepare and generally take care of their horses between races.

Winemaker and part-time horse breeder Adam Elbourne and his wife, dentist Alexys Ward, own 5% shares in seven racehorses. They love the atmosphere of race days, and the thrill of competing, but are yet to taste much success. Adam Elbourne said he dreams of winning the Golden Slipper -- the top Australian race for two-year-old horses -- or just a win on a major track. But as the trainers tell him, owning a racehorse is like being in a four-legged lottery. "You have to go into this on the basis that you are putting in what you can afford to lose," Elbourne said. "If you get some money back sometime, then that's a good result. Plus, it's fun, too."

For their money, Elbourne and other syndicate members get to enter the owners' area at the race track, talk to their trainer and jockey, discuss racing plans, and experience the excitement and passion that comes with owning a racehorse -- the thunder of hooves down the straight, the flashes of color from the jockeys' silks, the roar of the crowd, the ecstasy of victory or the agony of defeat. 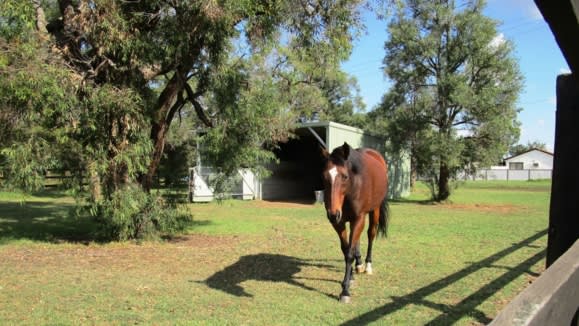 This is the romance of the turf at every level -- from the Melbourne Cup at Melbourne's Flemington racecourse, where entry to the big sponsors' marquees opens up a world of champagne, caviar and high fashion, to simple country race meetings where strolling around the saddling ring while eating a meat pie covered in tomato ketchup is the norm.

In years gone by, the industry has been tarnished by illegal behavior by trainers who doped horses, jockeys who failed to give their best efforts, and bookmakers and owners who connived to suppress information that should have been publicly available. But the sport has been cleaned up in recent years, and racing is enjoying something of a glamorous comeback in the public mind, spurred by increased prize money from high-profile sponsors such as Longines, a Swiss watchmaker.

Big money is evident at major tracks, but rural race meetings retain their charm as social events for local communities, and are more relaxed and informal. Owners, trainers, jockeys, bookmakers and officials mingle with the crowds, and on "picnic" race days, families with children are part of the scene.

In recent years a starter subsidy of A$200 to A$300 a race has been a boon for many owners. Even if a runner comes last, the subsidy covers part of the cost of transporting the horse to the racetrack and paying for a jockey. In New South Wales the lowest prize money is usually A$20,000 a race, including A$11,000 for the winner.

Embedded in every potential owner's mind are stories about horses that could have been bought for very low prices and later became big winners. Kingston Town, one of the greatest horses ever to race in Australia, failed to reach his A$8,000 reserve at the Melbourne yearling auction in 1977, so breeder David Hains kept him and sent him to a leading Sydney trainer. Kingston Town went on to win 30 races from 41 starts between 1979 and 1982, earning more than A$1.6 million at a time when prize money was much lower than it is today. But there are plenty of costly flops too -- horses whose breeding credentials should make them standout performers, but which fail to fire when they hit the track. Black Caviar's half-sister Belle Couture sold for A$2.6 million as a yearling in 2012. She raced only four times, won once and collected a mere A$21,000 in prize money before the owners feared further injury from racing and sent her off to breed. Her first foal was born in 2015.

Tragedy has struck some horses, including Jimmy, a half-brother to Black Caviar. Within months of being sold at auction in 2013 for a record A$5 million Jimmy was bitten by a spider and died of complications from a reaction to antibiotics. Emaratee, another horse at the same 2013 auction, sold for A$4 million and died winless in 2015 from cardiac arrest.

Tragedy struck Makybe Diva's first foal, too. Named Rockstardom, the colt sold at auction for A$1.5 million in 2009, raced 12 times for two wins and A$29,000 in prize money, then died of a fractured skull in his stable in 2013. Makybe Diva's second foal, La Dolce Diva, made A$1.2 million at auction but failed to win in four starts.

Owners, being optimists and dreamers, do not think about the modest returns provided by the least successful 15,953 horses. They are focused on the top 1,006, and particularly the 86 that are potentially on their way to million-dollar status.

And what about Winx? If all goes to plan, Winx will have the rare chance in August to run in a race named after her at Randwick racecourse. The former Warwick Stakes, a Group 2 event won by the champion mare for the past two years, has been renamed the Winx Stakes, and upgraded to Group 1 status.