A fairer outlook for darker skin in India 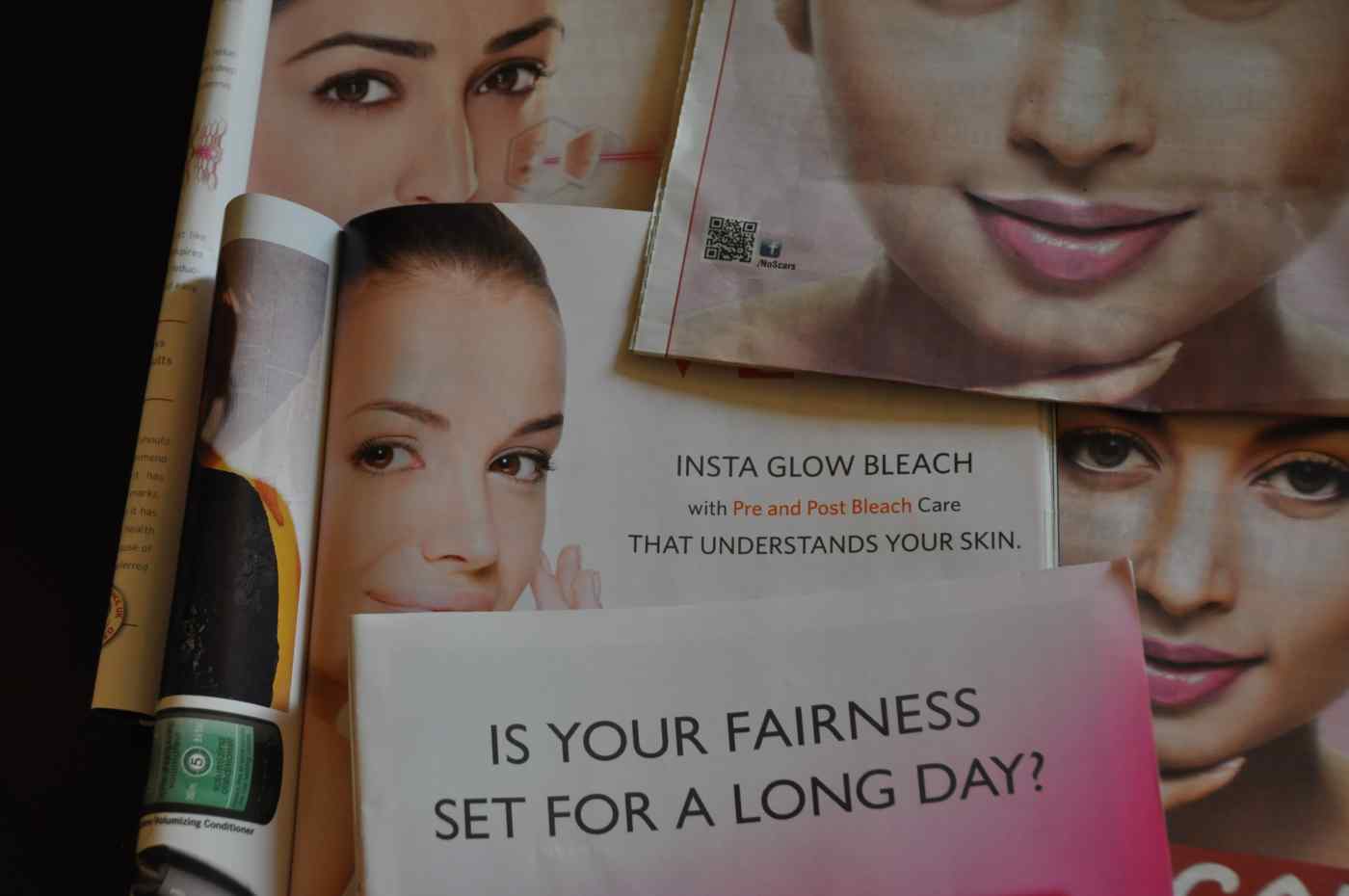 NEW DELHI -- In India, a country where multiple shades of skin color are common, 'fairness' has long been considered the epitome of beauty for many. At times dark skin is talked about in terms of something that needs to be fixed, an aberration. But now there are attempts to overturn this social ill.

One of the most popular Indian English news channels, New Delhi Television (NDTV) is running an awareness campaign termed 'Fairness Creams: Exactly like Racism.' Self-explanatory as it is, the channel's campaign discourages the use of skin lightening creams for beauty purposes and also vows not to air any advertisement of a product of this nature. An NDTV employee explained that "the channel believes fairness creams are racist."

"I have had directors, camerapersons telling me that it would be good if I made my skin lighter as I was playing an educated upper class woman!" recalled Nandita Das, a Bollywood actress and social activist protesting against skin whitening. "As a child, some distant relative would ask me not to go out in the sun in case I became darker," said Das.

Das is a familiar face at the forefront of campaigns associated with social issues like violation of human rights and violence against women. She has also been a part of a nationwide campaign, 'Dark Is Beautiful,' that was launched to draw attention towards unjust comparisons of skin color, launched by an organization called Women of Worth. The campaign aims to tackle the stigma attached to dark skin. Through a series of videos, it promotes the idea of people being comfortable in their own skin.

Voices of this nature are not confined to private news channels and social campaigns. In June 2016 in a parliament session in New Delhi, Viplove Thakur, a female member of an opposition party, demanded a ban on fairness creams saying they give women an inferiority complex. Though the debate did not result in a ban, it did stir some commotion in the house.

According to Euromonitor International, the Indian skin care industry in 2015 was worth 104 billion rupees ($1.58 billion), of which 57 billion rupees was comprised of skin lightening products. Hindustan Unilever's Fair and Lovely fairness cream is the market leader with 46% share. The brand claims to have 250 million customers across the globe, but declined to comment to the Nikkei Asian Review on whether anti-racism campaigns affected its sales.

Nidhi Aggarwal, a dermatologist in New Delhi, attends to an average of 20 patients a day. "I get a lot of patients, mostly women who are asking for skin lightening treatments. The most common complaint is 'I want to be a few shades lighter'," she said. "It is my profession to cure skin problems, but for a lot of women, their skin color is the problem."

Treatments to lighten skin tend to contain hydroquinone. "This is very harmful for the skin," said Aggarwal. "I don't usually refuse anyone treatment, but I try discouraging them from skin lightening practices by explaining the harmful long term effects." These can include dark spots, eruptions on the skin and in some cases, permanent skin darkening, which often can not be reversed. She also added that there is a need to revive the concept of natural beauty in India.

This is not just a trend limited to India. In 2014, Ghanaian actress Ama K. Abebrese launched the "Love Your Natural Skin Tone'" campaign as a response to the increasing obsession among men and women in Ghana for skin whitening. Together with other prominent television personalities, she curated a photo series in which African women posed showing their natural skin color. The Food and Drug Authority of Ghana confirmed to the Nikkei Asian Review that "selling products that contain steroids for skin lightening will result in stringent regulatory sanctions." This rule came into practice in the country in the latter half of 2016.

In August 2015, the African nation announced a ban on the sale of any cosmetic containing hydroquinone. Ivory Coast soon followed suit in spite of the popularity of these products. The U.S., Japan and some European countries have also either banned or limited their use. Some countries allow restricted sale of hydroquinone, based on the amount contained in a product and on the sales method. In India, however, the stance on the use of hydroquinone is somewhat ambiguous.

Though the Indian anti-racism campaigns have garnered some attention from flashing across television screens several times a day, the fact that they are mostly shown on English news channels means their reach is somewhat limited and that the appeal of the skin lightening products is still strong.

"These creams are very effective" said Kamala Devi, 29, who works as a household help in New Delhi. "Just before I got married, I used this cream a lot," she added proudly.

So, although a ban on advertising such products in India is not out of the question, it will take a huge shift in consumer behavior to boost the government's confidence to take steps towards banning them entirely.