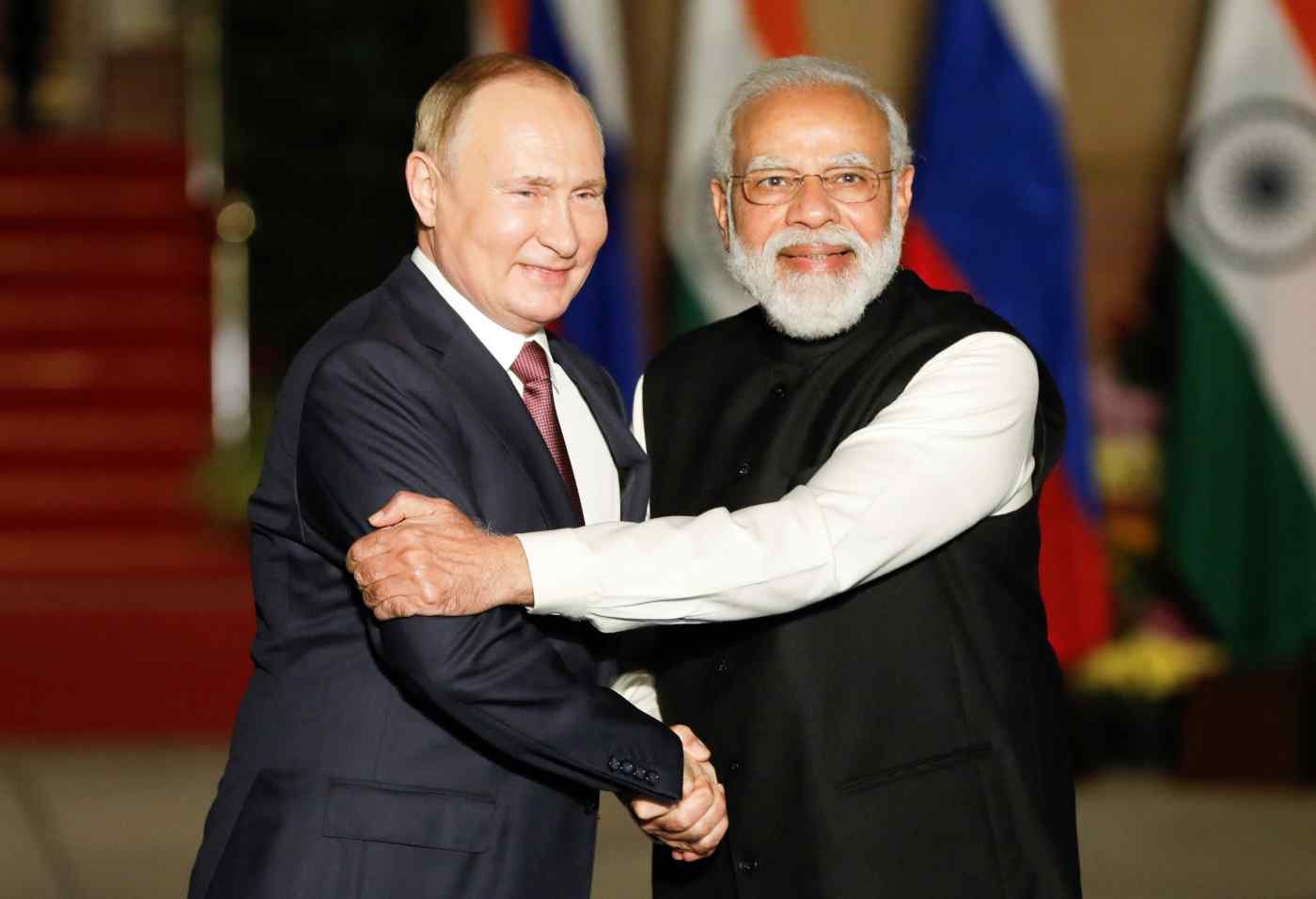 MUMBAI (Reuters) -- India is exploring ways to set up a rupee payment mechanism for trade with Russia to soften the blow on New Delhi of Western sanctions imposed on Russia after its invasion of Ukraine, government and banking sources said.

Indian officials are concerned that vital supplies of fertilizer from Russia could be disrupted as sanctions intensify, threatening India's vast farm sector.

India has called for an end to violence in Ukraine but refrained from outright condemnation of Russia, with which it has long-standing political and security ties.

Russia invaded Ukraine by land, air and sea on Thursday in the biggest attack on a European state since World War II, prompting tens of thousands of people to flee their homes.

Russian forces pressed their advance on Friday and Ukrainian President Volodymyr Zelenskyy pleaded with the international community to do more, saying sanctions announced so far were not enough.

Officials said the plan was to get Russian banks and companies to open accounts with a few state-run banks in India for trade settlement, a banking source involved in the discussions said.

"This is a proactive move assuming that the conflict escalates and there could be a slew of sanctions in place," the source said.

"In this case we would not be able to settle the transaction in dollars and so an arrangement has been proposed to set up a rupee account, which is being considered."

Funds in such accounts act as a guarantee of payment for trade exchanged between two countries, while the parties barter commodities from each other to offset the sum, the source said.

A similar arrangement, in which part of the settlement with Russia is in foreign currency and rest is through local rupee accounts, was also being explored, said the banking and the government source.

Such mechanisms are often used by countries to shield themselves from the blow of sanctions and India also used it with Iran after it came under Western sanctions for its nuclear weapons program, the source said.

The program was introduced in 2012 and worked well for several years.

The discussions on Russia were still at an early stage and formal talks had not yet begun between the two sides, an Indian government official said.

EU leaders agreed on Thursday to impose new economic sanctions on Russia, joining the United States and Britain in trying to punish Russian President Vladimir Putin and his allies for the attack.

The sanctions impede Russia's ability to do business in major currencies and target individual banks and state-owned enterprises.

The finance ministry did not immediately respond to a request seeking comment. None of the sources wanted to be identified as the discussions are private.

Russia's exports to India stood at $6.9 billion in 2021, mainly mineral oils, fertilizers and rough diamonds, while India exported $3.33 billion worth of goods to Russia in 2021, mainly pharmaceutical products, tea and coffee.

Russia and Belarus usually account for nearly a third of India's total potash imports. It would not be feasible to replace them amid a rally in fertilizer prices to a record high, a senior industry official told Reuters.