Left to race without water, Jaisha relied on thoughts of God and family

NEW DELHI -- The pressure of the Olympics is intense at the best of times. Athletes, after all, are carrying the hopes and expectations of entire nations on their shoulders. 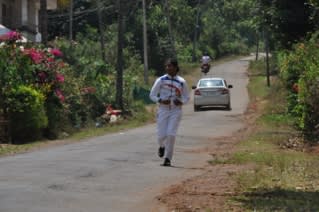 But what if, in the heat of competition, you felt abandoned by the very country you were representing? Indian runner Orchatteri Puthiya Veetil Jaisha, commonly known as O.P. Jaisha, caused a stir at the Rio de Janeiro Games last August when she said her country's officials had failed to provide her with water during the women's marathon.