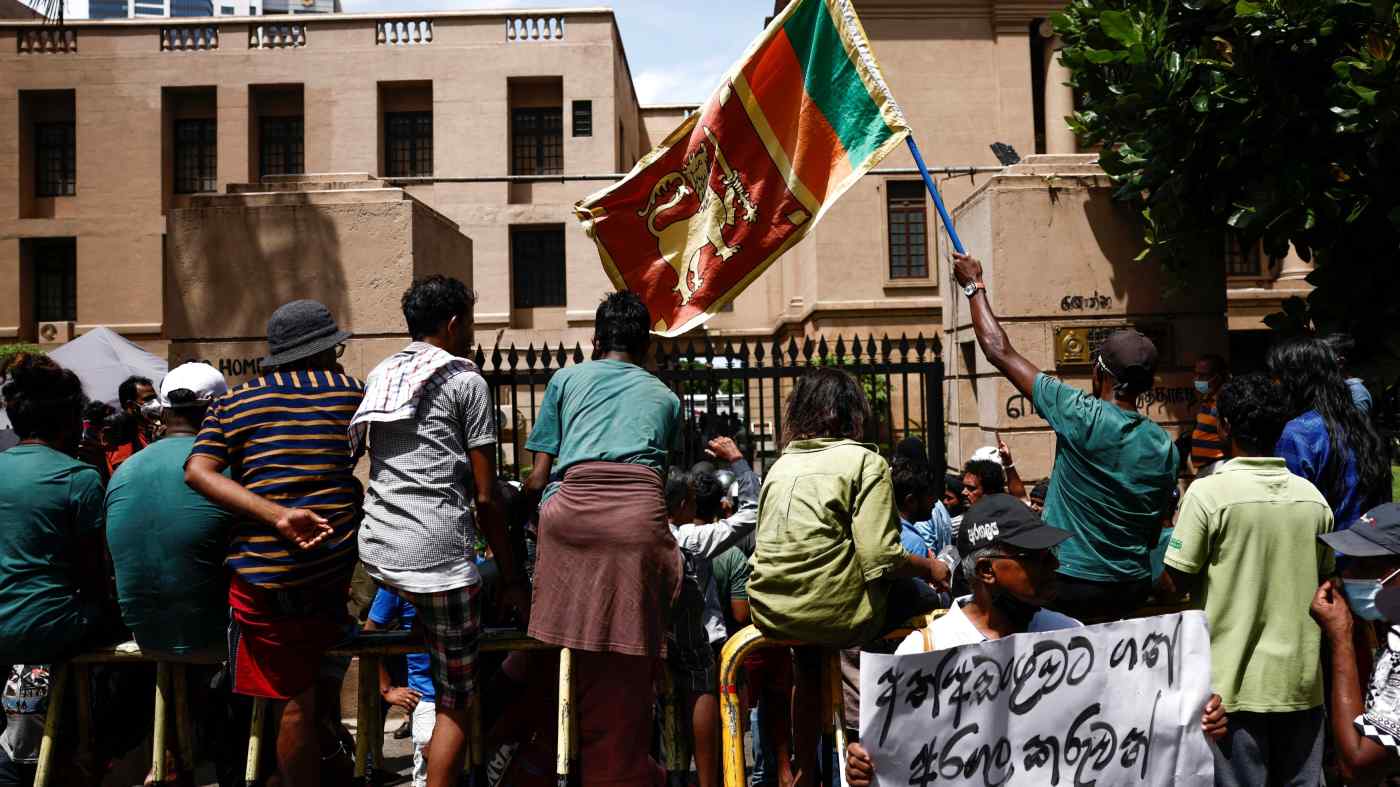 COLOMBO (Reuters) -- An International Monetary Fund (IMF) team began bailout talks in Sri Lanka on Monday, with police called to escort a top government official to the negotiations after protesters angry about the economic crisis blockaded the finance ministry.

Economic mismanagement and the COVID-19 pandemic have left Sri Lanka battling its worst financial problems in seven decades, and a lack of foreign exchange has stalled imports of essentials including fuel, food and medicines.

The island nation of 22 million people is scrambling to get fuel shipments in the next three days, the energy minister told Reuters, as public disaffection grows because of a persistent shortage of diesel and petrol.

A nine-member IMF team, which arrived in the commercial capital Colombo on Monday, held talks with Prime Minister Ranil Wickremesinghe on how to structure what will be Sri Lanka's 17th loan program with the global lender.

"The prime minister commenced discussions with the IMF team," Wickremesinghe's office said in a statement.

But public distress at the prolonged shortages is growing, and protesters blocked an entrance to the finance ministry so police had to go and fetch a top official due to attend the IMF talks.

"The protesters were not letting him leave. So the police had to go in and get him out," a government source who declined to be identified told Reuters.

Police said they had arrested 21 people for blocking the gates of the ministry, which adjoins the office of President Gotabaya Rajapaksa, outside of which protesters have staged a sit-in since early April.

Sri Lankans angered by long waits, often overnight, in queues for fuel faced off with security forces over the weekend, and troops at two petrol stations fired shots in the air to control the crowds, military spokesman Brigadier Nilantha Premaratne said.

Power and Energy Minister Kanchana Wijesekera said the country had only 12,300 tons of petrol and 40,000 tons of diesel, asking consumers not to queue for petrol for the next three days.

"The central bank has released $90 million to purchase two shipments. We are hoping a petrol shipment will arrive on Thursday and a diesel one on Friday," Wijesekera told Reuters.

Dhananath Fernando of the Advocata Institute think tank said social unrest over the shortages was "highly likely," even as Sri Lanka's attempts to reach a preliminary agreement by the end of the delegation's visit on June 30, with any serious relief funds still months away.

"Even if a staff-level agreement is reached, final program approval will be contingent upon assurances that official creditors, including China, are willing to provide adequate debt relief," said Patrick Curran, senior economist at U.S. investment research firm Tellimer.

"All considered, the restructuring is likely to be a protracted process."

Bondholders expect the IMF visit to give clarity on how much debt Sri Lanka can repay and what reduction in asset value investors may face.

"This IMF visit is very important -- the country will need every help and support it can get," said Lutz Roehmeyer, portfolio manager at Berlin-based bondholder Capitulum Asset Management. "For many international bondholders, this will be a key requirement to ensure they come to the table and talk about a debt restructuring in the first place."

Representatives from Sri Lanka's financial and legal advisers, Lazard and Clifford Chance, are also in Colombo.