PM hopes debt restructuring framework can be 'completed in July' 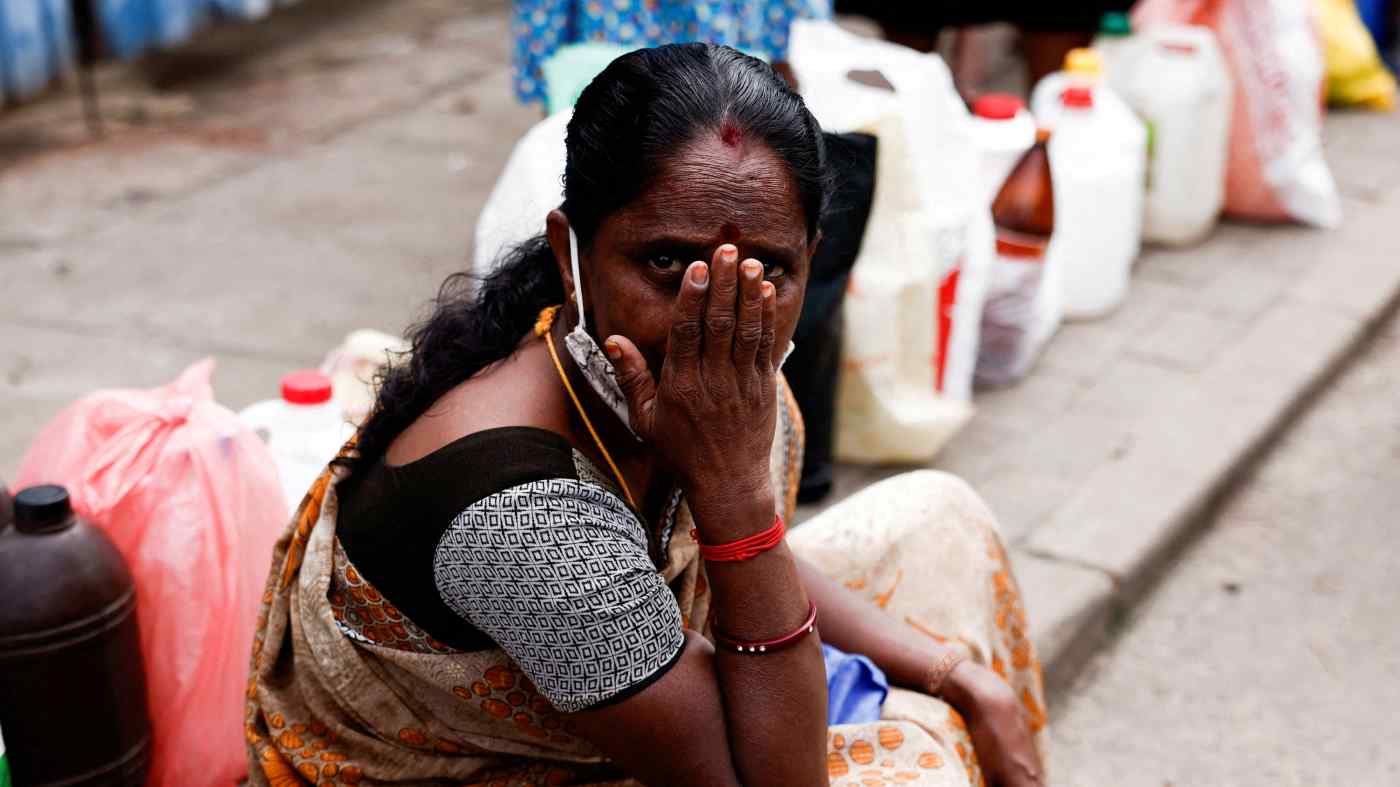 COLOMBO (Reuters) -- Sri Lanka will call China, India and Japan to a donor conference to drum up more foreign assistance and present an interim budget in August, the prime minister said on Wednesday, amid ongoing negotiations with the International Monetary Fund (IMF).

The island nation of 22 million people is struggling with its worst economic crisis in seven decades, unable to import essentials including food, fuel and medicines because of a severe shortage of foreign exchange.

An interim budget will be presented in August, seeking to put public finances on a more sustainable path and increase funds to the poor who have been hardest hit, Prime Minister Ranil Wickremesinghe told parliament.

"The interim budget will set the path forward. This, together with an IMF program and debt sustainability, will lay the foundation for Sri Lanka to return to economic stability," he said.

In late May, Wickremesinghe had told Reuters he would present an interim budget within six weeks, cutting government spending down "to the bone."

The dearth of basic necessities and spiraling inflation has stroked public unrest, pushing Wickremesinghe's government to redouble efforts to bring in assistance from the likes of the IMF and friendly countries.

"We need the support of India, Japan and China who have been historic allies. We plan to convene a donor conference with the involvement of these countries to find solutions for Sri Lanka's crisis," Wickremesinghe told parliament.

"We will also seek help from the U.S.," he said, adding that his administration will use $70 million from the World Bank for buying cooking gas, which has been in short supply, setting off sporadic protests.

A high-level delegation from India will arrive on Thursday for talks on additional support from New Delhi, and a team from the U.S. Treasury will visit next week, Wickremesinghe said.

India has so far provided around $4 billion worth of assistance, the prime minister said, including a $400 million swap and credit lines totaling $1.5 billion.

China, which has traditionally jostled with New Delhi for influence over the Indian Ocean island, is considering an appeal from Sri Lanka to renegotiate the terms of a yuan-denominated swap worth $1.5 billion to fund essential imports.

The government also delayed publication of its first quarter GDP data, due on Wednesday, because its census and statistics department did not receive all required inputs on time, an official said.

"We are working to get the growth numbers out as soon as possible but it will probably take a few days due to delays and staff shortages," said Anura Kumara, director general of the Census and Statistics Department.

Negotiations with an IMF team, which arrived in Sri Lanka's commercial capital Colombo this week, have made progress, with a staff-level agreement with the lender likely by the end of the month, Wickremesinghe said.

"We have discussed multiple points including fiscal policy, debt restructuring and direct cash transfers," he said.

"Parallel to this we have also started talks on a debt restructuring framework, which we hope will be completed in July."

Sri Lanka, which suspended payment on $12 billion of foreign debt in April, is seeking around $3 billion from the IMF to put its public finances on track and access bridge financing.

Wickremesinghe said that once an agreement with the IMF was reached, his government would focus on a plan to increase Sri Lanka's exports and stabilize the economy.

"It is no easy task to revive a country with a completely collapsed economy," he said, calling for opposition support for his economic recovery plan.