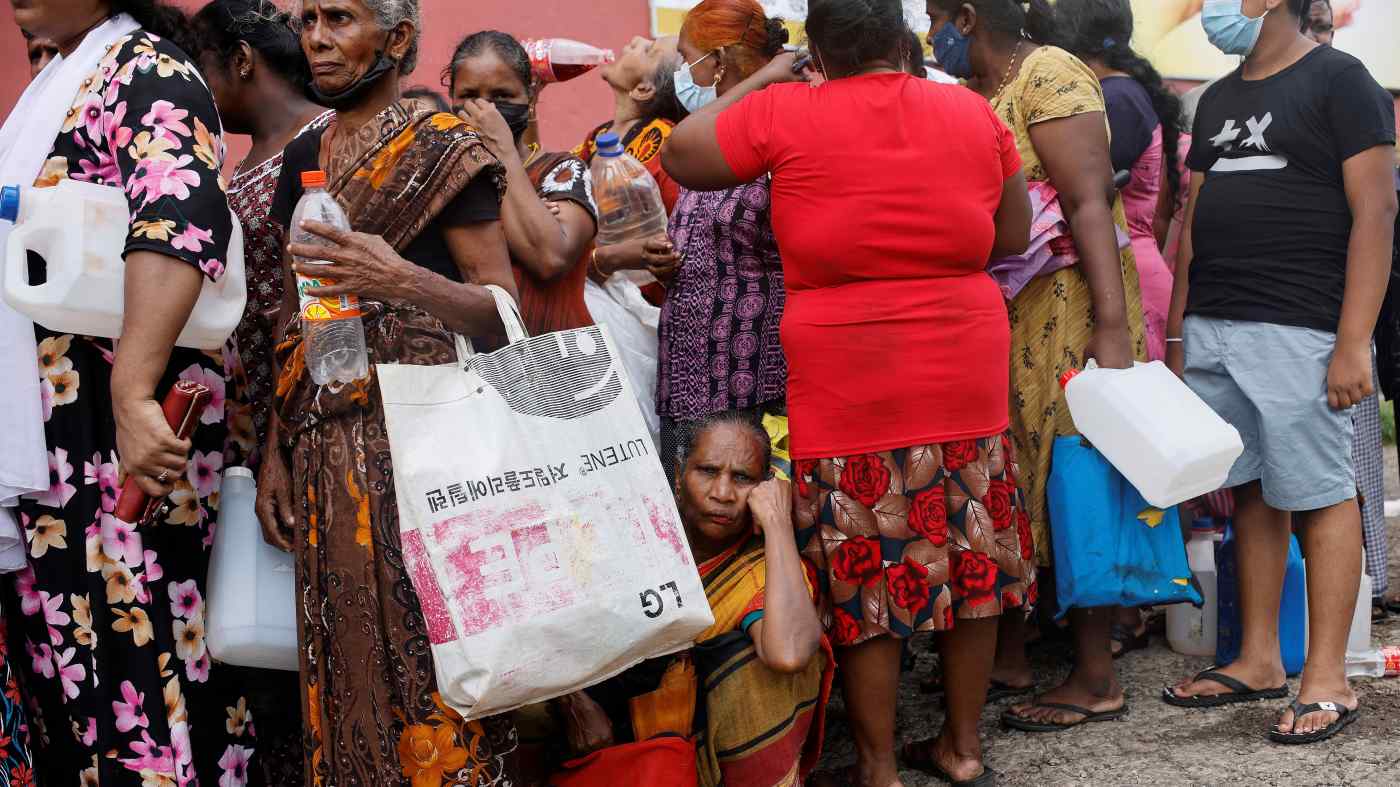 Sri Lankans wait to buy kerosene in Colombo on May 18. The country's central banker says some funds have been secured to enable ships to replenish supplies.   © Reuters
MUNZA MUSHTAQ, Contributing writerMay 19, 2022 15:28 JSTUpdated on May 19, 2022 20:17 JST | Sri Lanka
CopyCopied

COLOMBO -- Sri Lanka's central bank governor on Thursday confirmed the country had defaulted on foreign bonds and warned inflation could soar to 40%, but struck an optimistic note that a modicum of political stability was returning.

Addressing the expiration of a grace period on a pair of bonds worth $78 million the previous day, Gov. Nandalal Weerasinghe told reporters that the country's first default was not a "hard" one, since it had been telegraphed a month in advance.