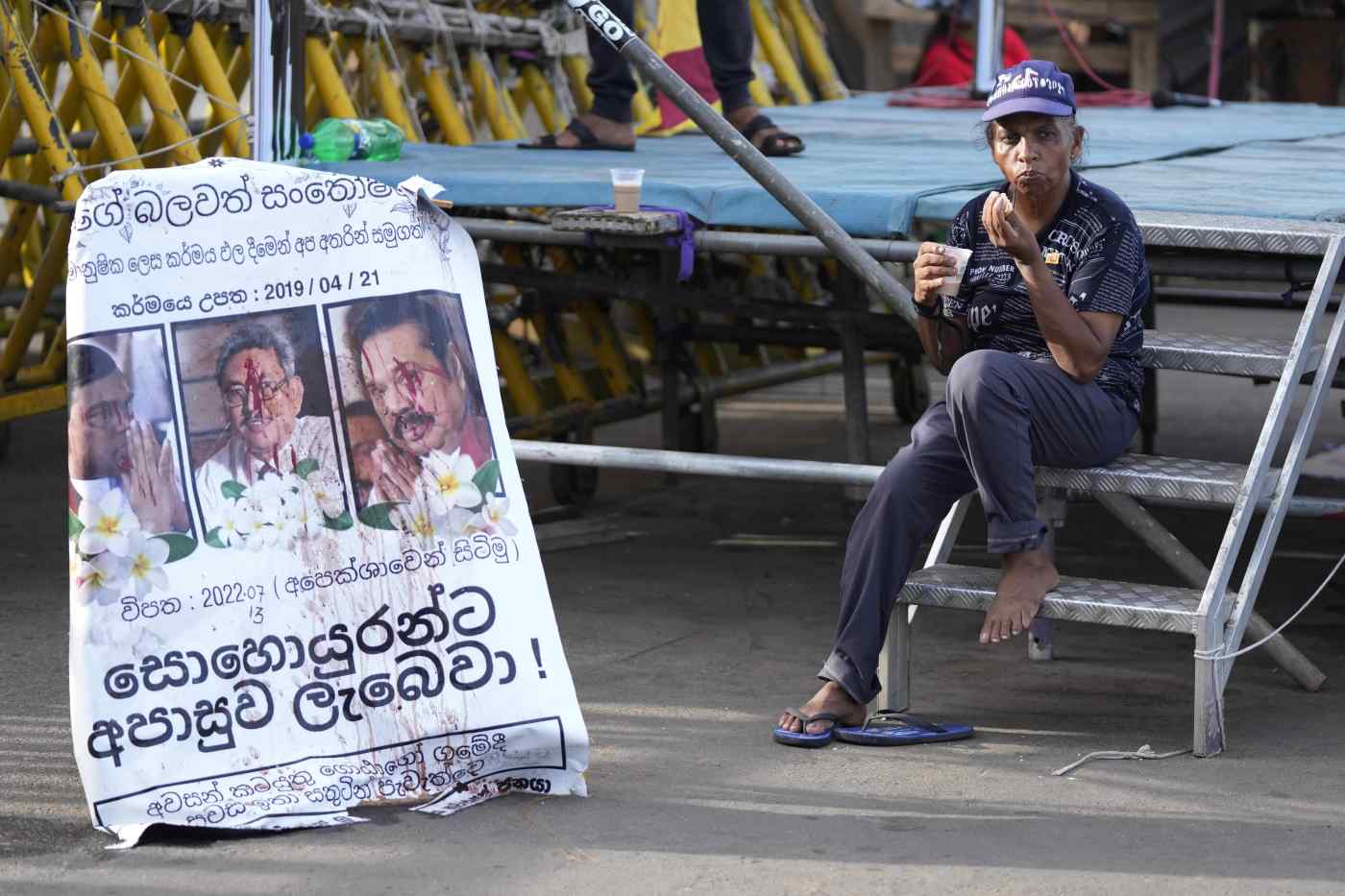 "From this point, we will move to constitutionally appoint a new president," the speaker, Mahinda Yapa Abeywardena, told reporters. "It will happen quickly and successfully. I request everyone to support this process."

Rajapaksa landed in Singapore on Thursday, having fled to the Maldives early on Wednesday on a military jet along with his wife and two security guards.

Abeywardena said that he hoped to complete the process of selecting a new president in seven days and that parliament will reconvene on Saturday. The agenda for the weekend meeting will be decided on Friday.

The news of Rajapaksa's resignation, first sent by an email to the speaker before a hard copy was delivered to the speaker, triggered jubilation in Sri Lanka's main city, Colombo, where protesters massed outside the presidential secretariat.

A curfew imposed in the area on Thursday was lifted early on Friday, police spokesman Nalin Thalduwa said.

Street protests against Sri Lanka's economic crisis have simmered for months and came to a head last weekend when hundreds of thousands of people took over government buildings in Colombo, blaming the Rajapaksa family and allies for runaway inflation, shortages of basic goods and corruption.

Sri Lanka had begun preliminary discussions with the International Monetary Fund about a potential bailout loan, but these have been interrupted by the latest government chaos.

IMF spokesman Gerry Rice told reporters on Thursday that fund staffers were still in contact with technical-level government officials but hoped to resume high-level dialogue "as soon as possible."