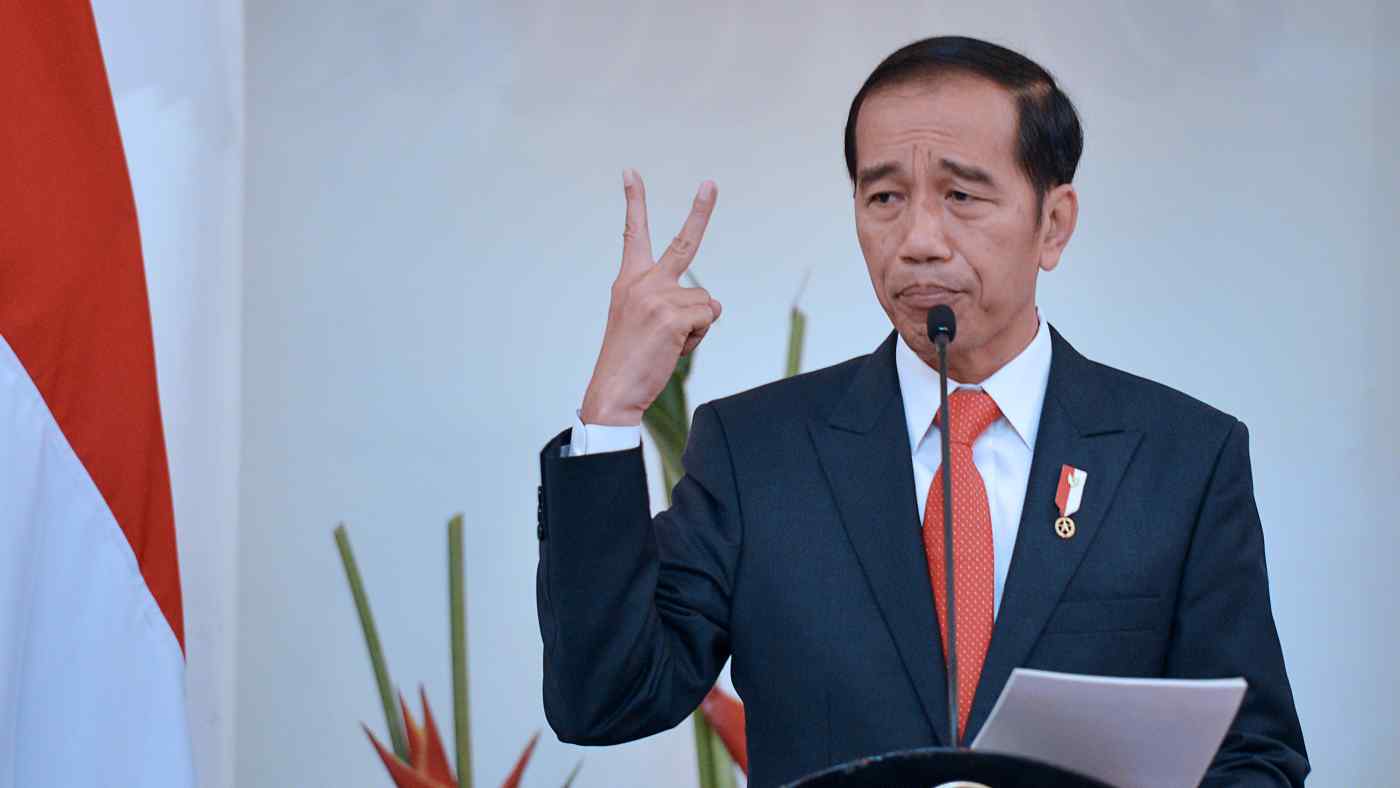 JAKARTA -- Joko Widodo, Indonesia's president, on Thursday officially announced that he will seek a second term, and picked an Islamic scholar as his running mate as he looks to continue leading the world's biggest Muslim-majority country.

Jokowi, as Widodo is popularly known, said he made the decision to run again after listening to input from leaders of political parties in his coalition, as well as ulemas, or Muslim scholars. "This decision is a big responsibility, closely related to the aspiration to continue Indonesia's big dream of advancing in continuing development and justice in all corners" of the country, Widodo said.

The selection of Ma'ruf Amin, leader of the Indonesian Ulema Council, the country's top Muslim clerical body, signals that Widodo is intent on picking up the key Muslim vote in April's election. The pick will give the president a shield against opposition accusations that he is anti-Islam.

Amin, 75, oversaw the Ulema Council's decision to issue a fatwa, or religious decree, denouncing Purnama for tarnishing the Quran.

"I think we complement each other -- nationalist-religious," Jokowi said of Amin. "[He] is a whole figure. A wise religious person, but [he] also has had several legislative positions -- in the [Jakarta] provincial council, at the House of Representatives and the People's Consultative Assembly."

The appointment is also a product of party politics. Some leaders in the governing coalition aim to run in the 2024 presidential election and a young vice presidential candidate would be a strong opponent in that race. Party leaders know that at 75 years old, Amin is unlikely to run in a future election.

Uno was a prominent businessman before deciding to enter politics. As a co-founder of the investment company Saratoga Investama Sedaya, he is one of the richest people in Indonesia, and is best known for serving as deputy head of the Indonesian Chamber of Commerce and Industry. Uno's name was cited in the leaked Panama Papers, but he denied any wrongdoing.

He joined Subianto’s Gerindra party in 2015, originally aiming for the Jakarta governor seat before ceding the nomination to former education minister Anies Baswedan and running as his deputy instead.

Both the Jokowi and Subianto camps will submit their registrations for the presidential race to the General Elections Commission headquarters in Jakarta on Friday. The commission will take until late August to examine the candidates’ credentials, after which political campaigning will go into full swing until next April.