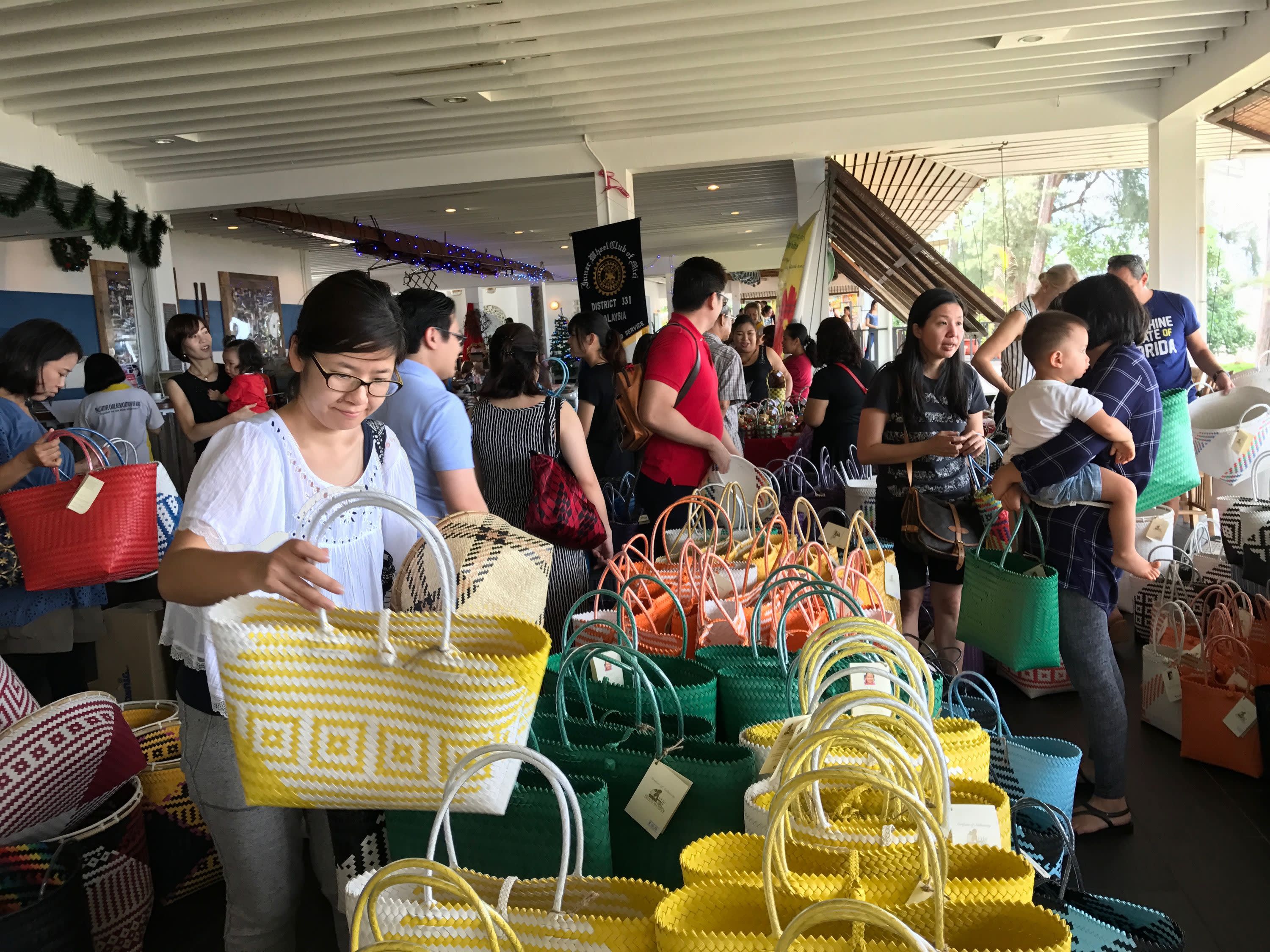 KUALA LUMPUR -- Bags woven from plastic packing straps might not be the most obvious big-city fashion must-have.

Yet thousands of such satchels have been snapped up in Kuala Lumpur and beyond, beguiling urban Malaysian women with their vibrant contemporary colors and sleek designs. 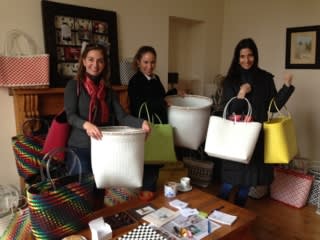 Former volunteers have extended the sales network for the Penan bags to the Netherlands. (Courtesy of Isabelle Stevens)

The bags, handwoven by indigenous Penan women from the state of Sarawak, were adapted from traditional farm baskets with the help of several women's groups in the Malaysian state in western Borneo and neighboring Brunei.

The runaway success of these handicrafts has helped to improve the lives of many Penan weavers, who often come from impoverished, remote villages. The Penan ethnic group lives in the interior of Sarawak and are known to be skilled weavers of rattan.

Freda King, 38, has been weaving bags from plastic straps for the past five years. Making around 50 a month, she said this was now her most regular source of income, supplementing the irregular wages she receives from odd jobs.

"I use the earnings for our daily expenses, and the children's schooling needs," she said. With her four children, aged 12 to 19, still in school, the opportunity to work at home had been a great help.

Freda was taught to weave as a child by her mother and made items for domestic use such as baskets, mats and bags from rattan, a species of climbing palm. Her work was never really good, she said, but her skills improved after she moved from her village, accessed via a six-hour bumpy drive along a logging road, to the small town of Limbang, where her children attend school.

There, she met the women of the Helping Hands Penan volunteer group, who helped her to design items with wider market appeal. They buy the bags that she makes and then distribute them. Hundreds of Freda's bags have now been sold, with some traveling much farther than she ever has.

The Helping Hands Penan group, comprising expatriate and local women living in Brunei, was one of the first groups to work with Penan weavers like Freda.

Violette Tan, the group's coordinator, said they first began helping weavers sell their rattan items more than 10 years ago, after the women traveled from their village to Limbang, just over the border from Brunei, for medical treatment. 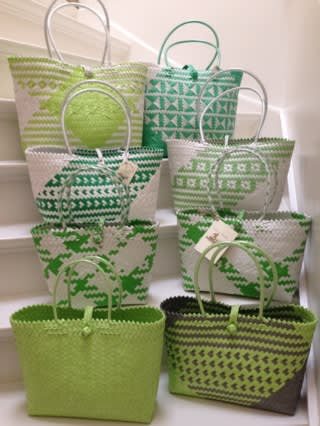 Women’s groups worked with the Penan weavers on colors and designs that would appeal to urban consumers. (Courtesy of Penan Women Project)

The women's group had hoped to raise funds for the weavers through the sale of their rattan crafts. But they found that these did not have much appeal in the urban market, and the natural fibers were also increasingly difficult to find.

In 2011, Helping Hands Penan introduced the weavers to the plastic packing straps sold in hardware shops and used to tie up boxes for transportation as an alternative material and worked with the weavers on adapting their products.

They suggested that the weavers use fewer colors in more subtle hues or solid shades in place of the original riot of primary colors and make the bags slimmer for easier use in the city.

At the time, the weavers had already modified their large farm baskets to create smaller shopping baskets. Following the suggestion of the women's group, the bulky shopping baskets were refined further, with a narrower base and longer handles, to turn them into shoulder bags that were modern but still carried a reminder of the Penan heritage in the weaving patterns.

It took more than four years to get the standard of the bags up to the sleek products that are now flying off the shelves, said Shida Mojet, a member of Helping Hands Penan who now lives in the Netherlands.

Initially sold just through private house sales among expatriate women, the bags are now widely available in malls and pop-up bazaars around Malaysia. In the bigger sales, it is not uncommon to see hundreds bought within a few hours, with individuals purchasing half a dozen bags in one go. Prices vary somewhat in different markets, but in Malaysian bazaars generally range from about 30 ringgit ($6.99) for the smallest bags to 80 ringgit for bigger ones. The bags have also gone abroad with expatriate volunteers. French teacher Isabelle Stevens, who also moved to the Netherlands, began selling the bags there. Stevens has found such a good response that she is trying to register a business to enable bigger imports.

"Here in Holland, they are crazy about the white bags, and the mono-colored ones," she said.

With multiple informal sales channels, it is not clear how many bags have been sold overall but Helping Hands Penan estimates that more than 10,000 were sold in the last year alone. The venture is now more than five years old.

As demand grows, the number of weavers has also multiplied along with the number of women's groups selling the bags. From a handful of weavers in five or six villages at the start, there are now at least 200 women in many more villages.

Tan of Helping Hands Penan, which uses bag sale proceeds similarly, said, "Just from the bags, we have bought solar lights for six villages and provide financial assistance every month to 60 students from kindergarten to tertiary level."

She said weavers had gained self-confidence as they contribute to household income, sometimes even becoming the main bread-winner of their family. To encourage them to be self-reliant, they are asked to set aside part of their income to reinvest in material for weaving.

Some weavers have begun to take baby steps into entrepreneurship by starting small businesses to reach the market on their own. Said Helping Hands' Mojet, who is assisting a few weavers in these efforts, "They need to feel proud of themselves and do something to break the cycle of poverty."