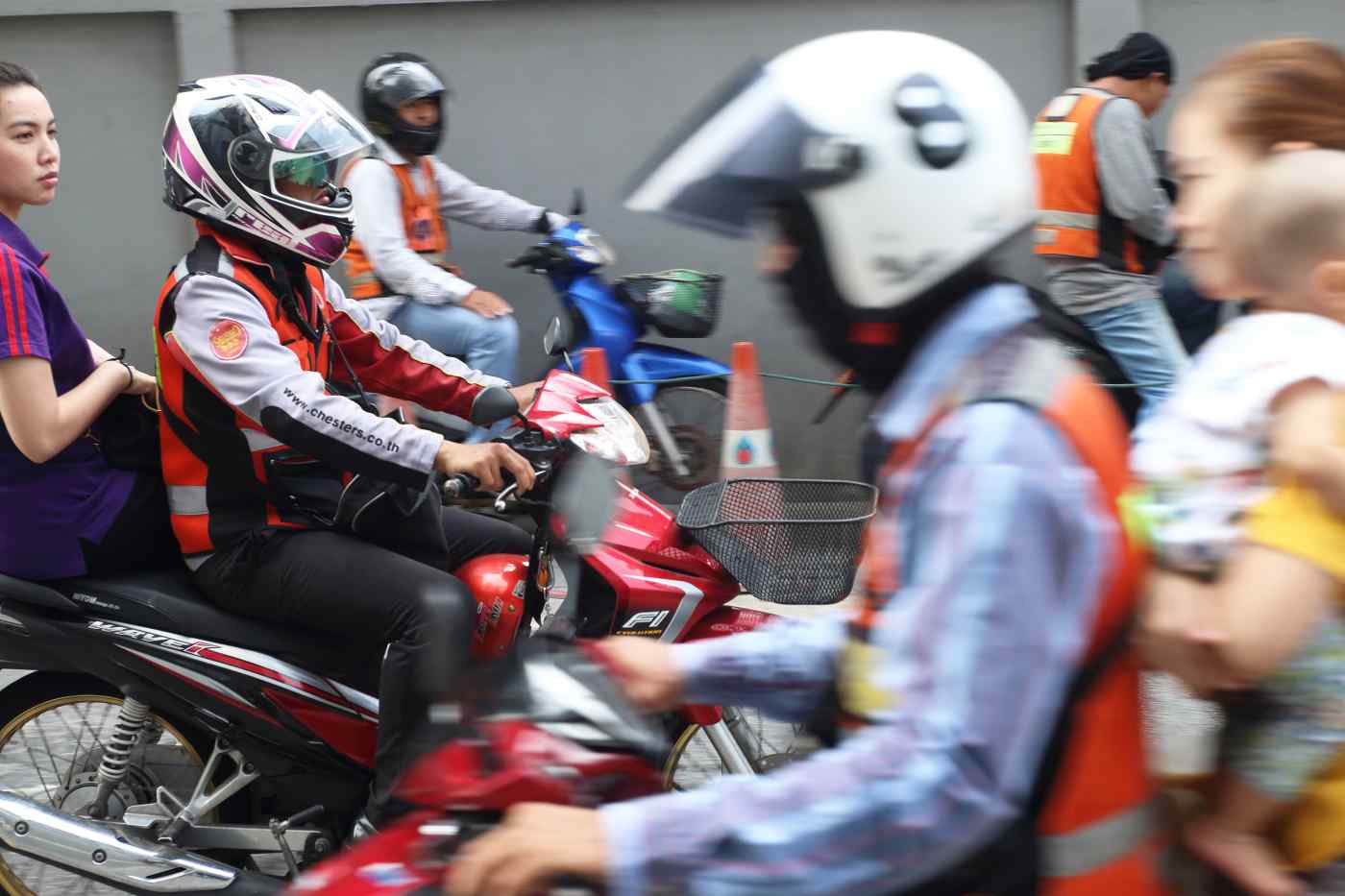 BANGKOK -- Thailand's capital is well-known for its grid-locked roads. During Bangkok's intense rush hour, only the city's army of motorcycle taxi drivers keep things moving. Women, deprived of other economic opportunities and attracted by the freedom the job offers, are pushing into this traditionally male bastion of the national workforce. 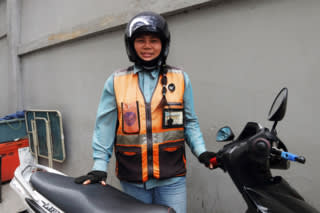 Nine hours a day, Kamokwan Sangngian, 40, transports commuters from On Nut Skytrain station, a few stops east of downtown Bangkok, to their destinations. She weaves her 150cc motorbike through narrow sois (alleys) and along traffic-clogged roads to get her customers home as quickly as possible. "I had a friend who was working at this queue, which happens to be near my house. So I asked her to get me an interview with the group leader."