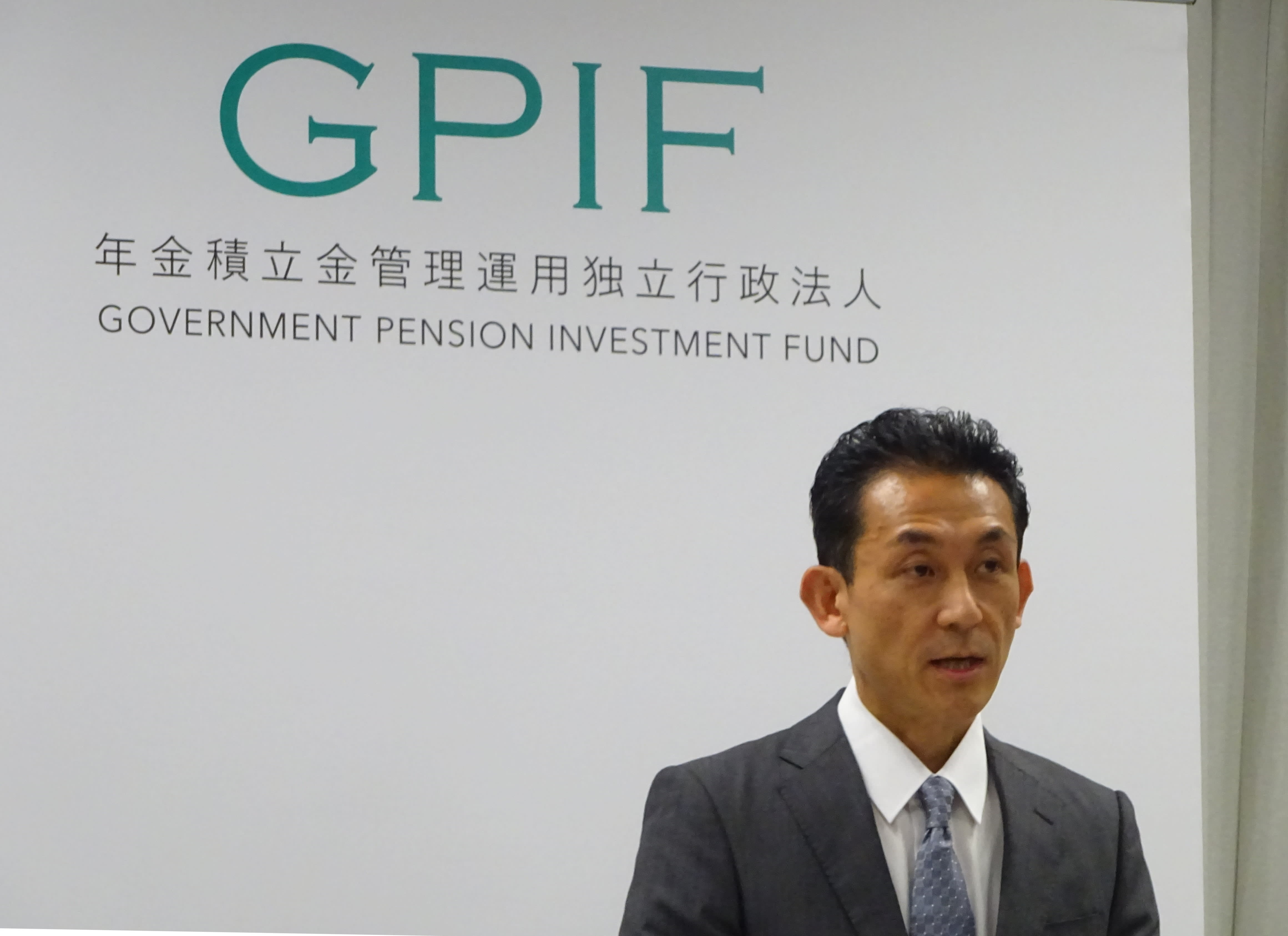 TOKYO -- Japan's Government Pension Investment Fund, the world's largest pension fund, added large batches of Facebook and Amazon shares to its massive portfolio in the year ended in March, according to data released on Friday.

This is only the second time the GPIF, which manages 132 trillion yen ($1.16 trillion), has disclosed its stock list. This past July, the world's largest pension fund revealed its holdings as of March 2015. The number of Facebook shares rose 31.4% in the ensuing 12 months, while the Amazon shares increased 19.3%.

For much of the year, the global stock market was hampered by China's economic problems and uncertainty over U.S. monetary policy. Friday's disclosure shows the Japanese fund increased its holdings in promising IT companies amid the tough conditions. A giant "like" icon is seen at the Facebook's headquarters in Menlo Park, California.

Overall, the GPIF owned stakes in 2,591 foreign companies at the end of March. Apple remained atop the list in terms of value, with the fund holding 520 billion yen worth of its shares. The GPIF also added to its Apple holdings, which increased at a slower pace of 5.3%.

The fund's Facebook shares were worth 234 billion yen, while the value of its Amazon holdings came to 223 billion yen. Those tallies were good enough for sixth and eighth place on the value list, respectively -- up from 19th and 30th the previous year.

The GPIF invests in stocks indirectly through other organizations. It explained that some 80% of its stock portfolio is for passive investment, typically index investing. Big companies, therefore, tend to dominate the list.

As for Asian stocks, Samsung Electronics ranked 33rd, with shareholdings worth 124 billion yen. That would put the GPIF's stake in the South Korean conglomerate at about 0.6%.

Among Japanese companies, Toyota Motor led the way, with the fund holding 1.14 trillion yen worth of its shares.

Also on Friday, the GPIF posted a 2.37 trillion yen profit for the July-September quarter, marking its first quarterly profit since the October-December term of 2015. The return for the latest quarter was 1.84%.

Shinichiro Mori, a spokesman for the fund, told reporters that Japanese stocks performed well for the quarter, with a return of 7.14%. This boosted the fund's overall performance.

As of the end of September, foreign stocks accounted for 21% of the portfolio. Japanese stocks made up 21.59%, domestic bonds amounted to 36.15% and overseas bonds accounted for 12.51%.