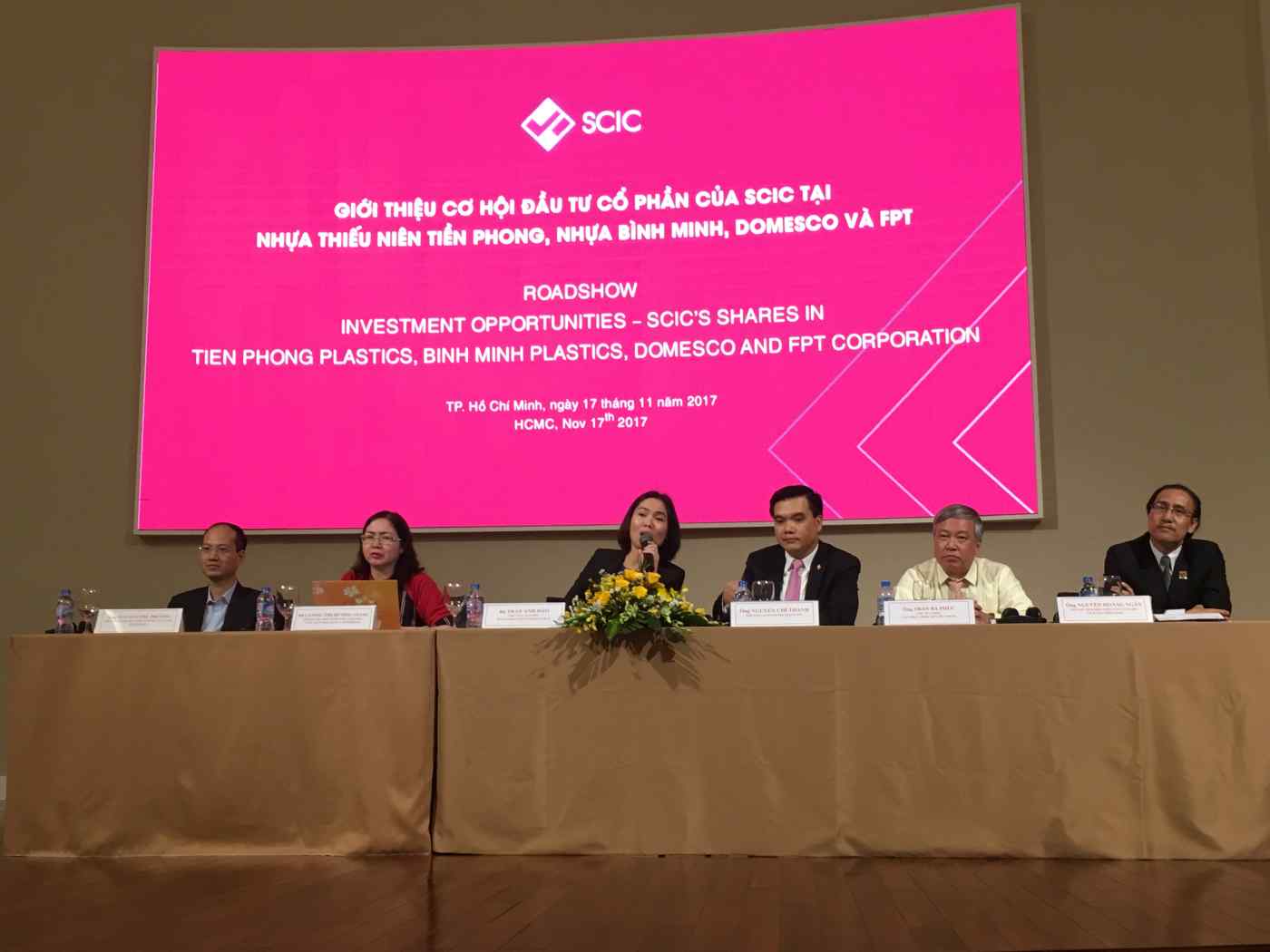 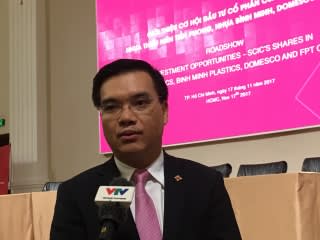 The five companies are all leaders in their sectors, and have achieved double digit revenue and profit growth in the past few years, according to Nguyen Chi Thanh, SCIC's deputy managing director.

The shares on offer are estimated to be worth 10 trillion dong ($440 million) at current market prices.

SCIC is a sovereign government fund which manages the majority of the shares in Vietnam's state-owned listed companies. This was the first year it divested shares with a clear timetable in an effort to improve transparency. It has also run roadshows to promote understanding of bidding procedures. Progress has, however, been much slower than hoped for, and managers of SOEs have been threatened by the authorities with sanctions if they miss deadlines.

SCIC listed more than 90 companies for partial or total divestment in 2017. According to a report from Saigon Securities Research (SSR), the local consulting company for divestments, shares in only 20 enterprises had been sold by October. There were problems with a couple of dozen small SOEs that put off market interest, according to Pham Hung, an analyst at SSR.

The weak performance has put pressure on the final quarter of this year, and much of the 2017 programme will be carried over into the next two years. The holdover companies include Vietnam infrastructure Investment & Development, Hagiang Mineral Mechanics, Vietnam National Reinsurance Corp., Sa Giang Import-Export, and Bao Minh Insurance.

Despite missing its divestment targets, it has been an important year for SCIC, which has realized 20 trillion dong, including 9 trillion dong for 3.3% of Vinamilk in November. In 2016, SCIC made divestments from 73 SOEs, earning 16 trillion dong.

SCIC expects the December auctions to benefit from the rise in the stock market, Vietnam's successful hosting of APEC this month, and the Vinamilk divestment.

Nguyen Duc Chi, the chairman of SCIC told the Nikkei Asian Review that the company has to "carefully decide" how and when to sell shares in order not to disturb the market unduly. He said any further divestments will be signalled by the prime minister and his cabinet.