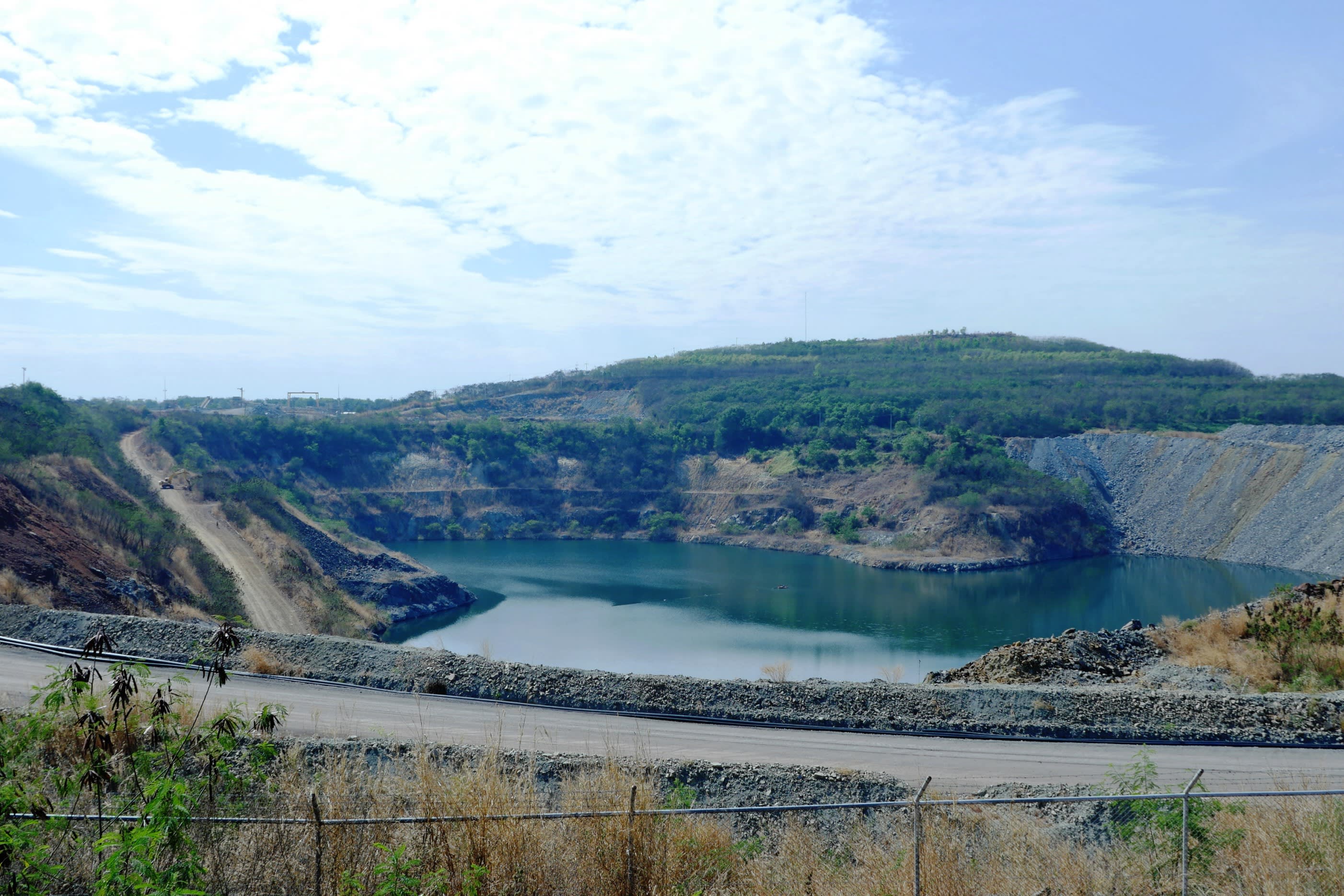 The Chatree gold mine in the northern Thai province of Phichit was closed in January after a government order. (Photo by Hiroshi Kotani)
HIROSHI KOTANI, Nikkei staff writerDecember 10, 2017 08:30 JST | Thailand
CopyCopied

BANGKOK -- Relations between an Australian mining company and the Thai government are embroiled in a legal battle over the closure of a gold mine in Thailand, a case that foreign companies with investments in the country are watching closely. 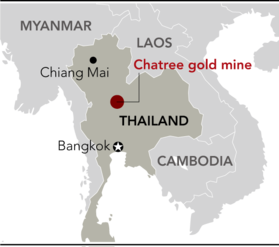 Kingsgate Consolidated ceased operations on Jan. 1 at the Chatree gold mine in the northern Thai province of Phichit a few weeks after an order to do so by the military government in December last year.

But the Sydney-based company said in a statement that it began international arbitration procedures last month to demand compensation, claiming the order was baseless.

Kingsgate, listed on the Australian Securities Exchange, "will commence arbitration proceedings against the Kingdom of Thailand under the Australia-Thailand Free Trade Agreement," Ross Smyth-Kirk, executive chairman of the company, said in a statement on Nov. 2.

Kingsgate said it will seek a settlement through arbitration procedures "in order to recover the substantial losses that it has suffered, and continue to suffer, as a result of the measures taken by the Thai government."

The outlook for the legal battle is uncertain. While Thai media reports have said the Thai government may have to pay 30 billion baht ($918 million) in compensation, Kingsgate has yet to announce the amount of compensation it is seeking.

The company had operated the mine since 2001 under Akara Resources, a Thai subsidiary that is wholly owned by Kingsgate.

Chatree has been an important source of revenue for Kingsgate, producing some 50,000 ounces, or 1.5 tons, of gold in the last quarter of 2016 before its closure.

The Thai government's decision to close Chatree followed complaints about environmental and health hazards by people living near the mine and nongovernmental organizations. But Kingsgate has disputed that claim.

"Chatree was closed down arbitrarily based on totally false complaints," the company said in a statement.

Residents in the area are split over whether the mine should be allowed to operate.

The dispute has become complicated because the government -- the National Council for Peace and Order, as the junta is officially known -- issued an order for its closure under Section 44 of the Interim Constitution that empowers Prime Minister Prayut Chan-ocha, the head of the council, to issue any order without legal and other procedures. All orders issued under the section are deemed lawful. A gate at the Chatree gold mine, which had been operated by Akara Resources, a Thai subsidiary owned by Kingsgate. (Photo by Hiroshi Kotani)

The move to close Chatree was praised by residents opposing the mine. But Kingsgate and residents in favor of the mine being allowed to operate view the decision as an abuse of power. Kingsgate said it has failed to reach an agreement with the government on its demand for compensation through negotiations held after the mine's closure.

Kingsgate has also launched court proceedings against insurance companies under a political-risk insurance claim of up to $200 million, because the insurers maintain that the closure of operations at Chatree is not covered by the policy.

In his address to Kingsgate's general shareholders meeting on Nov. 23, Smyth-Kirk showed a confident stance on the legal battle with the Thai government.

"The commencement of proceedings was a tactical step taken by your company with a view to elevating the claim to the political level in Thailand, where we expect a satisfactory resolution could ultimately be achieved," he told shareholders.

The Thai military government has been taking a hard line to address the country's problems -- including security enforcement and the easing of regulations -- because it allows the junta to control bureaucratic organizations, companies and others without legal and administrative restraints.

Orders under section 44 have also been used for personnel transfers at the central government and economic management. For example, the governor and entire board of the State Railway of Thailand were replaced in February. The junta also eased regulations in June to facilitate the issuance of business licenses to Chinese engineers in a bid to accelerate a Sino-Thai high-speed railway project, a main feature of economic cooperation between the two countries.

The order issued to Akara Resources was unusual, as it dealt a direct blow to a private company.

Although Thailand's new constitution took effect in April, the National Council for Peace and Order has retained Section 44 of the Interim Constitution.

The new constitution stipulates that the council will remain in office until new cabinet ministers are appointed following a general election. Until then, Prayut, as head of the council, will continue to have the powers as provided in the interim constitution.