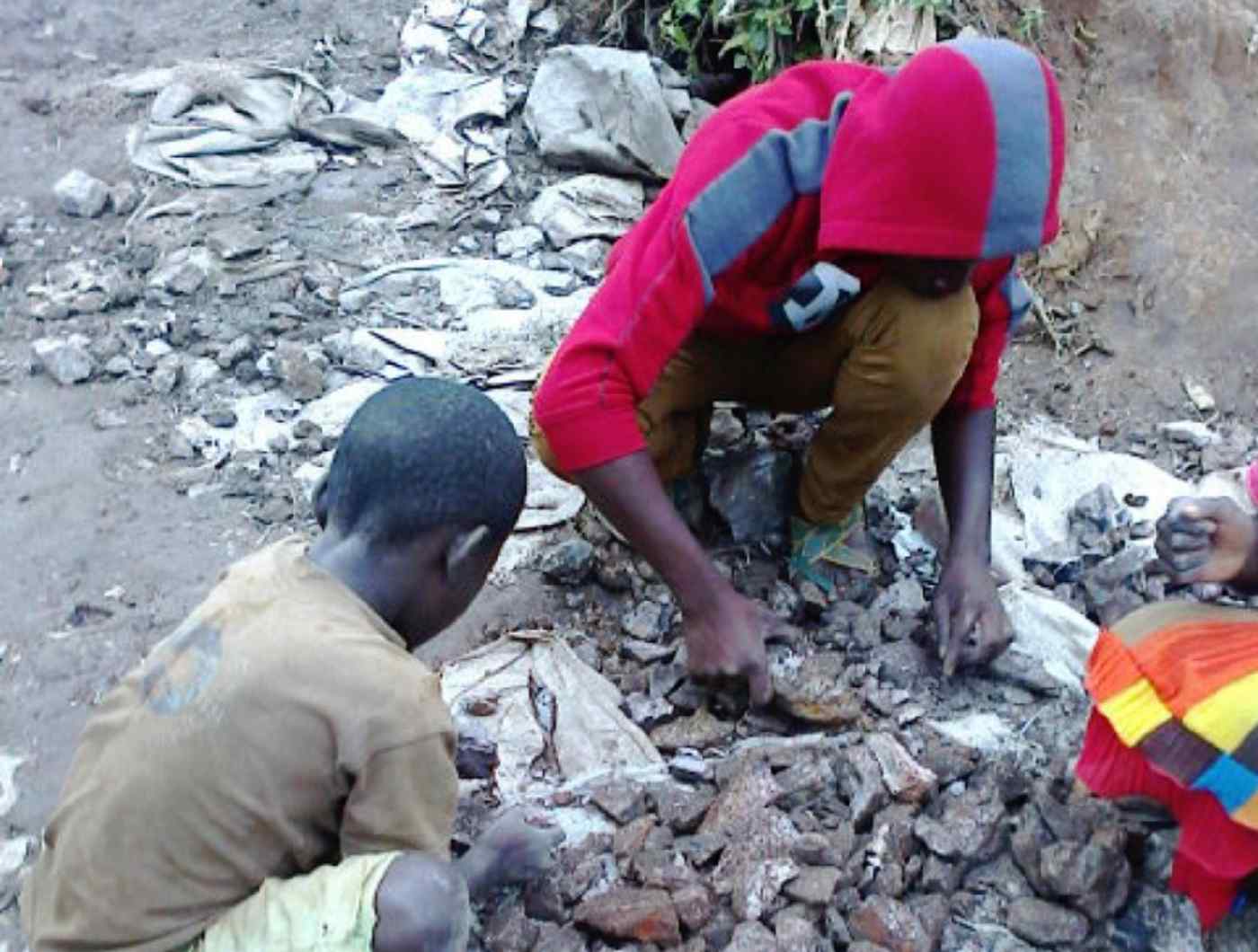 TOKYO -- Users of portable electronic devices may know that cobalt is used in the batteries of these products. However, they might not be aware that children are sometimes involved in the production work at the mines of this rare metal.

Electronics makers that offer transparency in their supply chains could offer ethical alternatives.

From the ground up

The Democratic Republic of Congo, which accounts for roughly 50% of the world's cobalt supply, is known to use child labor in its industries. In mining operations, many children are likely involved in the collecting and sorting of metals and stones.

Amnesty International released a report in January that said cobalt mined by children may be used as a raw material of the components of smartphones produced by some of the world's largest makers, including Apple, Sony and Samsung Electronics.

Swiss mining and commodities giant Glencore and other major resource companies have expanded their business in Congo, and they are mining cobalt in the country.

In addition, many artisanal miners are digging for the metal using chisels and then hand-picking and sorting the ore. According to the report, this is where children are working in the mining of cobalt. The outside and inside of a Fairphone (Courtesy of Fairphone)

UNICEF estimates about 40,000 children are involved in artisanal mining.

Collected rocks are sold to brokers and then supplied to companies, including Congo Dongfang Mining International, a wholly owned subsidiary of Chinese smelter Zhejiang Huayou Cobalt.

Into the supply chain

Using publicly available information, Amnesty researchers found that cobalt produced though mining operations in which children are involved are, in the end, likely supplied to the world's leading smartphone makers via battery-component makers and battery makers.

Most of the companies named in the report and contacted by Amnesty International were unable to deny the possibility. Apple answered, "currently under evaluation." Sony says that it "could not find obvious results" that the company's products contain such cobalt.

According to Toru Okabe, a University of Tokyo professor familiar with rare metals, the reality is that it is difficult for makers of finished products to completely know their supply chains.

Stipulating the country of origin is not required by law for cobalt. However, it is for other minerals, especially gold, tin, tungsten and tantalum. These four are referred to as conflict minerals, and their procurement is regulated by the Dodd-Frank Act, enacted in 2010 in the U.S.

This regulation is aimed at preventing armed groups in war-torn regions from using money earned through the trade of mineral resources for buying weapons. Congo and surrounding countries are targeted areas. Cobalt was not included in the restrictions, probably because the mineral was not  considered to become a revenue source for armed groups.

Global smartphone makers are struggling to identify the country of origin for all of the raw materials used in their products. Even more difficult is trying to eliminate from the supply chain raw materials mined by children.

One promising solution comes from Dutch maker Fairphone, which investigates the supply chains through which raw materials are procured in efforts to start a manufacturer's movement for so-called fairer electronics. The company's fact sheet notes, "a 100% fair phone is in fact unachievable. But it is certainly possible to make products fairer than they currently are." Fairphones are designed to allow users to easily replace some parts. (Courtesy of Fairphone)

Fairphone, which focuses on supply chain transparency, has already sold 60,000 units of its eponymous mobile phone -- the Fairphone -- that look like any other smartphone. The company also considers longevity, with the hardware designed so that users can replace certain parts that break.

In comments made last December in a visit to Japan, Mulan Mu, project manager at Fairphone, said the company's staff actually makes trips to the countries of origin of components used in their products. She also said the company traces minerals from mines and smelters through to parts plants using a tagging system.

In the future, fair procurement may become a feature that attracts customers.