China's new construction rules to allow use of Japanese timber 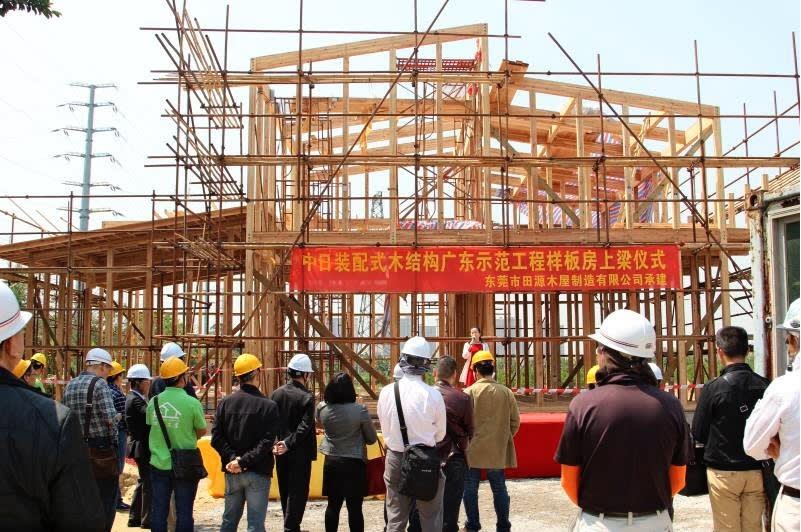 TOKYO -- With China opening itself up to Japanese construction styles, players here are looking to boost exports by tapping the strong demand for housing among China's growing and increasingly wealthier population.

China has updated its building codes so that traditional Japanese wood-frame construction can be used for houses. It will also allow the use of sugi cedar, hinoki cypress and karamatsu larch -- three types of wood that are commonly grown in Japan -- as beams, pillars and other structural components in housing, starting in August.

The Japan Wood-Products Export Association has been lobbying for the change since 2010. The group has actively promoted Japanese timber throughout Asia, building a model house in the Chinese city of Dongguan in July, as well as a showroom in Taipei in December.

"What's most important is consumption of plywood and other materials, not log exports," said Atushiro Inoue, head of the Japan Plywood Manufacturers' Association. The success of Japan's exporters depends on whether they can provide processed, high-value products that meet overseas demand.