Coal spot prices gyrate with every shift in Chinese policy 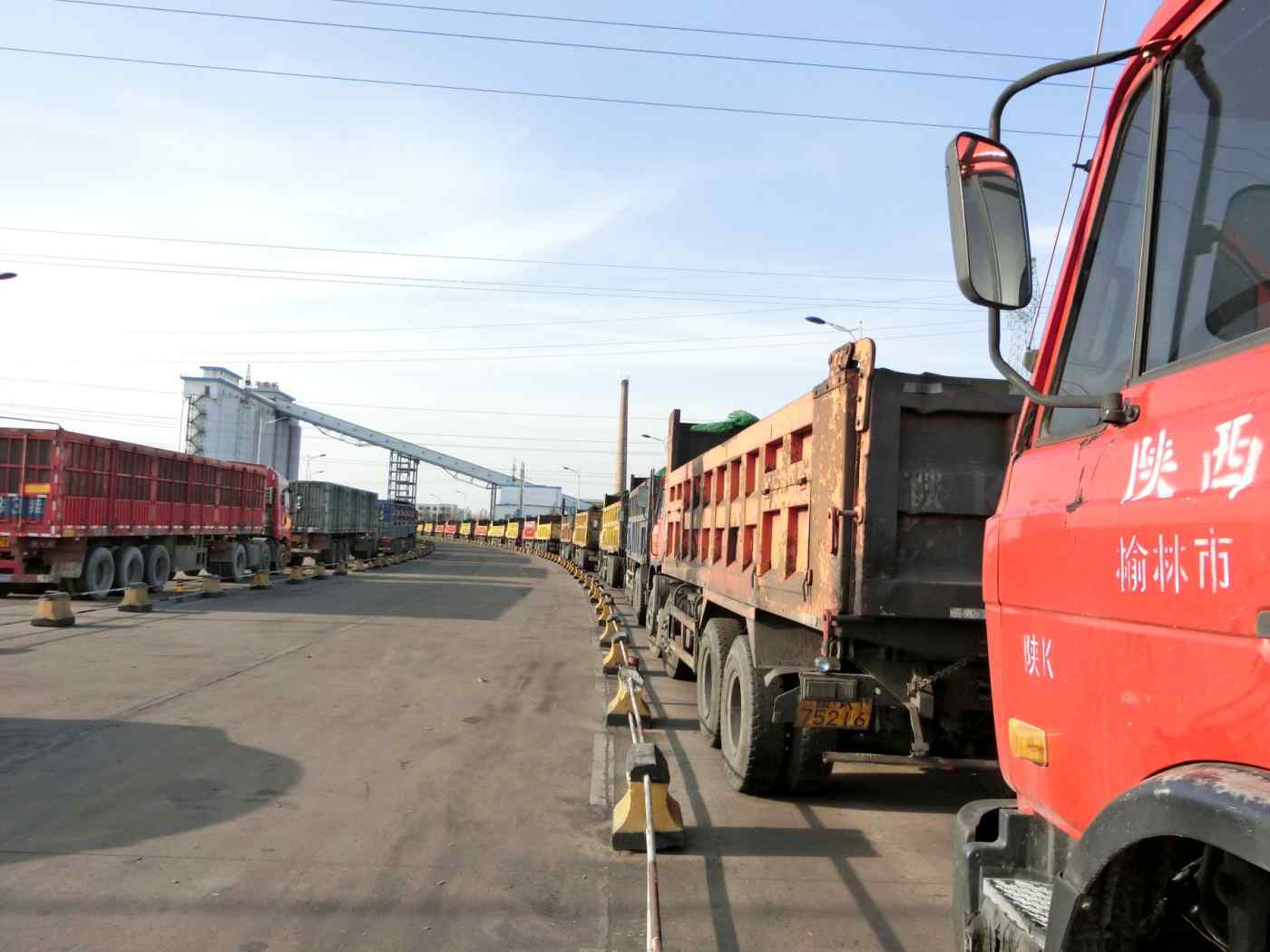 The Chinese government has eased recent curbs on domestic coal production, such as at this mine in the country's central Shaanxi Province.
January 31, 2017 18:35 JST | China
CopyCopied

China's energy policy has come to set the trend for international coal prices, as the resource-hungry country greatly expands imports. But its policy shifts are notoriously unpredictable, creating a problem for Japanese electricity producers, which are gradually increasing their spot purchases of coal.

Japanese utilities are worried that China's moves could have significant repercussions for electricity charges in Japan. Coal spot prices have been "at the mercy of China's policy," laments an executive at a major resource company in charge of trading in coal for power generation.

Australian thermal coal spot prices, a benchmark for the Asian market, were around $82 per ton in mid-January, off more than 20% from their recent high in November. 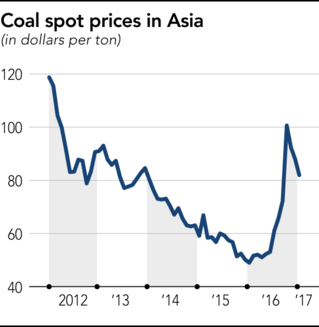 China has been the primary factor behind movements in the coal market in recent years. Coal spot prices had been trending down since 2012 due to a glut in the international market. Coal suppliers around the world increased capacity, expecting Chinese demand to keep growing. But the country's economic slowdown has stifled demand, leaving the market awash in the commodity.

Prices suddenly began rising in mid-2016 after the Chinese government announced plans last spring to curb domestic coal output to reduce supplies and improve the profitability of the country's coal industry. Beijing set a target of reducing capacity by 20% within three to five years, and cutting the operating time of mines to 276 days per year or fewer, from 330 days.

China increased coal imports to make up for the production cuts. After falling continuously starting in the second half of 2014, imports began to grow in May 2016 and surpassed year-earlier levels every month that year other than July. In November, imports came close to 27 million tons, the largest amount since December 2014. As a result, spot prices soared that month, doubling where they were a year earlier.

China's reduction in mine output pushed up domestic coal prices more sharply than expected. Then, concerned about a possible spike in electricity rates in winter, when demand surges, the government began easing restrictions on mine operations in September last year. Once again, prices turned lower as domestic production began bouncing back around November. Many analysts predict further declines. They point out that the currencies of major energy exporters like Australia and Russia have been weakening, lowering export prices in dollar terms and spurring production. In addition, China's backtracking on production curbs is likely to drive up domestic supplies, adding to the downward pressure on coal prices.

Other market players say the long-term supply contracts negotiated in the autumn of 2016 between China's big coal mines and utilities marked a turning point for the international market. The price that the two sides agreed on translates to an Asian spot price of around $80 per ton, according to one estimate. Spot prices below $80 tend to push up China's coal imports, putting a floor under those prices.

In Japan, the full liberalization of the retail power market in April 2016 has prompted incumbent utilities to review their coal purchasing strategies. They are planning to reduce purchases of coal through long-term contracts. Instead, they will buy more on the spot market, or through short-term contracts for delivery within one year, to take advantage of lower prices as opportunities arise.