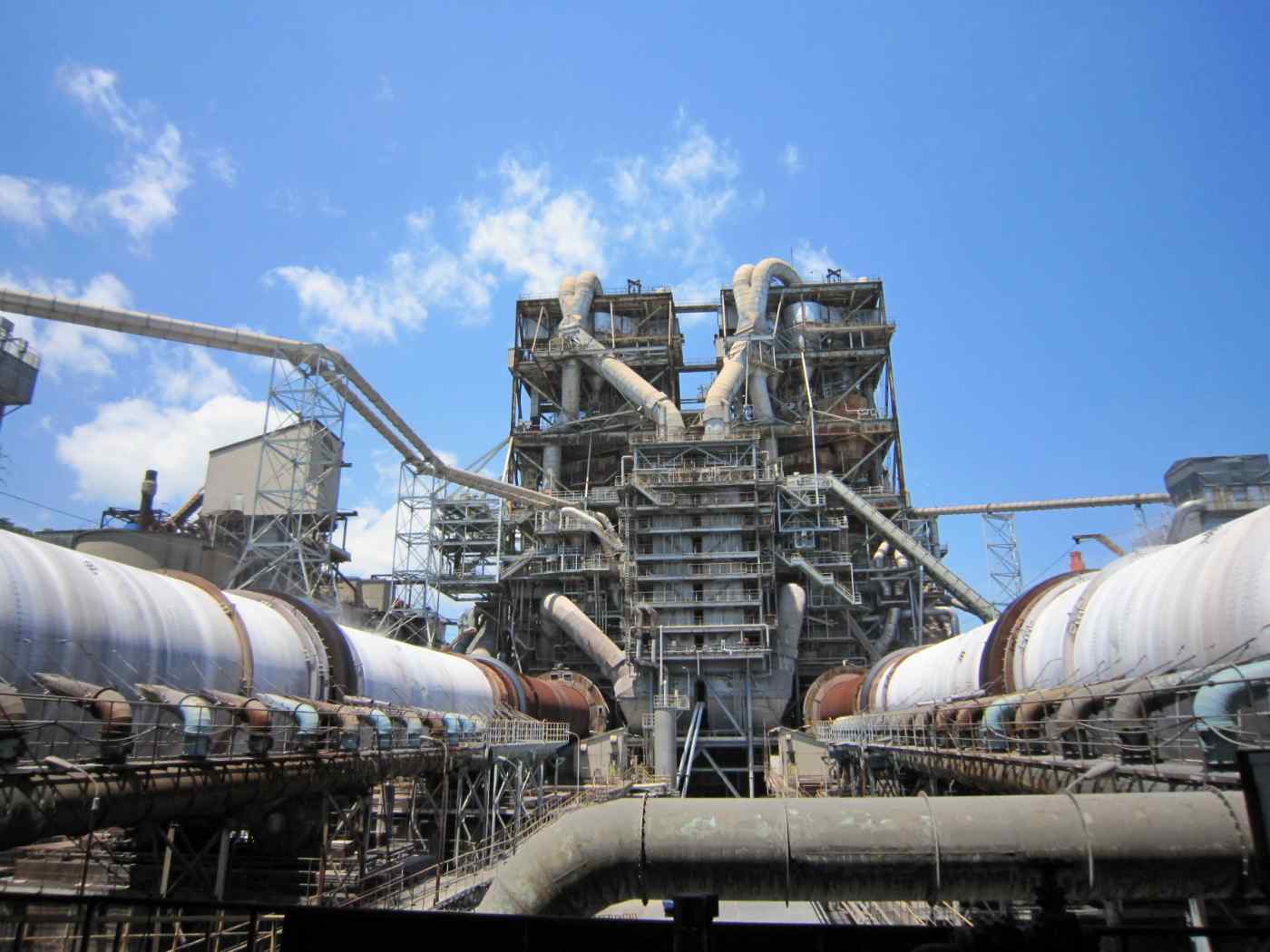 TOKYO -- Japan is shipping more cement abroad to make up for slack demand at home.

The country's cement exports for fiscal 2015, through this March, are projected to top 10 million tons for the first time in four years, according to the Japan Cement Association. The final figure is expected to be more than 6% higher than last year's.

Thanks in part to the yen's depreciation in 2015, Japanese cement producers see opportunities for bigger profits on exports. They are looking toward Asian markets, in particular, as demand for cement is growing as construction of ports and other infrastructure picks up. 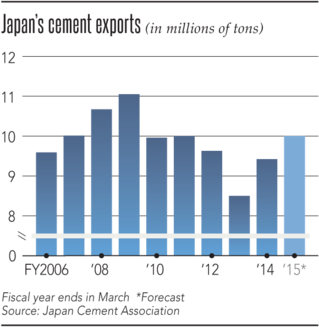 A cement plant in Kochi Prefecture, in southern Japan, has been boosting shipments abroad. The facility is the only export hub for Sumitomo Osaka Cement, which holds a 20% market share in Japan. The company had earmarked 1 million tons for export, out of the plant's 3.8 million tons of annual output. But an official at Sumitomo Osaka Cement said the current export volume is 5% higher than the forecast.

Singapore is the top destination for Japanese cement. In the April-November period of 2015, the volume rose 18% on the year to 2.37 million tons. Quite a bit of it is being used in airport and subway construction.

Australia-bound cement exports stood at 1.13 million tons, up 13% from a year earlier.

Overseas customers are becoming more diverse, too. Exports to Kenya and the Philippines are surging, though volumes are still modest.

Japanese cement has a positive reputation overseas. "The quality of the cement is good, and it does not crack easily," said an official at a major construction company based in Asia.

In response to the increased international demand, Japanese producers are building up their overseas capacity. Taiheiyo Cement, the nation's No. 1 producer, built a new cement silo in Singapore last year, boosting capacity by roughly 50% to 74,000 tons.

Back in Japan, however, all is not well. Cement makers are feeling the effects of reduced investment in public works projects.

Last autumn, the JCA cut its domestic demand forecast for the current fiscal year to 44-45 million tons, compared to its previous forecast of 46 million tons.

Domestic demand for this fiscal year is likely to come to 44 million tons or so, said JCA Chairman Fukuichi Sekine, who is also president of Sumitomo Osaka Cement.

Japanese cement companies could face another headache, depending on developments in China.

As that country's economy slows, Chinese competitors may try to cope by exporting more cheap cement. This would eat into Japanese producers' export profitability.