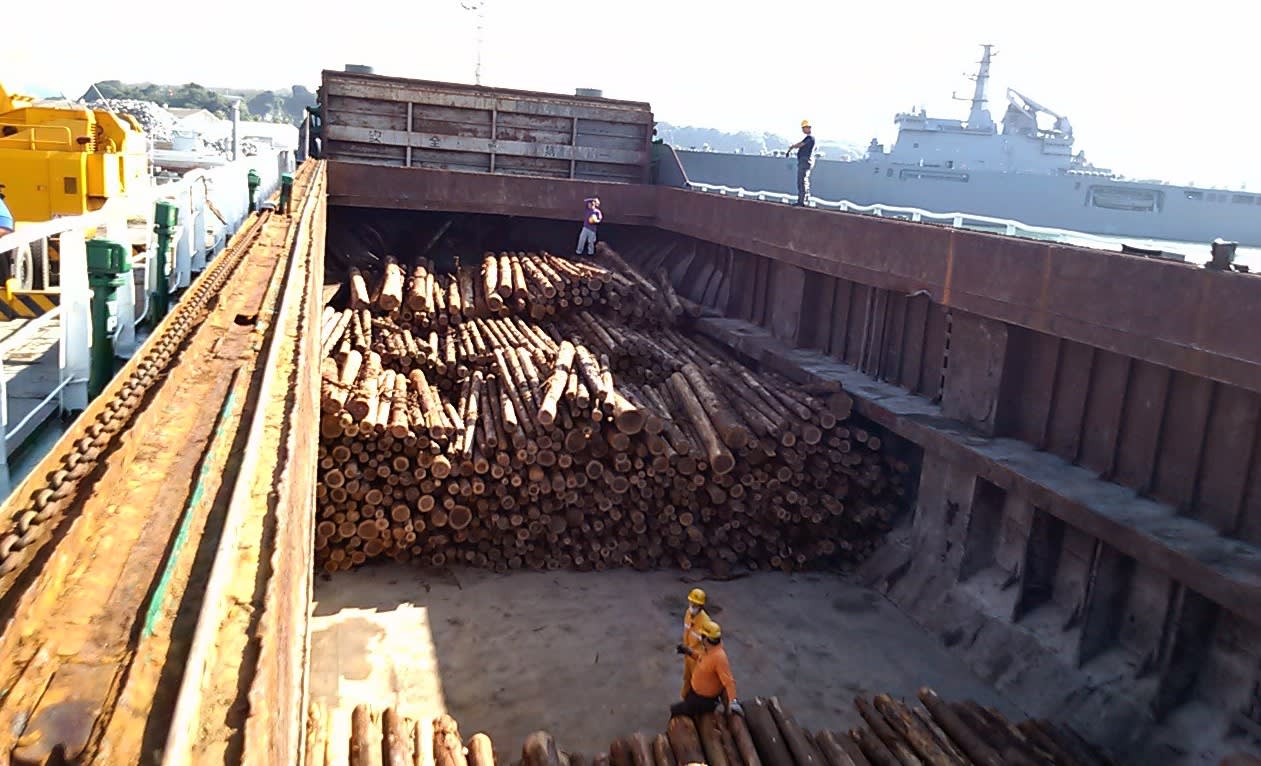 China was a major buyer of Japanese cedar logs in 2017.

Full-year figures will likely reach nearly 32 billion yen ($288 million), up more than 30% from 2016, even if the December count stays flat year-on-year at 2.4 billion yen. Exports for January-November jumped 37% from the previous year to 29.2 billion yen, according to the Japan Wood-Products Export Association. The total 2016 tally of 23.8 billion yen was already beaten by the end of September.

The 2017 export total would equal roughly one-tenth of Japan's wood production by value last year. Logs comprised the greatest proportion at 42% of exported products, with sawn timber making up 17%.

Export prices have also risen. Including freight fees, sugi cedar bound for China fetches about $130 to $135 per cubic meter, up about $10 from the summer.

China was the biggest recipient by value, taking in about 40%. Demand thrived for logs, especially sugi. The wood apparently went into products like planks and pallets for transporting industrial goods, as well as packing crates for items including electrical appliances.

This growth comes as "Japanese timber is relatively inexpensive at a time when prices worldwide are spiking," says a source at a sawmill operator in northeastern Japan. Products from the country are cheaper by several percent than those from New Zealand, a fierce competitor in areas such as crating materials.

Japanese timber prices have held fairly steady amid a stable balance of supply and demand. But prices of wood from North America or the southern Pacific, for example, have been on the rise, due in part to expanding demand in the U.S. and strengthening environmental regulations.

Fragrant hinoki cypress has grown popular among health-minded South Koreans. Shipments of sugi products to the U.S. for use in home fencing appear to be growing as well.

More and more Japanese companies are looking to snare overseas demand. In November, homebuilder Sumitomo Forestry notched its first exports to China of sugi logs produced in Nara Prefecture, adding to shipments of mainstay products from the southern island of Kyushu.

Hiroshima Prefecture-based timber producer Chugoku Mokuzai also says exports of sugi and hinoki timber are growing for markets like China, Taiwan and South Korea. For Japanese producing areas -- grappling with the aging of loggers and the decline of domestic demand -- growing exports may hold the key to revitalization.