TOKYO -- Shoppers in Japan may find themselves paying a few more yen at checkout for plastic bags in the weeks and months ahead, and electric cars may be to blame.

As petrochemical companies shift production toward higher-end plastics used in electric car batteries and auto body panels, prices for general-purpose polypropylene and polyethylene are at their highest in three years.

Polypropylene and polyethylene are general-purpose resins used to make plastic bags, films for food packaging and industrial pallets, to name a few. Higher costs for these materials are a blow to makers of these products. 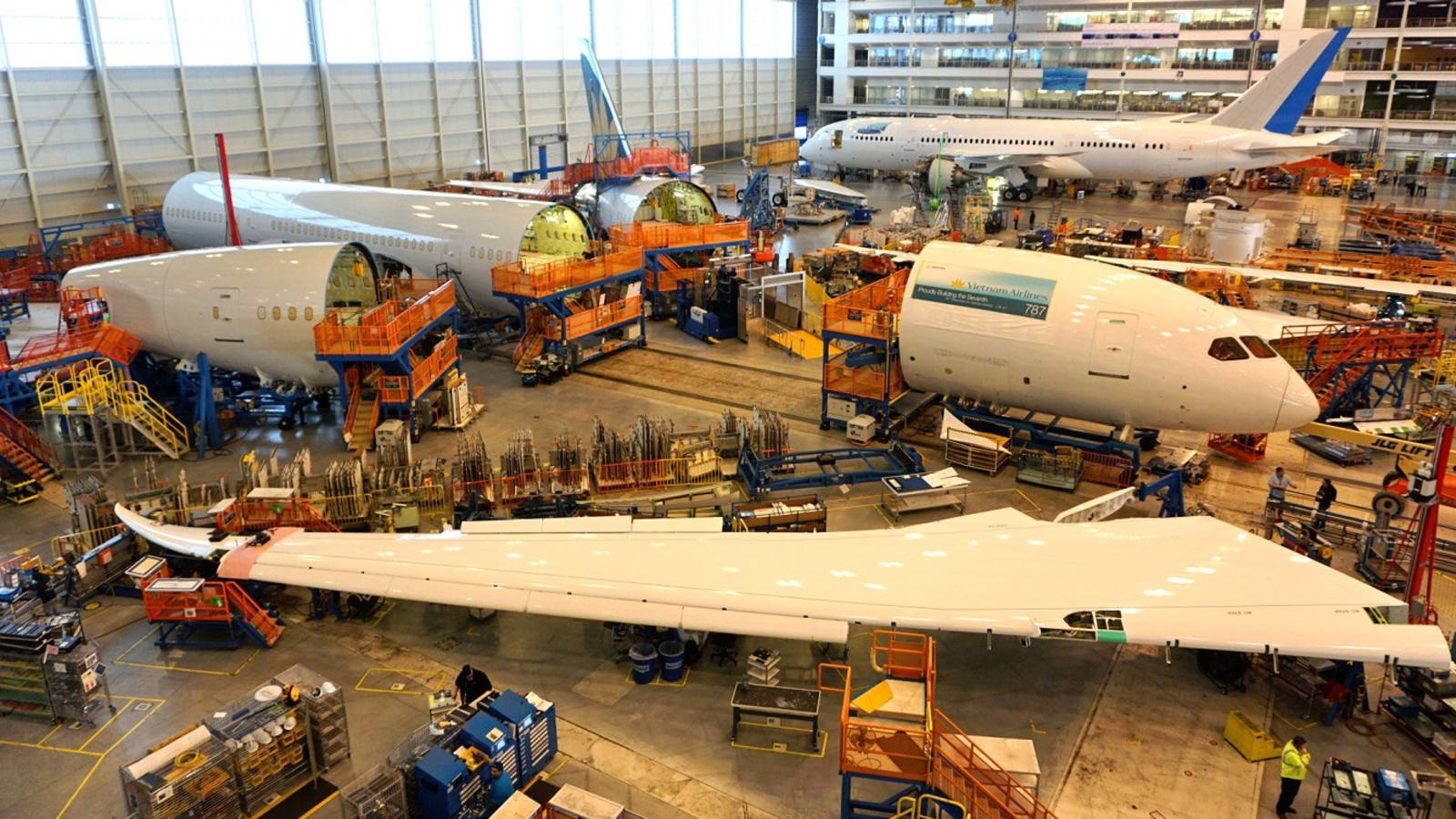 Production of these resins has fallen 20% over the past 10 years, according to the Japan Petrochemical Industry Association. After years of struggling with supply gluts and stiff price competition, manufacturers moved to slash output.

The tighter market these days gives them leverage in negotiations with customers. In October, plastics companies began demanding higher prices. "During the negotiation process, resin makers were so assertive," said an employee with Fukusuke Kogyo, Japan's top supplier of plastic grocery bags.

Prime Polymer, a big resin manufacturer, was the first to move. In mid-October, the company told customers it planned to raise prices for polyethylene and polypropylene, citing higher costs for raw materials. Other producers followed suit, seeking price hikes of 10 yen to 20 yen (9 cents to 18 cents) per kilogram from film makers and other major buyers. 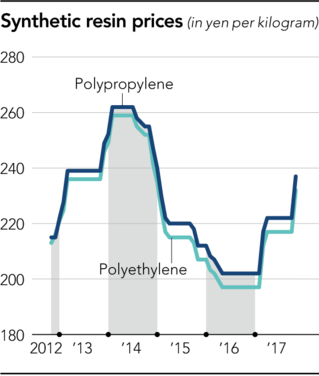 Price negotiations used to take three months, typically, according to a Fukusuke employee, but this year the talks were largely concluded within a month.

Meanwhile, petrochemical companies are increasing their output of synthetic resins for more specialized applications, such as lithium-ion batteries and car exteriors, as they take advantage of growing worldwide demand for electric vehicles. At Mitsui Chemicals, the parent company of Prim Polymer, high value-added products account for some 80% of synthetic resin production. Tsutomu Tannowa, Mitsui Chemicals' president, said the company will raise that share still higher.

Asahi Kasei President Hideki Kobori said shifting to high value-added resins is "inevitable" in the petrochemical industry, although that will not be welcome news for buyers of general-purpose resins.

Prices for resins produced in other parts of Asia are soaring as well, running 20-30% higher than in Japan. Demand from China is rising sharply, just as the country has cut domestic production in response to stricter environmental regulations.

With the supply shortage in the Japanese market and steeper prices overseas, "We can no longer say 'OK, we will buy from others,'" said a Futamura employee.

For the moment, the shift in the product mix of the petrochemical industry has given suppliers the upper hand in their price tussle with buyers.