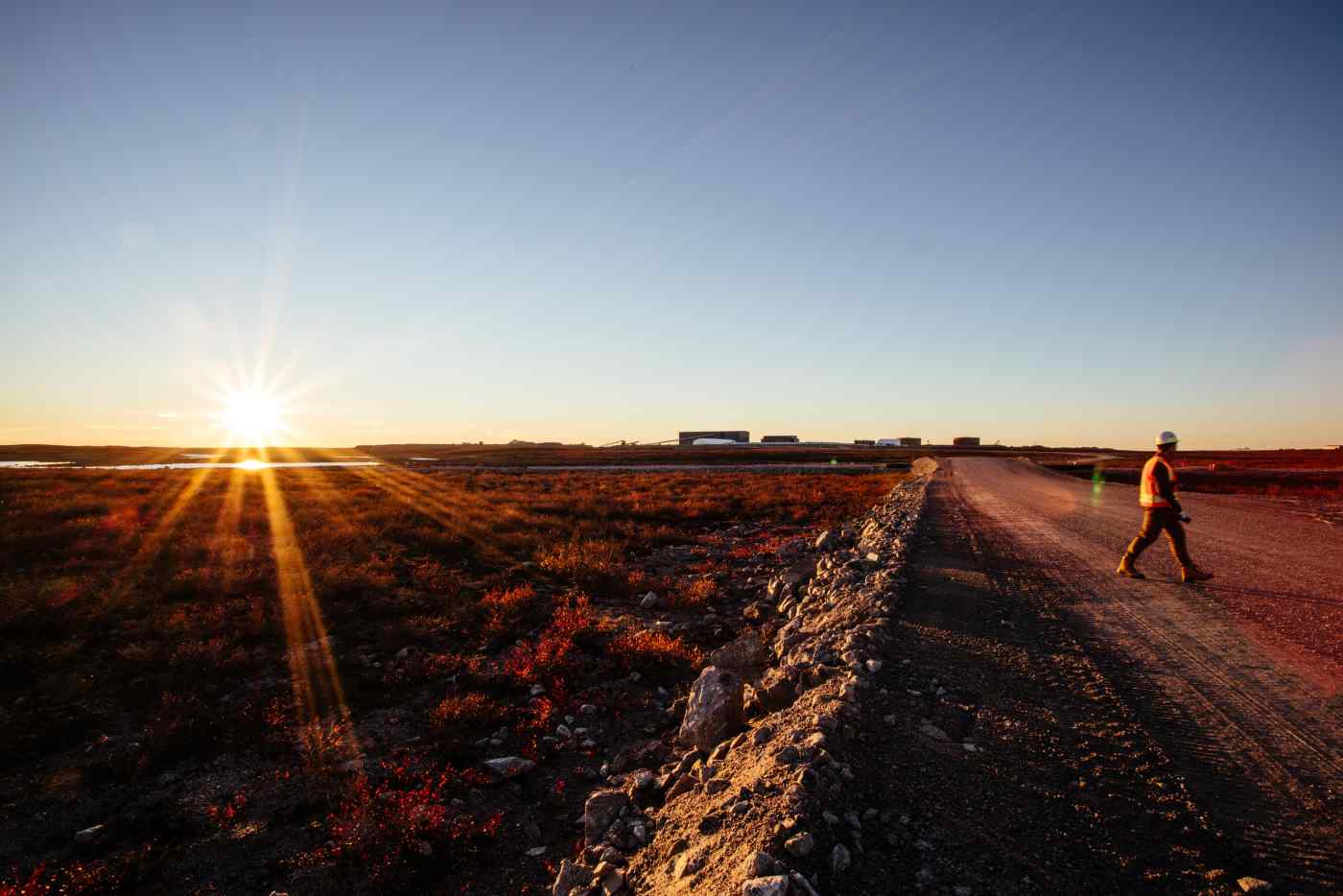 GAHCHO KUE, Canada -- Just to the south of the Arctic Circle, in the tundra of Canada's Northwest Territories, the speckled wilderness of scrub and silver lakes is split by a pit blasted into the granite. Giant Komatsu trucks pick across the landscape, tiny against the broad horizon of Gahcho Kue, the largest new diamond mine to be opened anywhere in the world for more than a decade.

The mine, operated by De Beers and opened on Sept. 20, is a self-contained village, with generators, kitchens, a fire service and quarters for hundreds of workers. In winter, temperatures drop below -40C, but the mine will keep operating, only shutting down during a "white out," when the snow comes in sideways and reduces visibility to a few meters. The company spends more than $5 million a year on an ice road stretching more than 400km southwest to Yellowknife, the territorial capital. The road is open for less than two months a year, and is the only way to bring up the machinery, parts and fuel needed to keep the mine running. Bears are sometimes a threat at the Gahcho Kue diamond mine in Canada's Northwest Territories, according to operations manager Craig Wessner (Photo by Peter Guest).

The Northwest Territories is an expensive and complex place to operate, but with global rough diamond production expected to peak in 2019, miners have had to push new frontiers and dig deeper into their existing mines to meet expected future demand. This has pushed up costs against a backdrop of short-term falls in diamond prices. In that context, Gahcho Kue looks like a rare prospect.

"It's very difficult to find an economically extractible diamond mine. They are very rare," De Beers' CEO Bruce Cleaver said in an interview at Gahcho Kue. "We think there are more mines to be found [in Canada]. We don't necessarily think they are mega-mines on the scale of the really big mines in Southern Africa, but we are after profitable production mines, and Gahcho Kue is a good example of that."

De Beers invested 1 billion Canadian dollars ($768 million) in bringing the mine to production, and is pinning its hopes on demand picking up in fast-growing Asian markets after a difficult 2015.

Chinese retailers overstocked in anticipation of growth in demand that never eventuated, leading to a glut of supply in the "midstream," where the stones are cut and polished. With their inventories bulging, retailers and cutters stopped buying. Rough prices fell by 15% and polished prices by 8%, according to research from consultancy Bain & Co. That bottleneck has now been shifted, analysts say, and buying at the major trade shows in Mumbai and Hong Kong, in August and September respectively, was encouraging.

"The largest producers in the world made a concerted effort towards the end of last year to rein in supply, and that allowed that supply-demand dynamic to shift," said Paul Zimnisky, a New York-based diamond analyst. "There's quite a few indications that that has begun to work."

The economy of the U.S., the world's largest diamond market, has begun to recover from the 2008 financial crisis, which has underpinned demand for luxury goods. However, the consequent strength of the dollar could have an impact on Chinese consumers. China is the world's second-largest market for diamonds and makes up 14% of global demand, up from 10% in 2010. An economic slowdown has cut the spending power of China's emerging middle class, while unfavorable exchange rates have limited the appetite for luxury purchases overseas.

Only around a third of Chinese luxury goods purchases take place in mainland China itself, with many travelling to Europe, Japan or the U.S. to shop. The dollar and the yen are both strong, while many Chinese tourists have avoided Paris since the November 2015 terrorist attacks.

"The Paris attacks clearly were an issue for the luxury world," Cleaver said. "Paris is one of the two great luxury cities in Europe, and there is no doubt that the number of Chinese tourists going to Paris is down from where it was. It has had some impact."

To a lesser extent, an anti-corruption crackdown in Beijing has reduced spending on luxury goods, in particular those typically given as gifts to public officials. Although diamonds do not fall into that category, Cleaver said: "It's not a non-issue... I think it's made people a lot more nervous about conspicuous consumption." 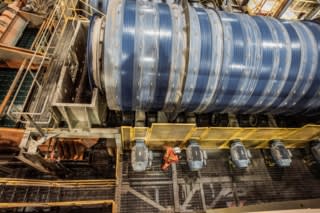 Giant drums sift diamonds out of crushed rock at the Gahcho Kue mine. (Photo by Peter Guest).

De Beers is still optimistic that demand will continue to rise. Cleaver said that Chinese consumers have become "much more savvy" and will look for destinations with weaker currencies to shop.

The prospects for the world's third and fourth-largest markets -- India and Japan -- are also uncertain. In India, retailers went on strike for most of April to protest against a new sales tax on cash purchases of jewelry worth more than 200,000 rupees ($3,000).

Cleaver said that while the mood at the Mumbai Fair in August was upbeat, "India's clearly been disappointing for the first half of the year... as retailers adjust to the new rules, I think you can expect a more balanced level of sales to happen. Hopefully the retail strike is not going to repeat itself."

Japan has been a shrinking market for diamonds for the past few years, after a marketing blitz in the 1980s and 1990s established the stones as part of the bridal market. That luster has gone, and diamond exports from Japan climbed in 2015 as consumers sold their second-hand jewelry. The country's ageing population means fewer weddings and a dwindling market for gifts. "Baby boomers generally are not big gifters amongst each other," Cleaver said. "And we know that millennials in Japan are in a very different space financially than their parents were."

Cleaver thinks that the diamond business may have neglected Japan in favor of fast-growing emerging markets and the U.S.

"I think [Japan] is an interesting example of why marketing is so important," he said. "Because as we and others have focused on marketing to places like China and the U.S., I think Japan's market share has declined. I think there's probably a correlation between those two [things]."

The marketing challenge is deeper than simply picking which market to push the product in, and when. De Beers has to invest heavily in maintaining the sense of value inherent in a diamond across generations. Gahcho Kue took more than 20 years from discovery to production and will run for at least a decade. Over that time, the Baby Boomer generation in Asia will have almost entirely given way to a millennial cohort with a different sense of value and less interest in tradition, which filters through into their demand for diamonds.

"They are not what their parents were," Cleaver said. "They don't think like them and they don't buy like them. So we think that there's an opportunity, but there's a risk that people don't adapt."