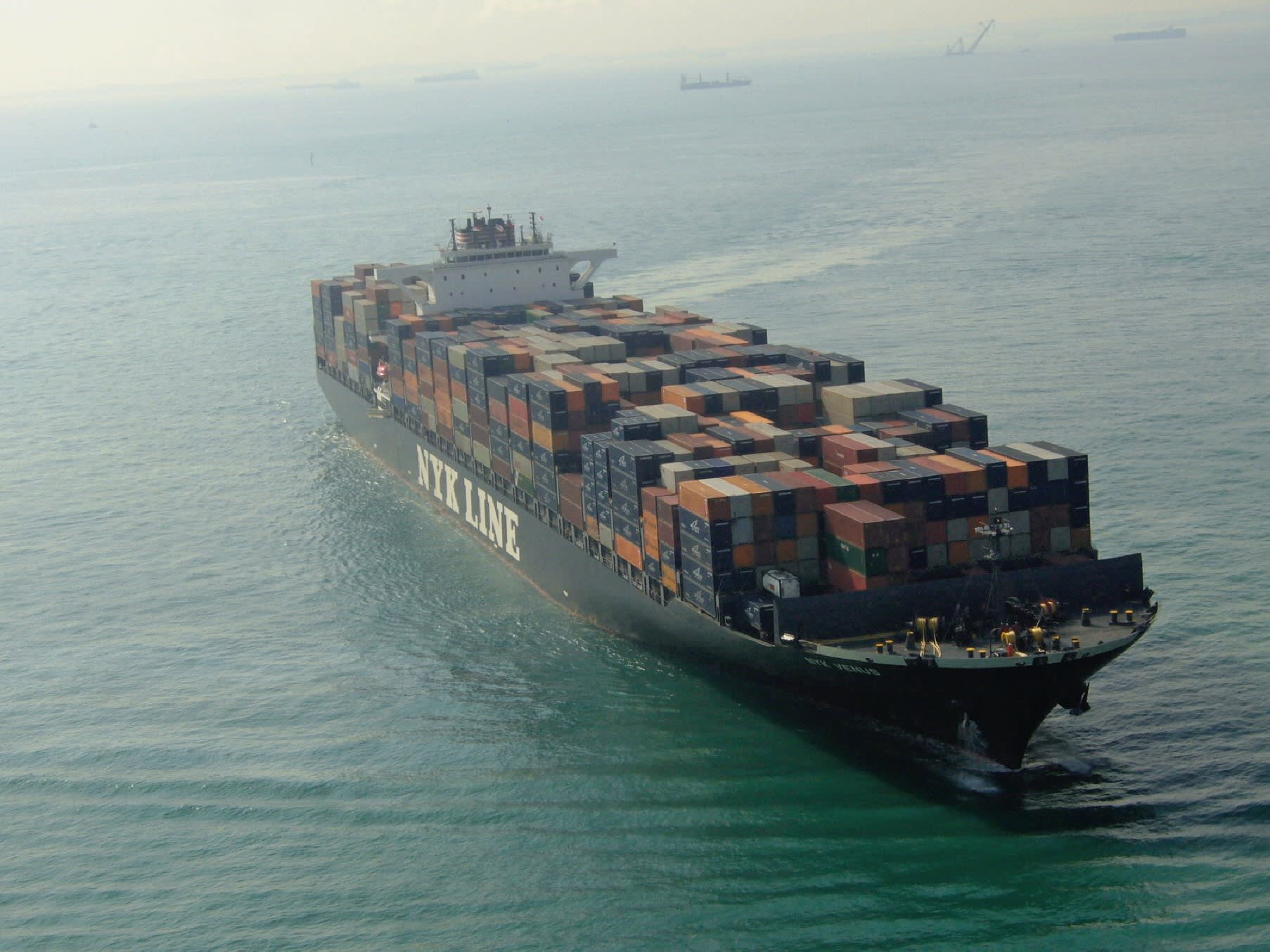 "Container rates on the Asia-Europe ocean route have fallen below an in-house break-even point for mooring ships," lamented an executive at one of the top three Japanese shipping companies -- Nippon Yusen, Mitsui O.S.K. and Kawasaki Kisen.

The break-even point is the point at which shipping companies decide to dock vessels to minimize losses when rates drop sharply.

Current spot rates for container ships are about $350 per standard 20-foot container on the Asia-Europe route, much lower than $1,400 to $1,500 seen as the minimal level for profitable operations.

Container ships carry a variety of goods, especially those related to personal consumption such as furniture, home appliances, clothing and automobiles, but shipping companies are now caught in the growing uncertainties of the global economic slowdown.

Rate decreases are particularly noticeable on the Asia-Europe route.

Because the travel distance on the Asia-Europe route is much longer than on other seaways, shipping companies have deployed ever-larger container ships to increase efficiency. However, they have failed to fill the shipping space that resulted from this move, and the excess supply from the successive introduction of large ships has brought graver effects to the shipping industry than a drop in demand.

In 2013, Maersk Line of Denmark began operating a ship capable of carrying 18,000 twenty-foot equivalent units, known as TEUs, the largest ever shipping capacity at that time. China Shipping, which is now called China Ocean Shipping (Group), put a 19,000-TEU ship into service the following year.

Mitsui O.S.K. Line will introduce a 20,000-TEU ship in 2017, while other large shipping companies have deployed ships capable of carrying more than 10,000 TEUs one after another. 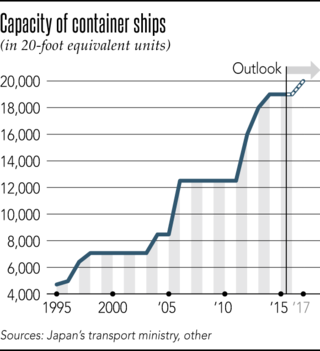 With container ships rapidly growing bigger in size, the shipping capacity on the Asia-Europe route has increased more than expected. In 2015, the capacity increased 5% from the previous year, but the volume of goods transported contracted nearly 4%, according to an estimate by Nippon Yusen.

The shipping industry is now mired in a negative loop in which fare hikes and large cuts repeatedly occur.

Overall, fares are declining on major shipping routes throughout the world as declines on the Asia-Europe route have generated spillover effects on Asia-U.S. routes and other seaways.

Companies have sought to improve operational efficiency, but found themselves caught in a wider supply-demand gap. "I wonder for whom we have adopted bigger ships," Kawasaki Kisen President and CEO Eizo Murakami said.

Shipping companies are seeking to strengthen earnings through an expansion of scale due to the difficulty of differentiating their services from rivals'.

Yasumi Kudo, chairman of Nippon Yusen, said, "We have no intention of selling our container ship business, and I believe the other two [Japanese] companies have the same stance." He added, "The market will stabilize if the number of players decreases through mergers and acquisitions."

With the consolidation of the industry underway and the chronic oversupply of shipping space showing no signs of abating, the situation remains opaque.