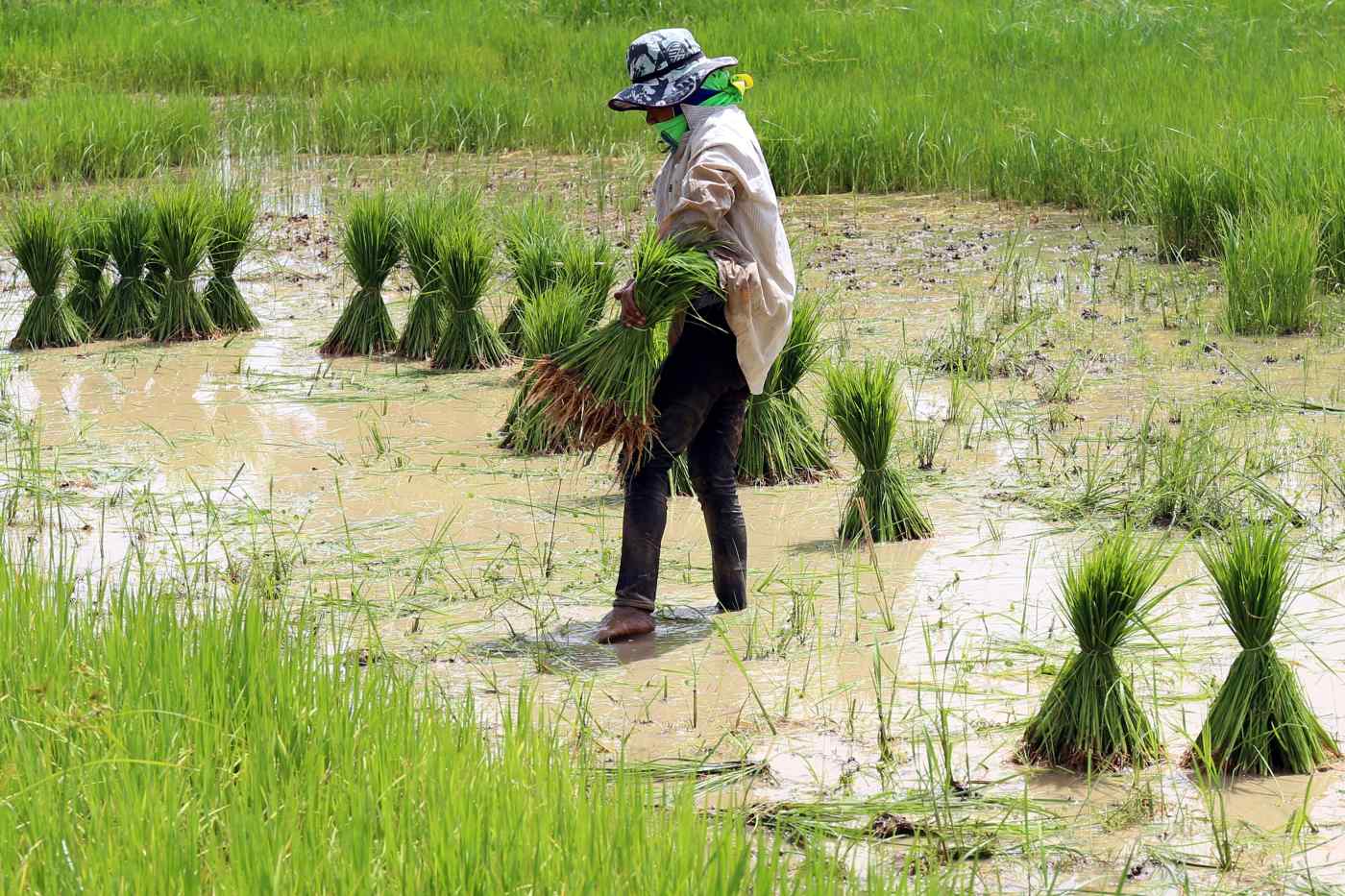 BANGKOK -- Thailand's production of premium rice has fallen this year for the first time since the country began growing the crop more extensively a decade ago in an effort to shift agriculture to more value-added export products.

Premium-grade white rice -- a long-grain, fragrant variety called hom mali, or jasmine rice -- is normally sold to upscale restaurants in China, Singapore, and Hong Kong, as well as some Thai restaurants in Europe.

The drop is due to both unfavorable weather and a U-turn in government policy. It will have an impact on overall rice exports for 2018 at a time when these are already challenged by the baht's strength against the dollar.

Total output of premium Thai rice is expected to fall by 40% to around 4 million tons from 6.1 million tons (in paddy base) in 2017, according to the Thai Rice Exporters Association. The association normally makes a fairly precise projection of the annual output based on surveys of farmers and the rice industry each March.

The initial target for this year was around 5 million tons. Farmers normally start sowing in May, near the time of the Royal Ploughing Ceremony in Bangkok at the start of the rainy season. Harvesting starts in October or November.

Production of premium rice rose until 2016, when it reached 6.1 million tons, and remained little changed in 2017.

The reduced output of premium rice and higher prices could result in a bigger overall drop in Thailand's rice exports this year. Jasmine rice accounts for 30% to 40% of total annual exports of between 8 million tons and 10 million tons, in milled base.

Charoen blamed the reduced output on excessive rains during the harvesting period that reduced yields.

He said offer prices for premium rice ranged between $1,150 and $1,200 a ton this week -- well above the $800 to $900 for comparable grades from Vietnam and Cambodia. The strong baht has made matters worse. The currency rose over 9% against the dollar last year, and has strengthened by another 3.9% so far in 2018.

Lower output was also a consequence of the military government's policy to devote less farmland to rice cultivation. Thailand's overall rice paddy acreage dropped by 10% to 58 million rai this year from more than 65 million rai in the 2011-13 period. (One rai is 1,600 sq. meters.) During that time, Prime Minister Yingluck Shinawatra's civilian government encouraged rice farmers to grow as much as they could.

Yingluck's cabinet was ousted by the military in 2014, and had introduced a rice-pledging scheme after taking office in 2011. The government offered to buy rice from farmers at well above market prices, strengthening its popularity among the rural poor. But government stockpiles swelled to a record-high of 18 million tons of milled rice. The military spent two years drawing down stockpiles. The scheme resulted in more than 600 billion baht ($18 billion) in losses. Official policy now encourages farmers to grow more alternate crops, including sugarcane, cassava, and corn.

Thailand will remain in second place this year, exporting some 10 million tons against India's 12.5 million tons, according to the U.S. department of agriculture. Vietnam is expected to come third with 6.3 million tons.